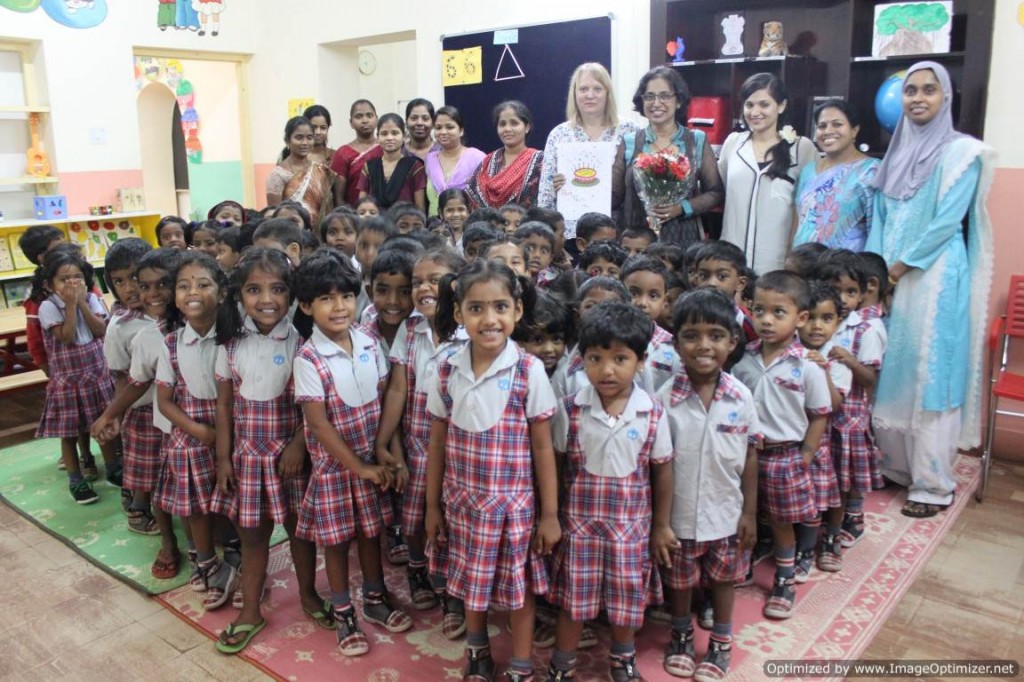 Fifty eight of our Freesia K5 students visited the Aerospace Museum. Children saw Airplanes, Helicopters, Jet planes, Parachutes, Fighter planes, and Rockets.  Diwali festival was celebrated in glamour with all children participating in school round activities held for this special occasion.  Preeti, Sonali and Sue, along with a few children fired the crackers.  Yummy sweets and fruits were distributed by them to all the children.  The celebration was very colorful and children enjoyed it thoroughly!

K5 Math: Numeration 6-10 was the focus of the month.  Activities like cards and counters, number plates, numerals rubbing, visual sets, and recognizing shapes by using blocks to create a triangle and square. They also learned the skills like adding, matching the objects, telling numbers orally from 1 to 100.

This month K5 learned Math for the first two weeks and the remaining two weeks were spent learning modes of Transport – “Air transport” to facilitate the understanding of Air planes, Helicopters, Jet planes, Rockets, Air balloons associated to the field trip of this month. 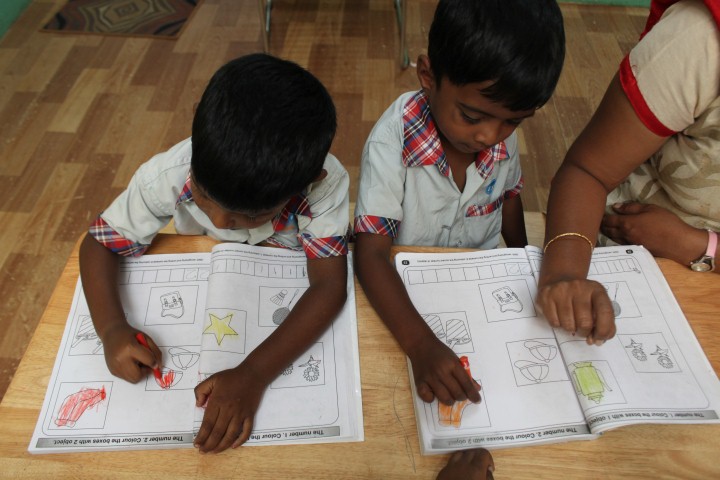 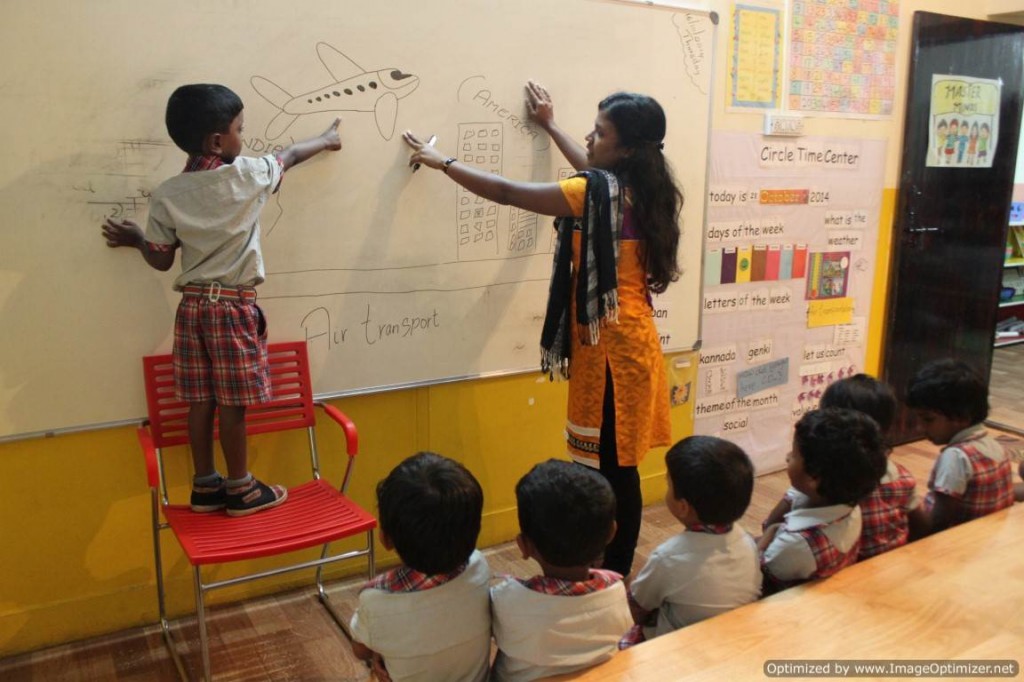 K5 English:  Tricky words learned were; only, old, like, have, give, live, little and down. Also, children learned the blending words from word bank. 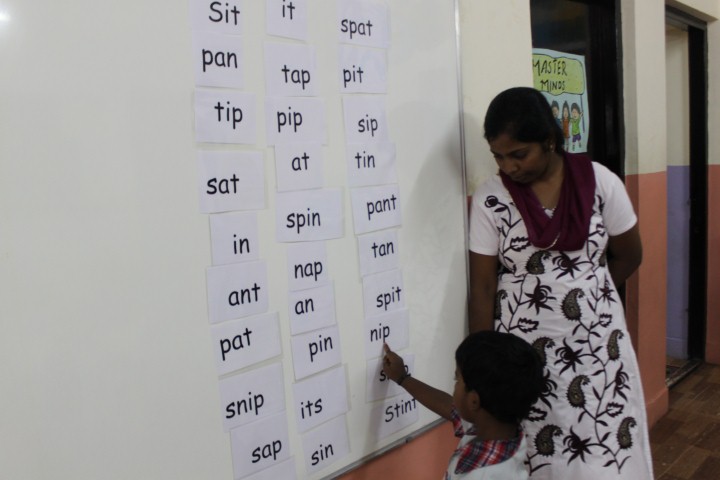 K4 Social Science:  This month they learned about the weather and to dress according to the weather.   Also, children learned different types of clothing people wear.  An activity was done in the classroom with sticking various types of clothes on the chart paper used for various seasons.

Children learned that plants are living things.  They learned plants needed water, sun light and nutrients to stay alive and grow.  They read a book on “Little ant learns that plants have parts”.  Classroom activity included learning different parts of the plants, naming the parts and art activities to reinforce the concept. 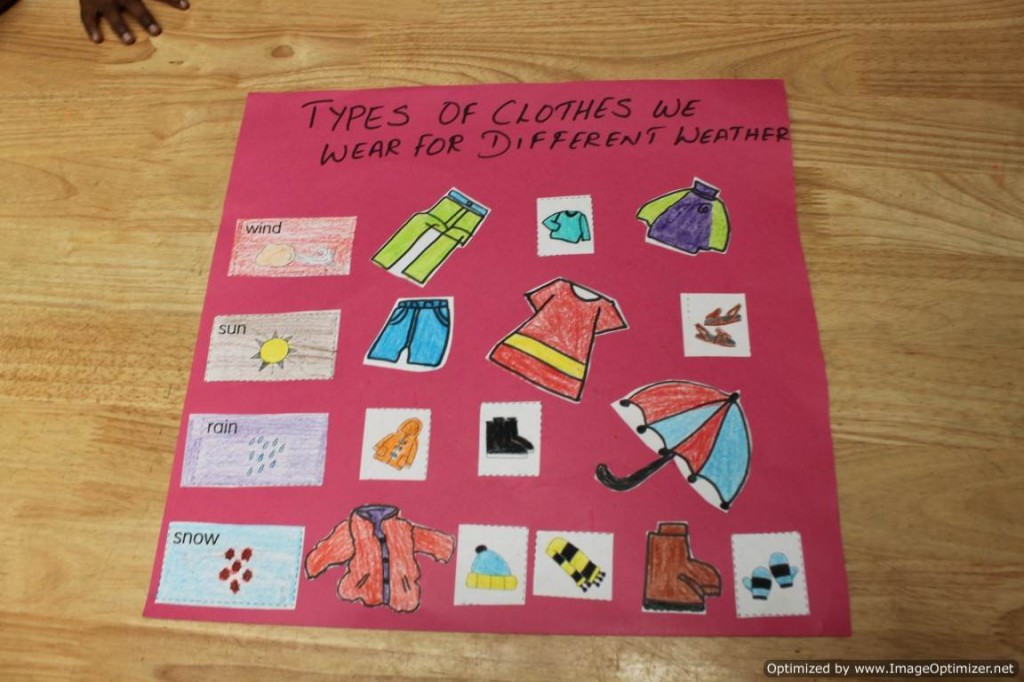 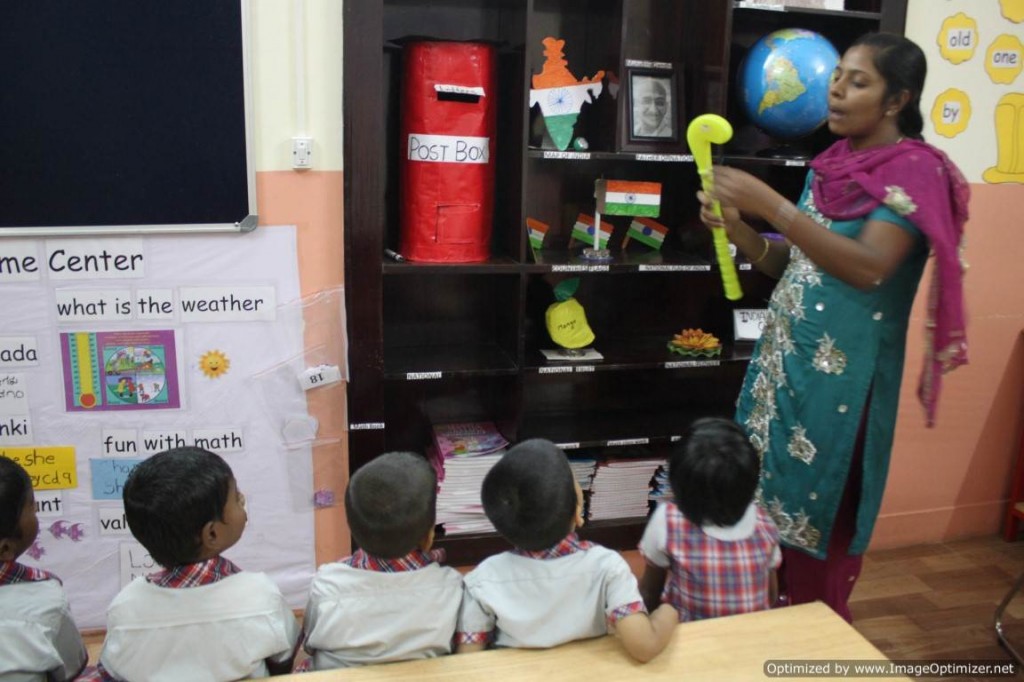 K4 Genki English: This month they learned numbers from 13 to 20 with songs, using words, pictures, mini lesson, song-game and karaoke.  Usage of words like “I, you, he, she, we are happy”.  They also learned to answer questions like “How did you get here”, “What`s your favorite color?”.

Character Development K4: The focus for the month was “unselfishness”.  Children learned that they should not be selfish. They learned not to fight with friends or with brothers and sisters while playing and to share their things with each other. 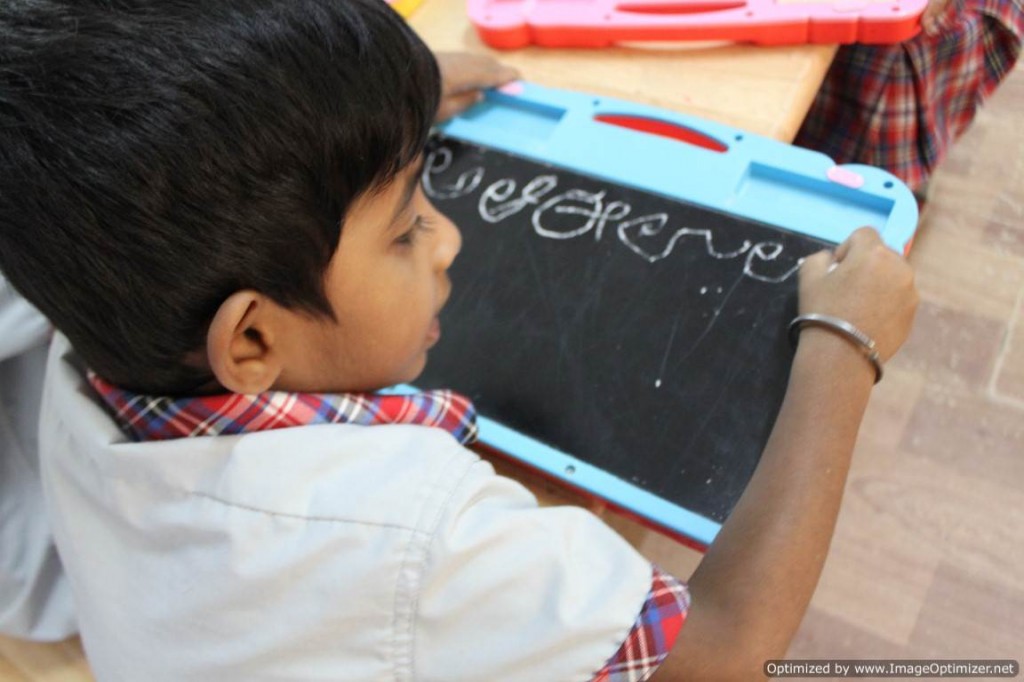 K4Library time: Children read the book “A NEW HOUSE FOR THE MOUSE”.  They learned a good lesson on sharing and caring to solve a problem.

K5 Library time: “Rain” is a story about how important rain is, in a hot country.  It tells about how the animals look forward to the rain and how they can use their senses to predict its arrival.  They were introduced to the smell, sight, hearing, feeling and tasting senses through this story. 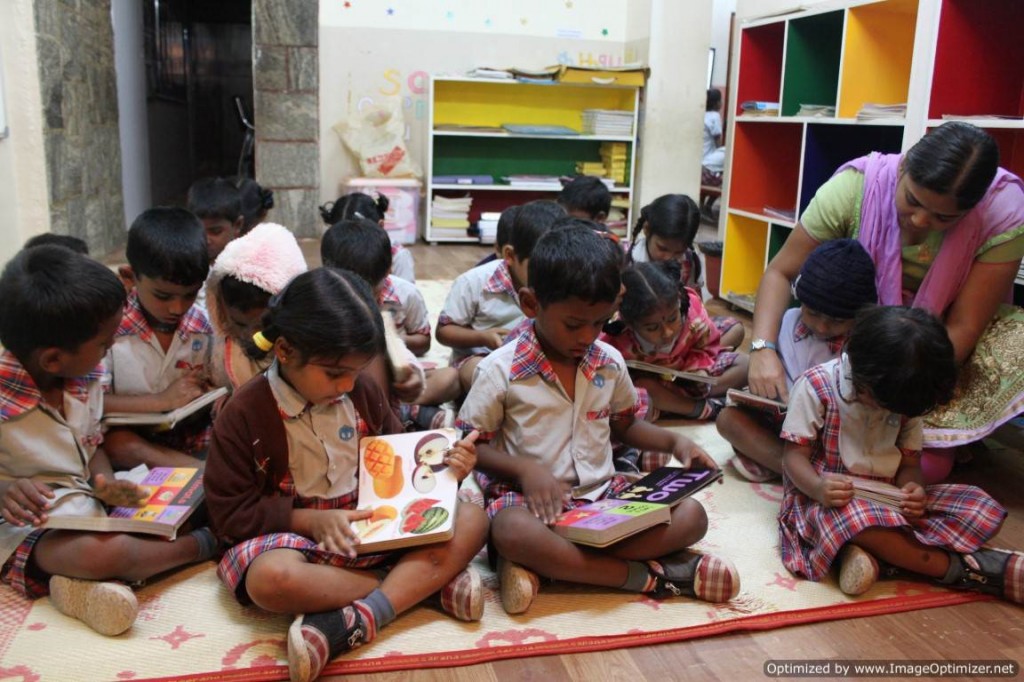 Well planned nutritious meals were served for breakfast and lunch.  Meticulous, non-repetitive menu planning was done by the center head which was cooked and served under hygienic conditions.

Sue Griffith visits our school regularly to assist K5 teachers in classroom with language, phonics and writing practice.  She has been of great help to the school.  Thank you Sue for your help in Freesia classrooms! 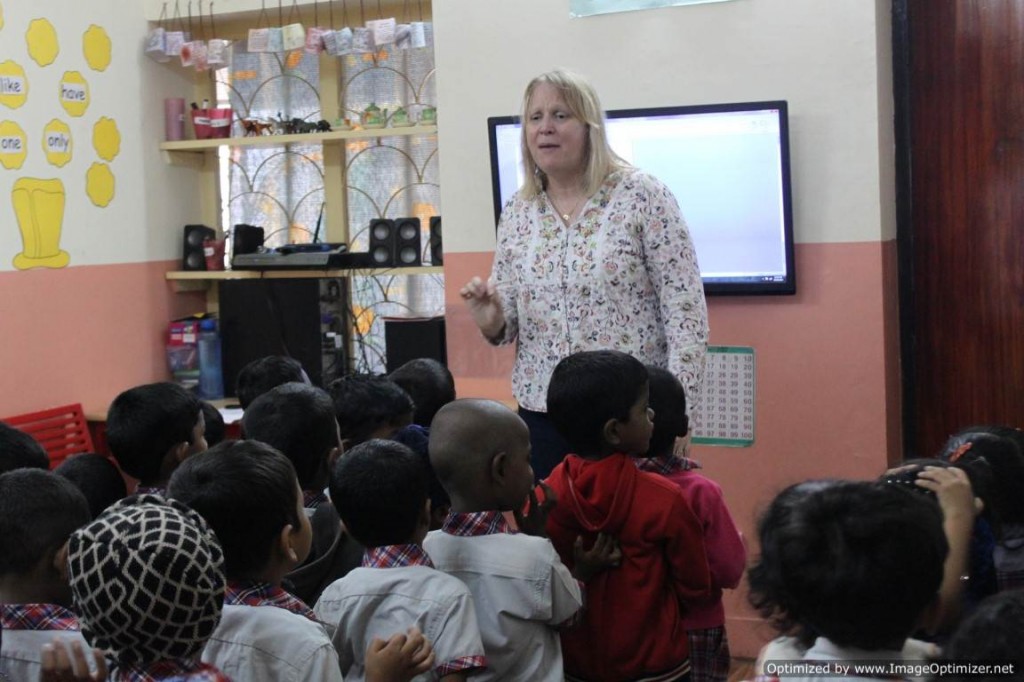 K5 Field trip:  The highlight of the month being the field visit to the Aeronautical museum.  A visit to the Heritage centre is a most spectacular feast for the eyes, unseen anywhere in the country. HAL has given Bangalore the unique status “City of Aeronautics”. Models of airplanes since 1940’s are on display.  Children learned about Air Transport in their classroom sessions.  Also, kids enjoyed making paper air planes in the classroom, tossing them and pretending they were flying up in the air! 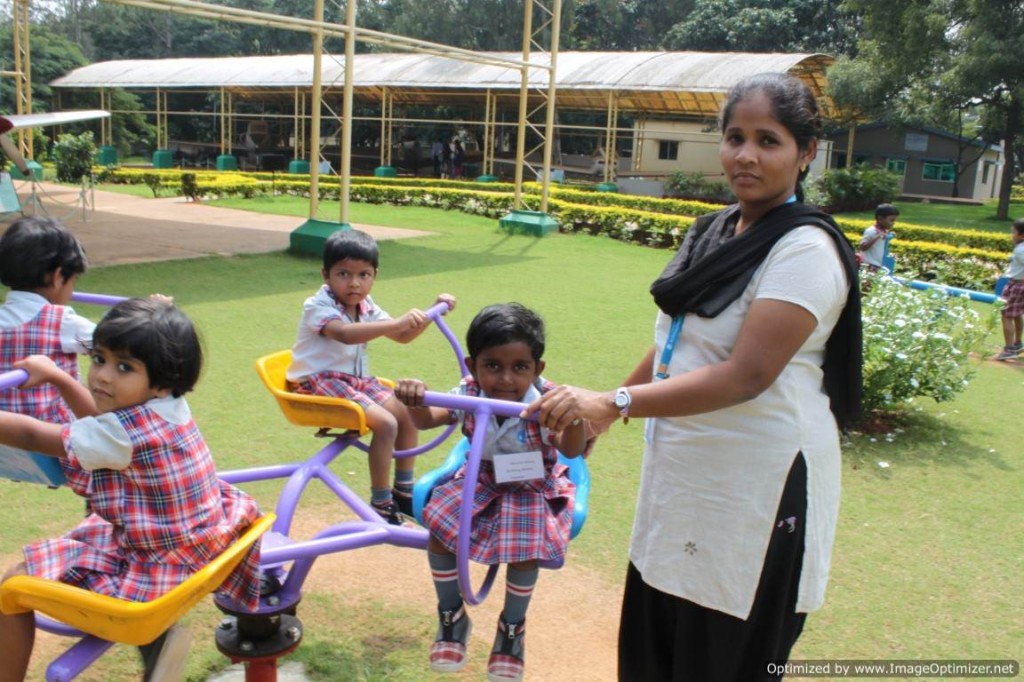 Diwali also known as Deepavali is an ancient Hindu festival celebrated in autumn every year. The festival spiritually signifies the victory of light over darkness, knowledge over ignorance, good over evil, and hope over despair. This festival has relevance to the work that ABC-BB does – “providing a hope over despaired children by setting in the stepping stones of success through education” 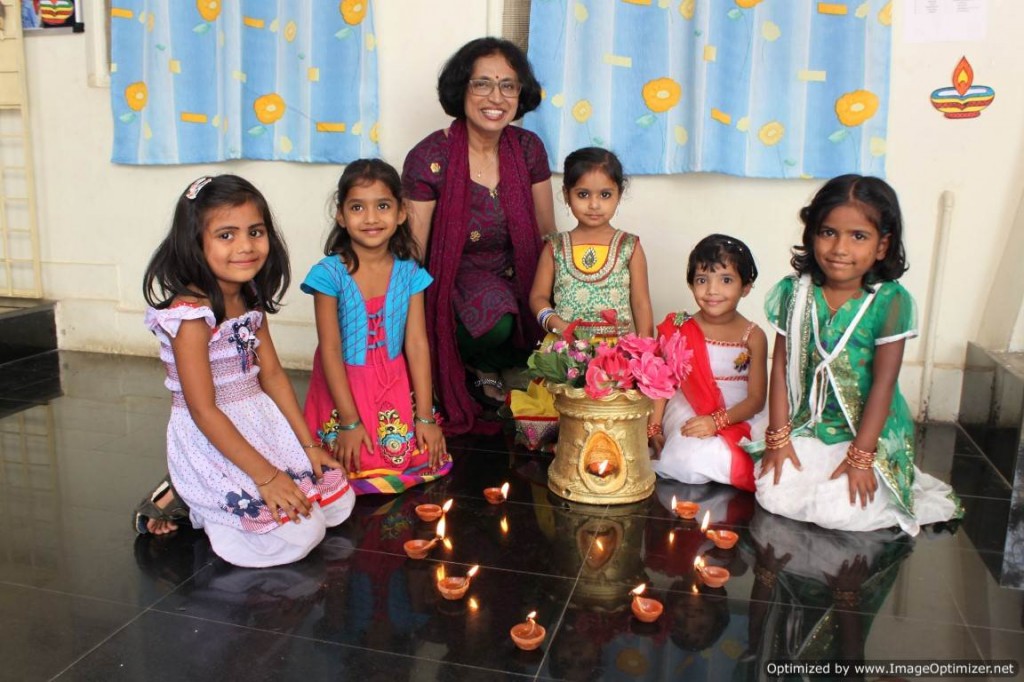 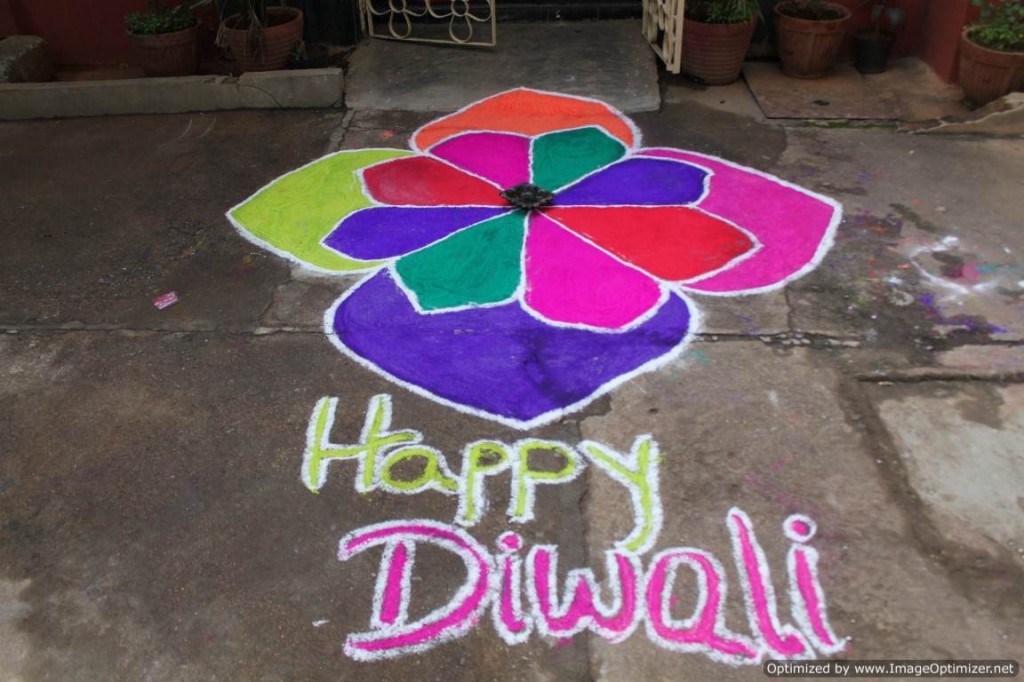 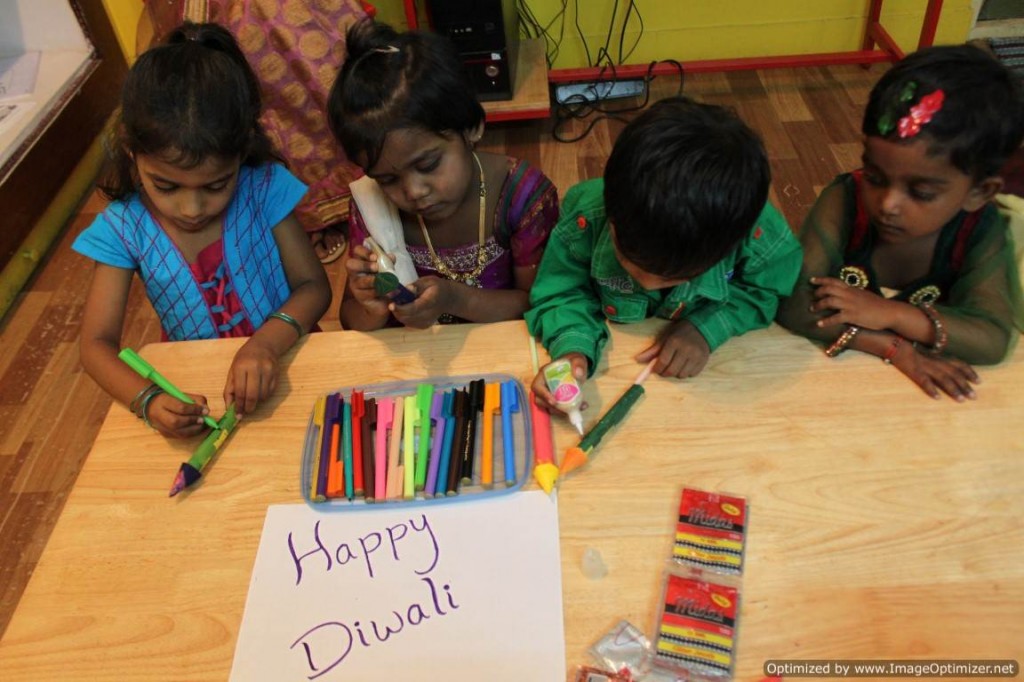