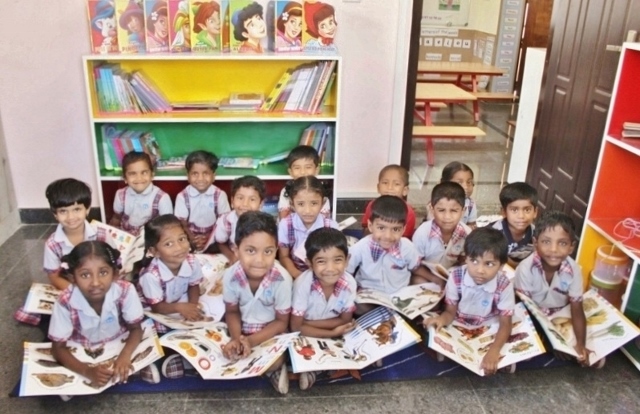 At the end of 2015, we express happiness in sharing that Freesia School has progressed well in all aspects despite many challenges of moving the school into another building, two months into the academic year. The new building was setup quickly and the children, teachers and support staff adjusted fairly easily to the new environment. In the new school building, there is a good quality lighting and ventilation system, two large halls that are used either as classrooms or as a meeting room for all children to gather for special occasions, a huge open area for children to play in and a total of 6 rooms used as classrooms.  ASP classes with 15 children with a very regular attendance and steady performance in their respective schools is also commendable.  Team Freesia’s efforts needs a special mention here in the progressive way they supported getting the school to live up a better standard year after year! 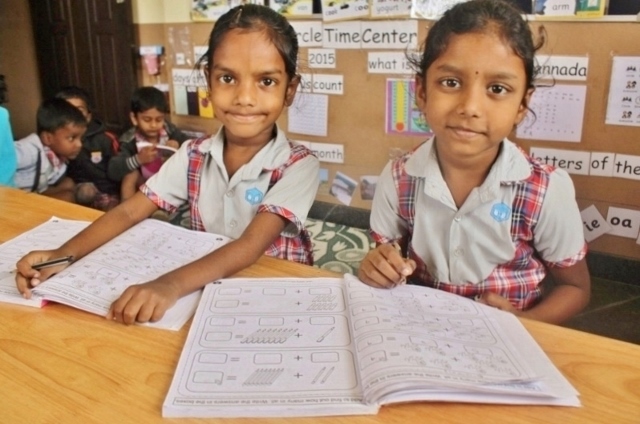 K4 learned counting numbers orally from 1 to 50, recognizing even and odd numbers from 1 to 20, counting multiples of 2’s for numbers from 2 to 50 and identifying what comes before and after a number from 1 to 10. 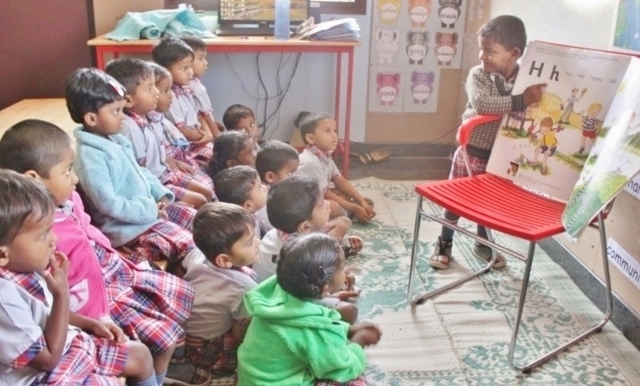 K5 learned new sounds of diagraph for ue, er, ar. Children learned tricky words like why, who, only, saw, have, live and have high frequency words like her, see, big, him and out through many examples.  In English work book, children wrote the missing diagraphs and read the words by joining the picture to the sounds of ai, ie, ee, oa, oo.  They also learned to read simple readers with words – Big and On in it. 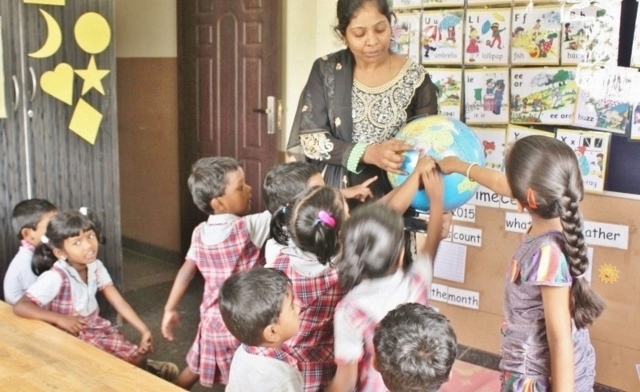 Teacher showing the model of Globe to K5 kids

In Social Science K4, children this month continued learning about plants.  They revised on naming different parts of the plants and their uses. Also, they learned about seeds and many ways the seeds travel from one place to another. Finally, they were able to understand about different plants needing different places to grow optimally. Also, they learned about oceans with a story on Maggis’s trip to the ocean and what one can find near the shore.

K5 this month learned about the globe being covered with both land and water. 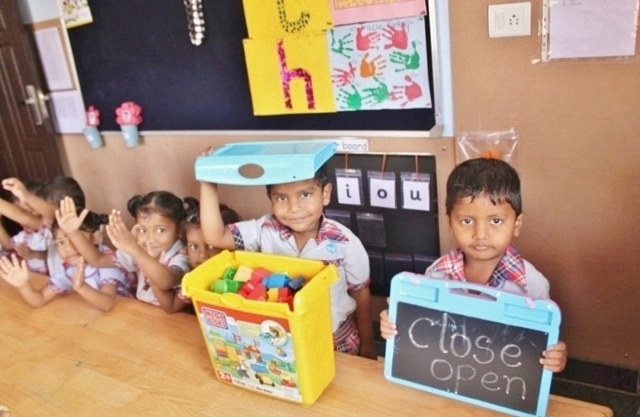 Fun with Math for K3

In circle time, children learned to greet one another and to reply to one another. Theme of the month for circle time was on birds and transport. Stories like Benny visits the farm and The donkey and the lion were read to them. There were revisions on colors they have learned and shapes like circle, square, rectangle, oval, diamond and crescent.  Learned rhymes associated to the holiday season like Jingle bells, Santa Claus is coming to town and We wish you a merry Christmas. Class room rules, School’s name, Teacher’s name, Founder’s name were revised again for them. Telling the days of the week and months of the year orally were repeated this month too.

In Jolly Phonics Phase one children learned to follow the sound and words about sounds. They learned lessons on Rhythm and Rhyme with activities and stories like the Pied Piper.  Revision of letter sounds for s, a, t, i, p, n, c, k was repeated again.  Introduction of the letter e, h through sounds, flash card, actions, game, jolly song was achieved.  Various forms of practice on writing like the free form letter formation writing, air writing, sand writing, slate writing and class work writing were done for the kids.

Community helpers like the farmer, waiter/waitress were discussed and charts were shown to them.  On the topic of health and safety, children learned about the benefits of drinking plenty of water and playing outside was discussed with them.

In character development, being helpful and cheerful was talked in the class.  Language enrichment happened with words like open/close, day/night and hot/cold

In Fun with Math, children learned sorting by color, size and by shape.

Children are encouraged to play in our outdoor playground. Every day, 15 minutes of physical activity is included in the schedule. This month too, children played outdoors whenever weather permitted. 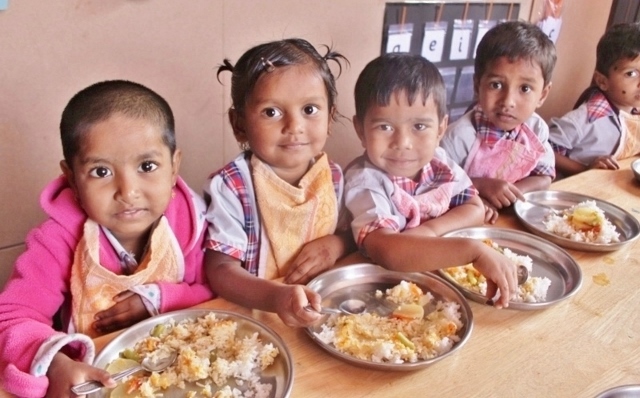 Well balanced nutritious meals were prepared and served every day.    We have a balanced menu for all six days of the week.

Children were served with breakfast and lunch on all working days.  A total of 2,408 meals were served for our children 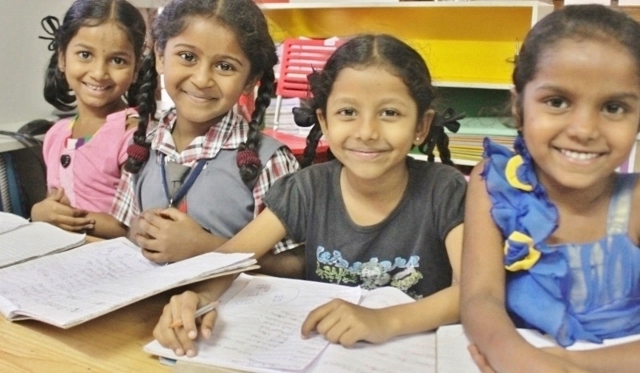 With a total of 15 students of grades 1 and 2 the ASP program is going very well. This program helps the students in the evening with their homework which they bring back from their respective schools. This program is a supportive program which assists our previous graduates to keep up with their school work. This month the program ran for 14 days with a total attendance of 199 children and children spent revising all the subjects for the upcoming exams in their school. 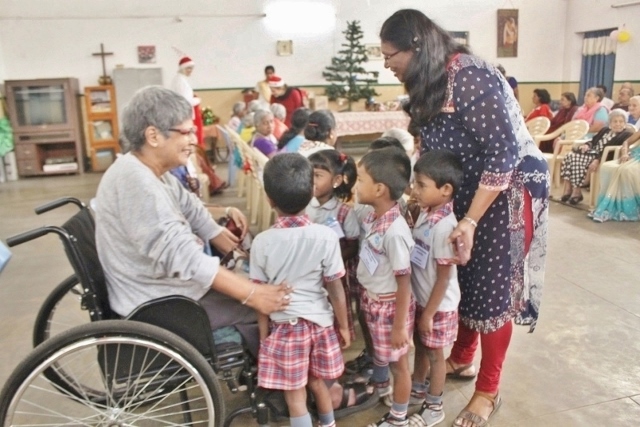 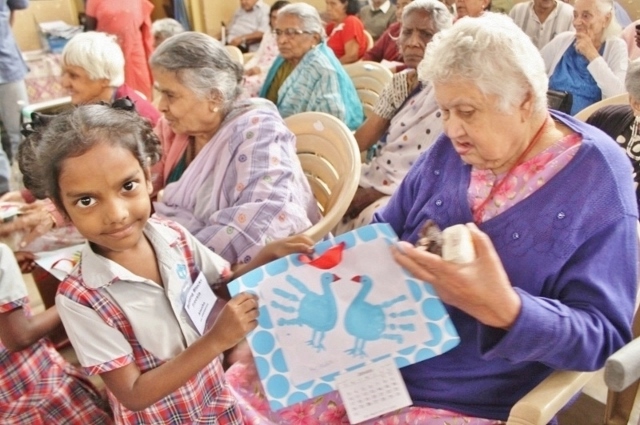 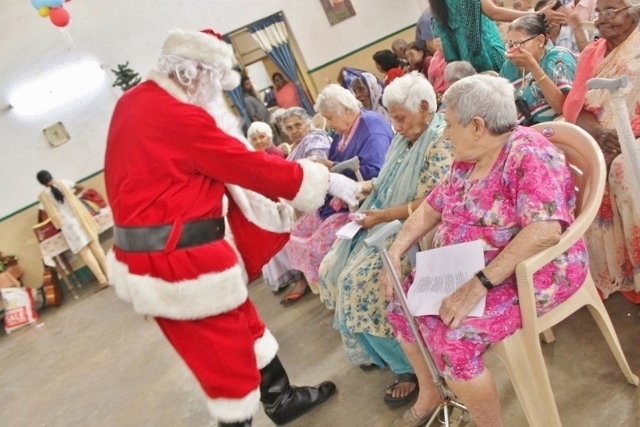 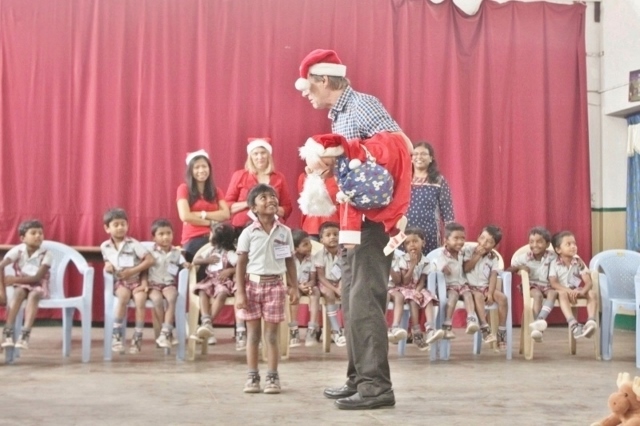 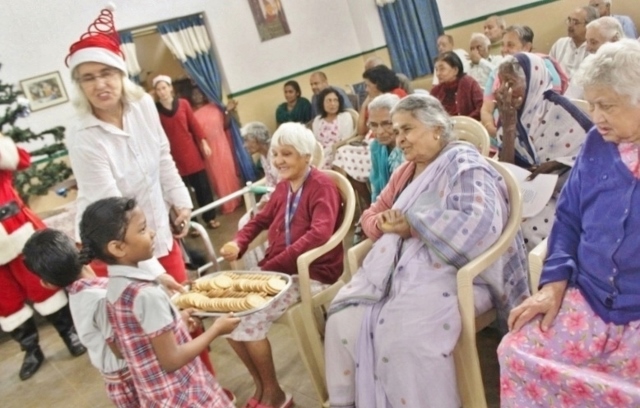 This month all K5 children were taken out to meet the residents of an old age home for a Christmas celebration.  K5 children performed dances and sang Christmas carols like Rudolph the Red Nose Reindeer and We wish you a Merry Christmas to make the elders happy.  Also clown Joseph entertained the children and the residents with his tricks and songs.  Finally, the children distributed gifts, snacks and handmade calendars they made to the residents. 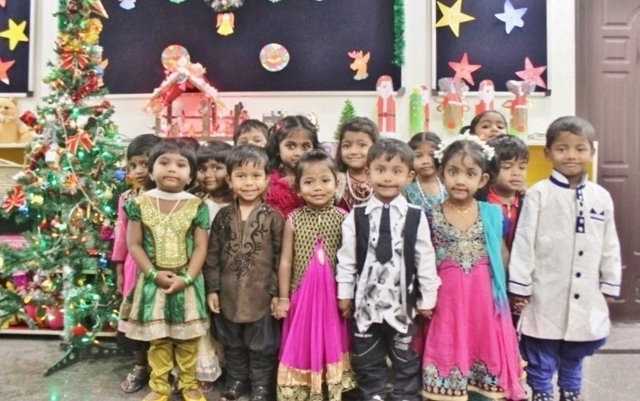 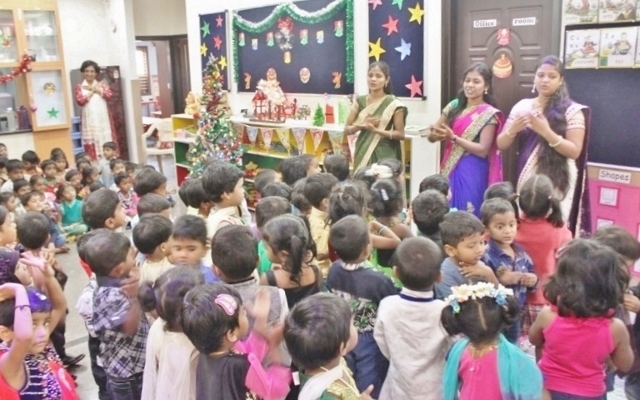 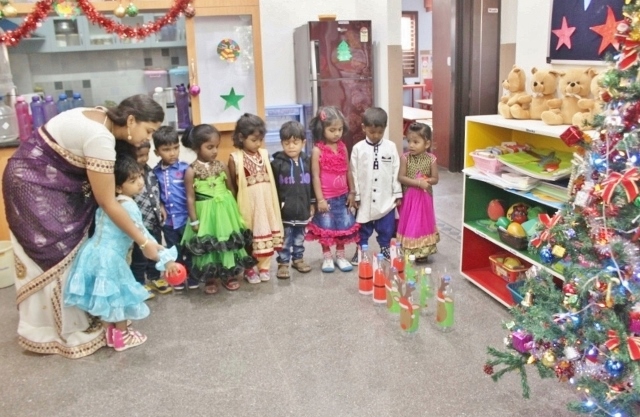 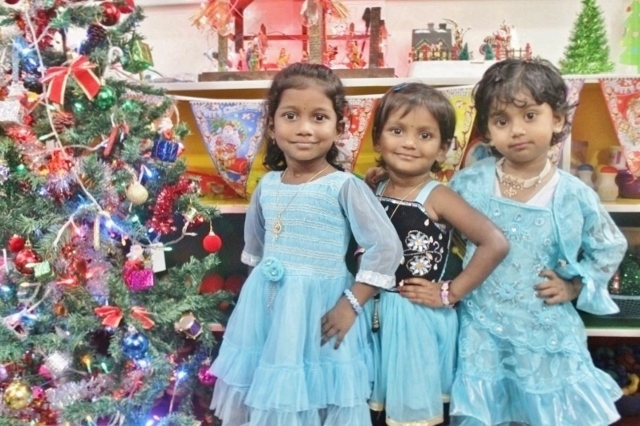 Christmas celebration at Freesia school was special with decorations, X-mas tree, stars, balloons, bells, gift boxes etc. Kids came dressed in their best clothes. Dances and games were arranged by the teachers to entertain the children. On this occasion school had a feast with delicious food and sweet treats for the children.