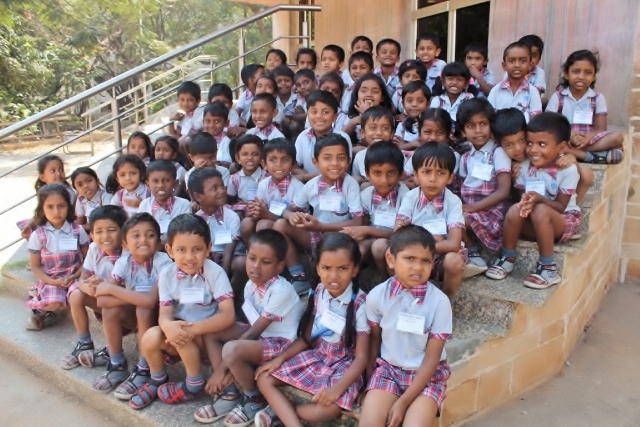 The K5 students of Freesia had a fantastic field trip to the Planetarium this month on February 19th. They watched a movie about the Solar System and it was a super hit amongst the K5 kids!  All children were thrilled to watch the movie and learn about the planets in an easy and fun educative way. This trip was sponsored by LinkedIn. Volunteers of LinkedIn welcomed the children, distributed snacks and watched the movie together with them.  Also in this month, our K3 kids have fared well in the second round of school assessment conducted by the curriculum supervisors. 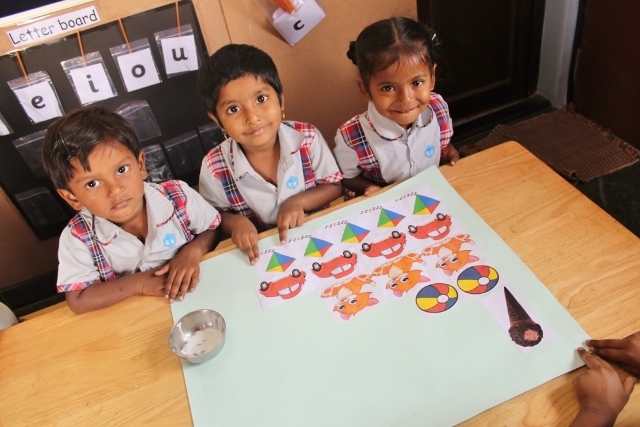 K3’s theme of the month was Patterns.  Many activities related to patterns like – twin towers, who comes next?, paper pattern chains were conducted for children.  Counting numbers along with the concept for numbers from 1 to 6 and counting orally from 1 to 20 was practiced in this month 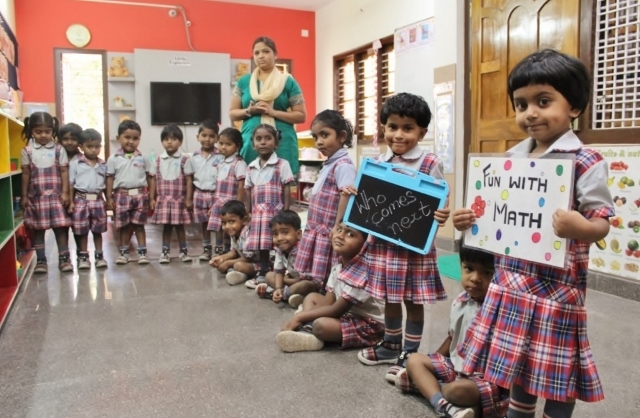 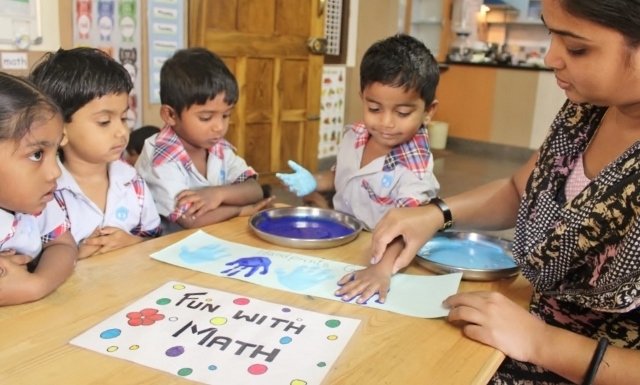 Also children practiced writing number names from 1 to 20.  A lot of practice problems were given for addition and subtraction concepts

K3 this month learned sounds of the letters h and s with the help of story, action and formation.  K3 has progressed into blending sounds to read words. New words like clean, dress, fast and push have been learned and also the opposites for each of these words were practiced. 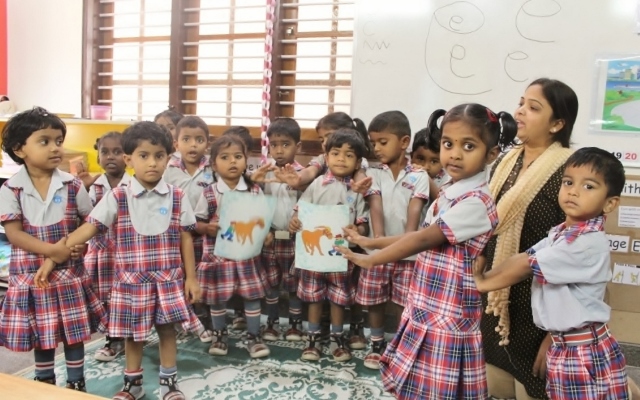 K4 learned the short vowel sounds of the vowels.  They continued writing letters from a to z.  Tricky words like I, he, me, be, we, to, do, go, no and so were taught to them.  High frequency words like a, in, of, it, on, is, at, up, all and us were covered during the month. 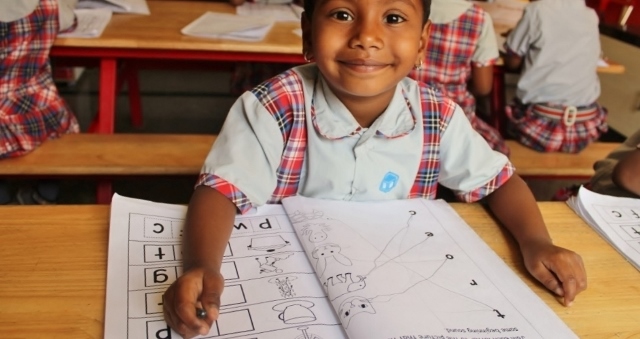 K5 reviewed and wrote the letters from a to laa and they learned to write the numbers from 1 to 5 in Kannada.  Also, they wrote few two letter words of Kannada Language 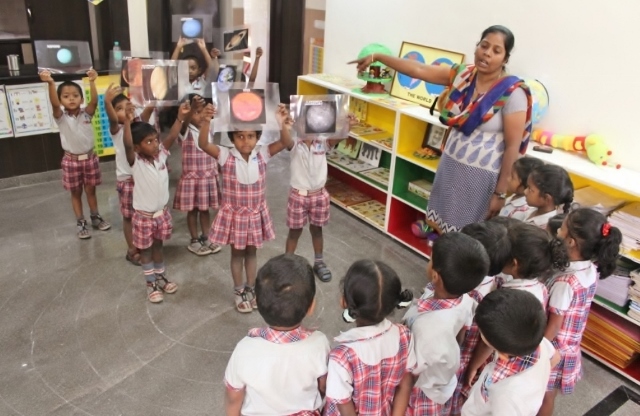 K3 children focused on learning on health and safety like: wear a raincoat in the rain and obey traffic signs.

K4 children learned about the animals in the Savanna forest, desert land and tundra region of the arctic and how they protect themselves from the weather in each of these regions. 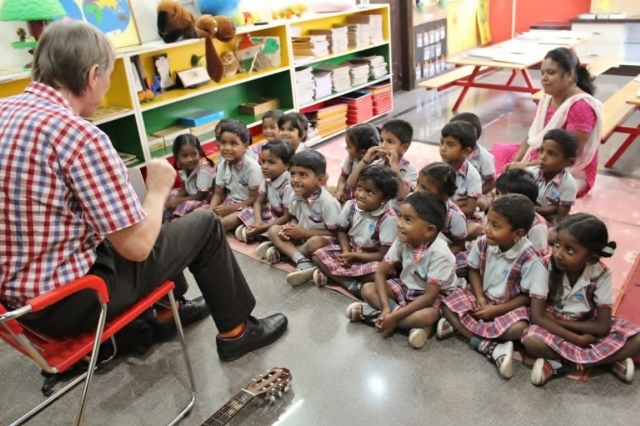 Both K4 and K5 has some moral based story telling sessions by their teachers on the stories – ‘Let us thank teacher, Let us thank friends, Let us thank sister and The lion and the mouse’. 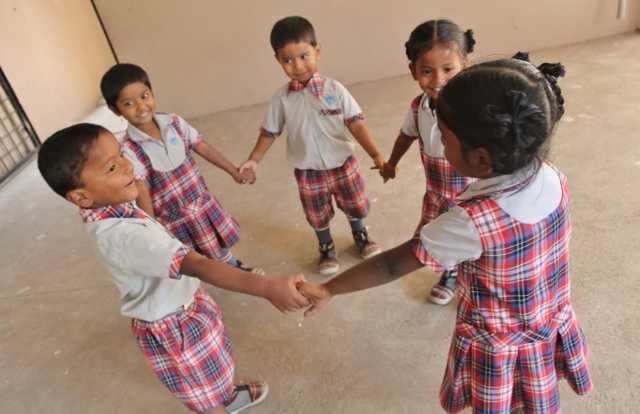 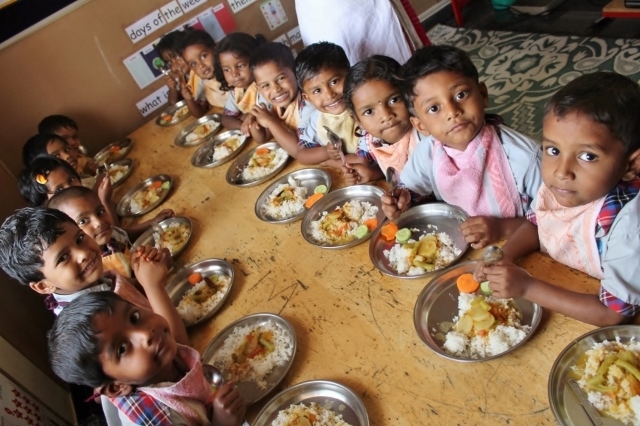 Well balanced nutritious meals were prepared and served every day.  Children were served with breakfast and lunch on all working days.  A total of 3,477 meals were served for our children 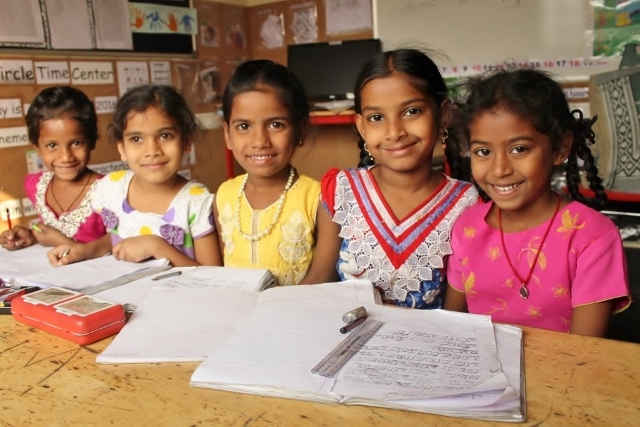 With a total of 15 students of grades 1 and 2 the ASP program is going very well.  This program helps the students in the evening with their homework which they bring back from their respective schools.  This program is a supportive program which assists our previous graduates to keep up with their school work.  This month the program ran for 18 days with a total attendance of 270 children. 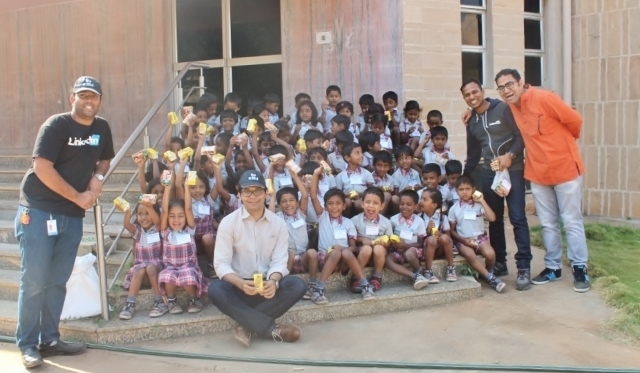 Volunteers of LinkedIn on the field trip to Planetarium 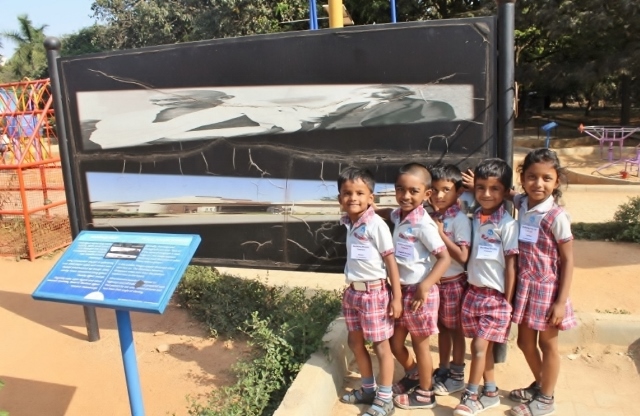 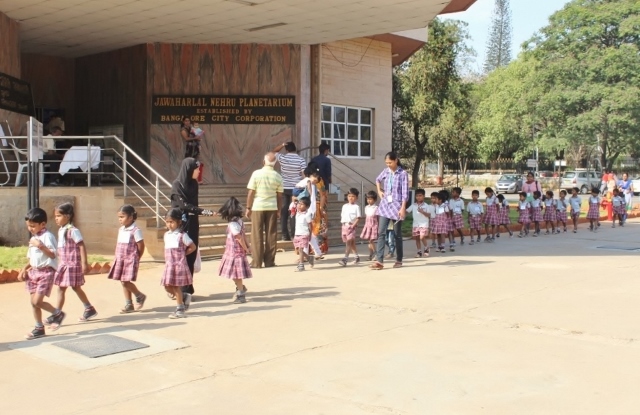 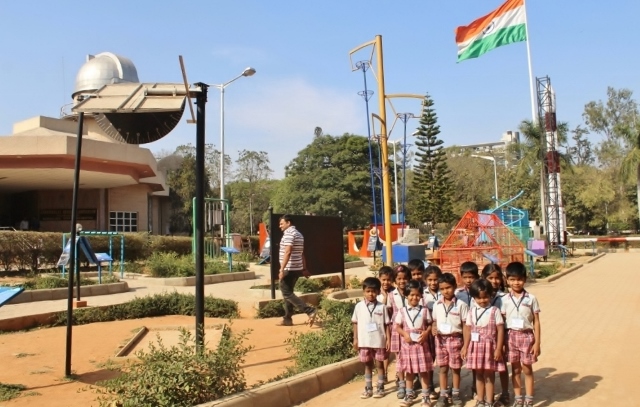 In Viva Science, K5 children learned about the solar system and about the eight planets.  They were pleasantly surprised with a field visit to the planetarium that was arranged for them by the LinkedIn company.  All the K5 children from Building Blocks Schools visited on the same day and were very happy to see a movie on the solar system. 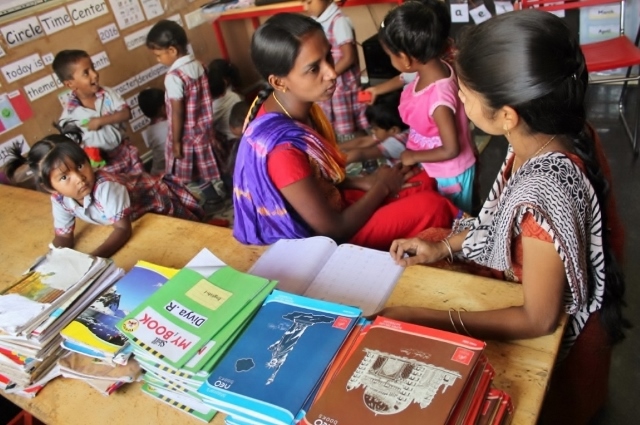 A parents meeting was arranged for the parents to see the work that is done in school by their children.  Also, the teachers talked to the parents about their children completing the homework given to them every day.