A chorus of “I am good” with a thumbs-up sign can be heard and seen when we ask our student “how are you?”  When asked “how old are you?” answers range from “I am 4 years old” to “I am 5 years old”.  It’s very rewarding to see them learn daily and thoroughly amazing when you see how much they advanced after not seeing them for an entire year.

February is the ninth month of the school year. The K5 students are being prepared for their further primary education in different schools. They are now very fluent in English compared to when they first started school last year, March 2013. The K4 students have also kept up with the English language and other curriculum like Math, Cultural and Geographic environment.

The K5 students are doing very well in their extended hours of school. The extended school hour for the K5 students have been arranged by the school to better prepare them for the next educational step outside Freesia School. They are now thorough with numbers and their spellings and various other aspects. 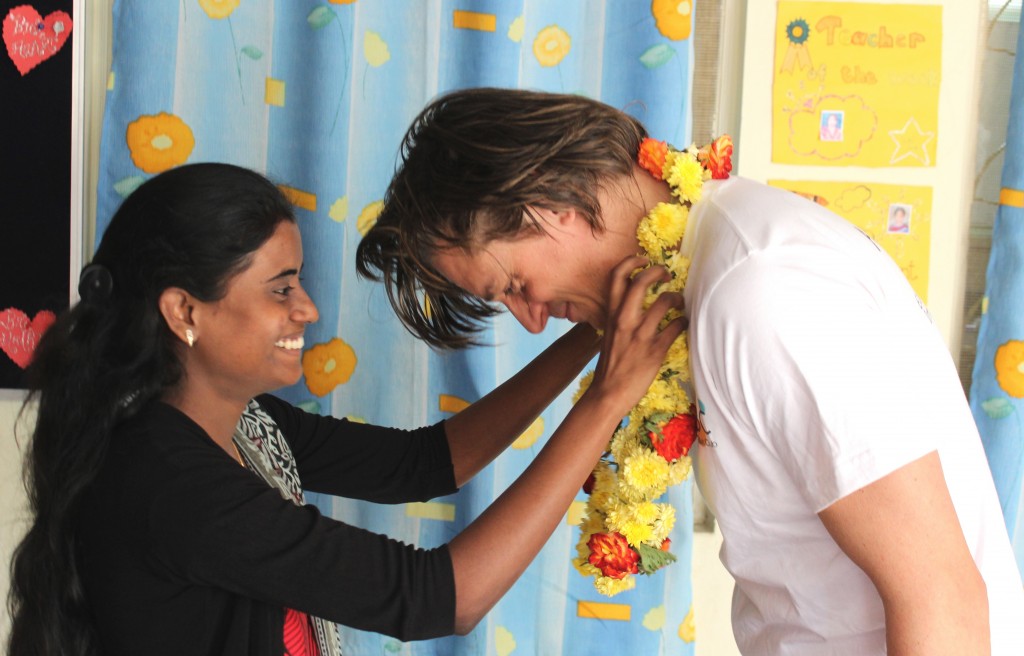 Troy Swanson, founder of the AlphaBet Club visited the school on February 25th, 2014. Pleasantly surprised with the changes around school, he was very happy with the progress of the students, especially the K5 since they are the graduating batch this year. 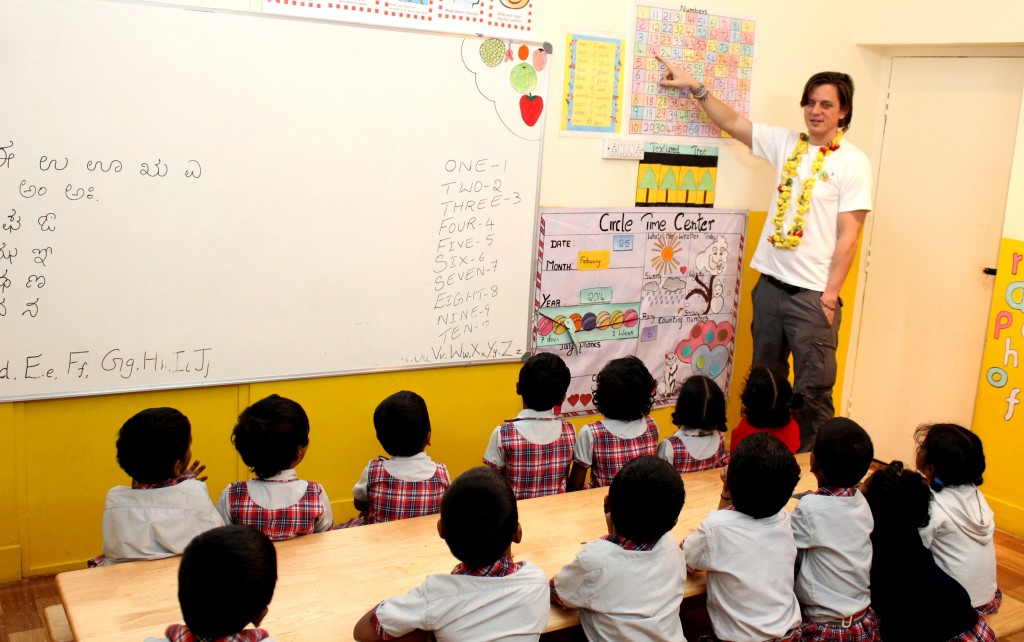 He tested them with different flash cards and numbers and words, for which the students gave all the right answers. 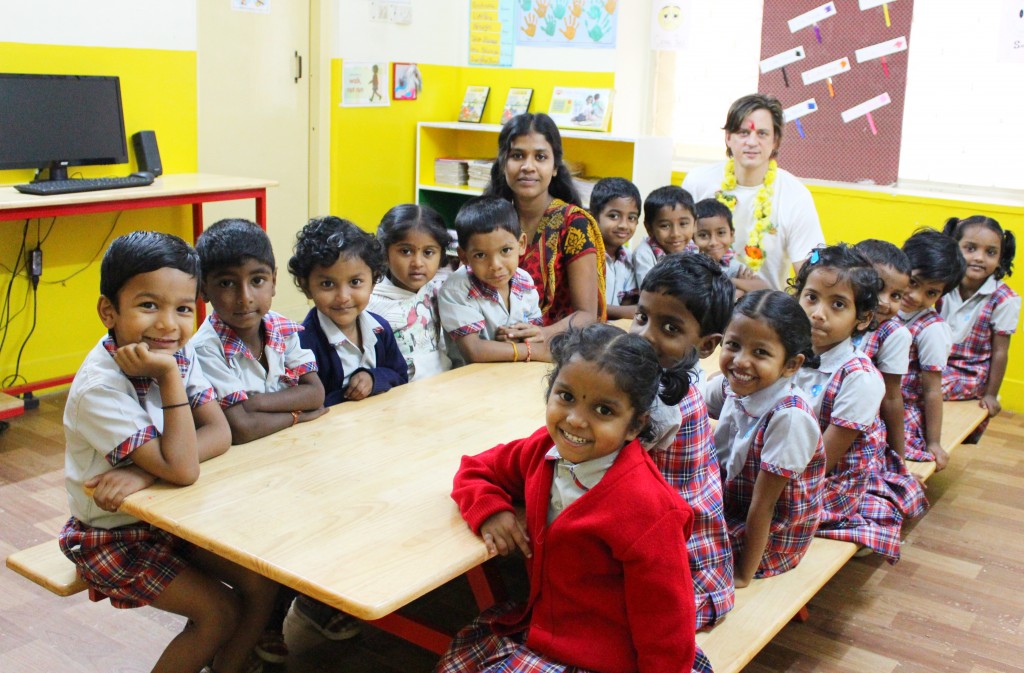 The children had fun with Troy as he walked along all the classes and played with them. 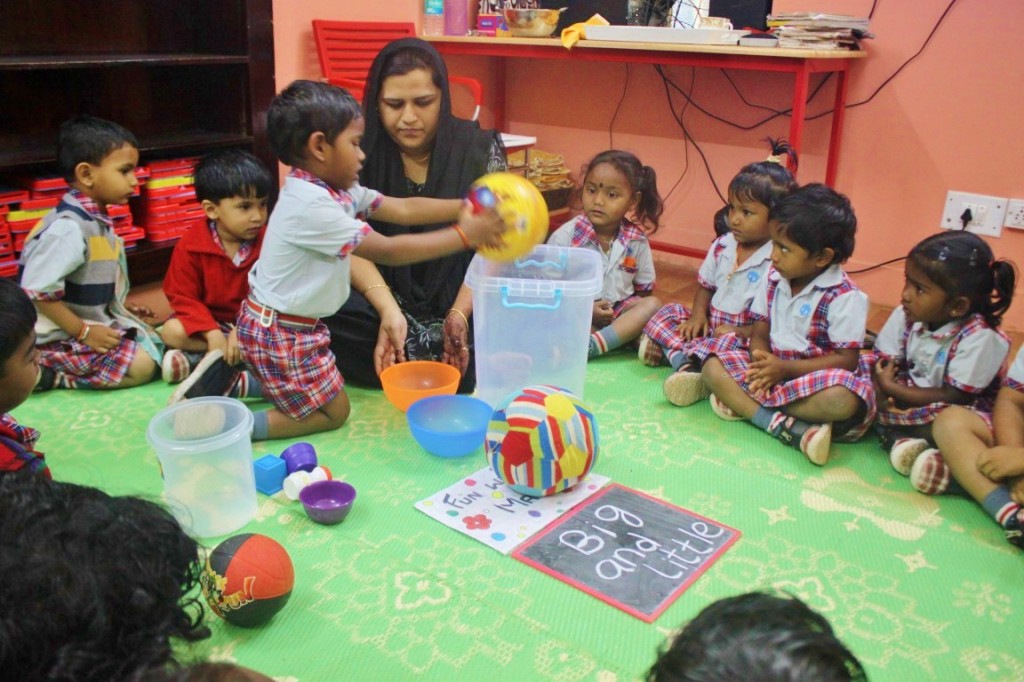 The numbers of meals served this month were 3658.

Hygiene factors are also well-taught to the children at Freesia. They know the benefits of brushing their teeth twice a day and washing their hands often. On an average, they wash their hands 6 times a day and 36 time a week.