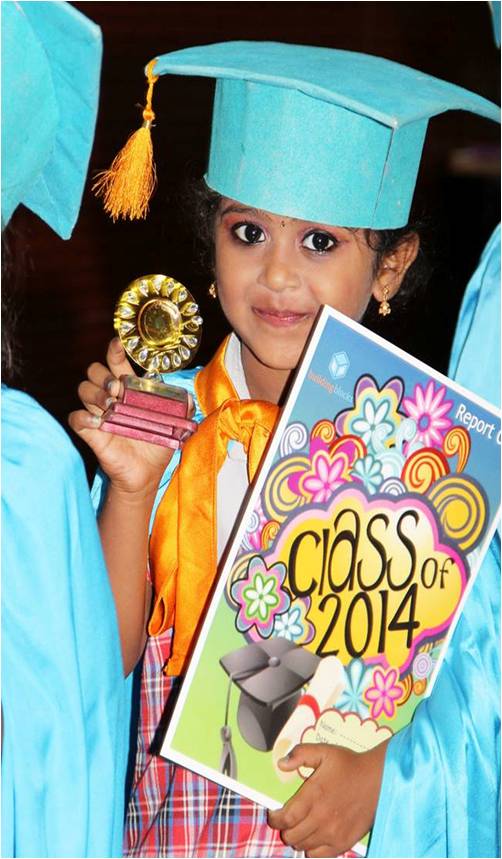 This month was very special for Freesia, the first ever graduation ceremony was held on the 26th April. 16 students graduated this year, all of whom have been admitted in English medium schools for their first grade.

Freesia students also attended their final examinations from the 2nd of April and individual attention was given to each student. The curriculum supervisor also helped the K5 teacher, in conducting the exams as this was the first time exams were being held at Freesia.

The graduation ceremony was equally special as the students were taken to an auditorium and they performed on stage. The audience was enthralled at looking how confident these children were on stage. Many applauses sounded for the first timers!

The number of meals served this month was 2,593.