January was filled with important trainings for the school staff.  Enfold – an organization focusing on empowering children and adults to recognize, resist and report sexual abuse held a workshop on awareness for this matter. James Ambat, Founder of Building Blocks (BB) gave a training on sharing importance of maintaining hygiene in all BB schools.  He thanked the support staff for maintaining a high level of hygiene in all the schools.  Year 2016 will be dedicated to further increasing awareness for all BB parents in keeping higher hygiene standards in their homes. This is planned to be achieved through community meetings organized by local social workers together with the parents for stressing the Importance of Hygiene through power point presentations and video demonstrations. All staff took a pledge in supporting this and signed the pledge with “I will wash my hands with soap and water and help others to do”.

Pongal the harvest festival of India was celebrated in the month of January.  Children along with staff decorated the school for the festival and enjoyed the day thoroughly! 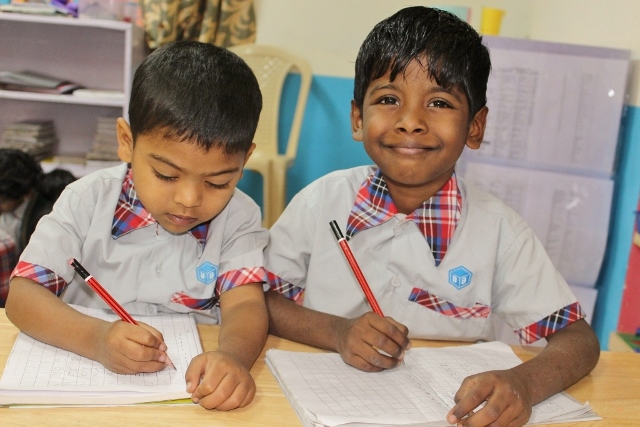 Patterns was the theme of the month for K3 and many activities related to patterns like pattern around me, pattern stuff, auditory pattern, nature pattern, pattern chains etc were done with the children. They also learned to count numbers from 1 to 10 and write numbers from 1 to 5.

K3 children learned sounds for letters a, t, i, p with story, action and formation and also learned to blend words. In Jolly Phonics Phase One – Alliteration was the theme for the month.  Language enrichment has been achieved by learning the beginning sounds of words.  They also learned the opposites of words like happy, smile, tall, work etc.

K4 learned the letter sounds of f, b, j, z, w and v.  They also learned new tricky words like do, go, no, so, my and by and high frequency words like at, up, all, as, if and an.  In Jolly Phonics Phase One – Alliteration was the theme for the month.  Activities like I Spy, Bertha the Bus, Silly Soup, Our Sound Box, Voice Sound, Metal Mike were completed for learning. 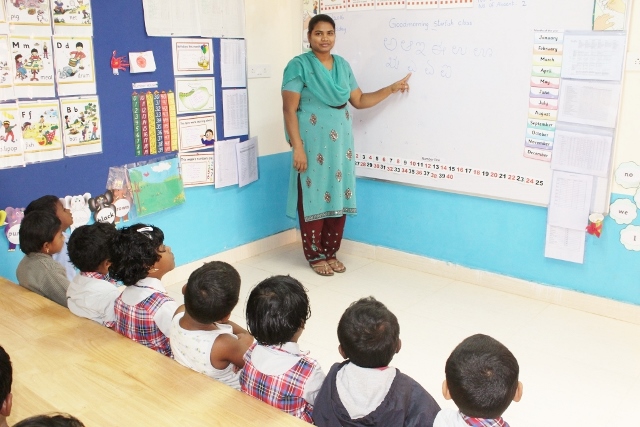 Through flash cards and PPT, K4 learned to read and write few letters from Kannada language 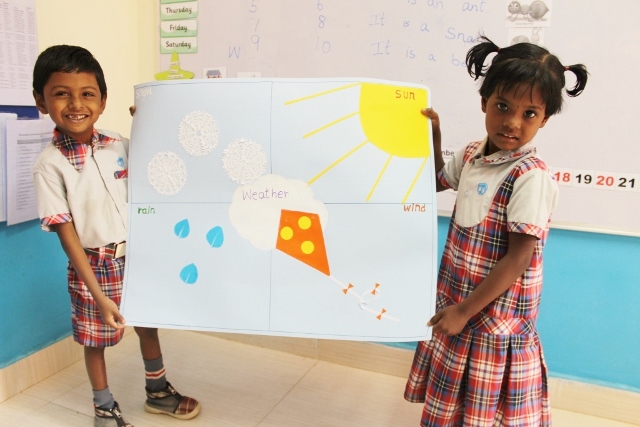 K3 children learned in health and safety about dressing according to the weather with the help of activities, flash cards and videos.

K4 children learned about “My Body” and about the weather.  They also created an atmosphere chart and shared an activity related to the specific weather topic. 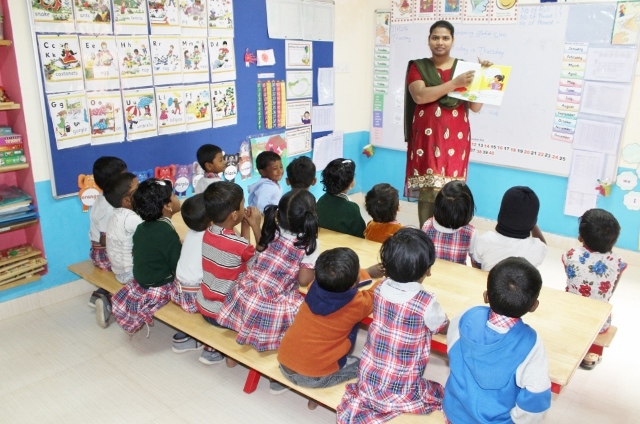 Value based stories being read out in the Value Education class

With the help of flash cards and stories, topics like – being dependable, thoughtful and not being selfish were taught to them. 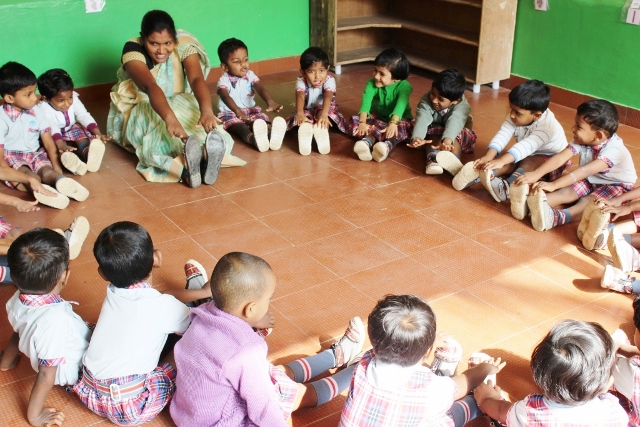 Shake up time – touching the toe exercises in the PE class 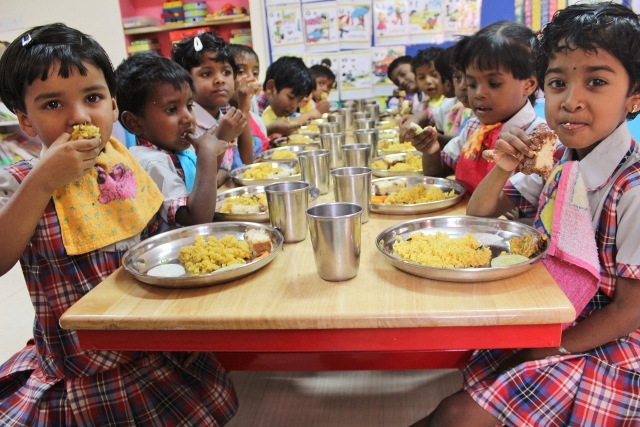 Well balanced nutritious meals were prepared and served every day.  Children were served with breakfast and lunch on all working days.  A total of 1,377 meals were served this month.

Ms. Monika Ganglani from France, was kind enough to sponsor lunch at all the Building Blocks Schools’ including the Gardenia school. Children enjoyed a very yummy special meal served to them on January 29th on this occasion. 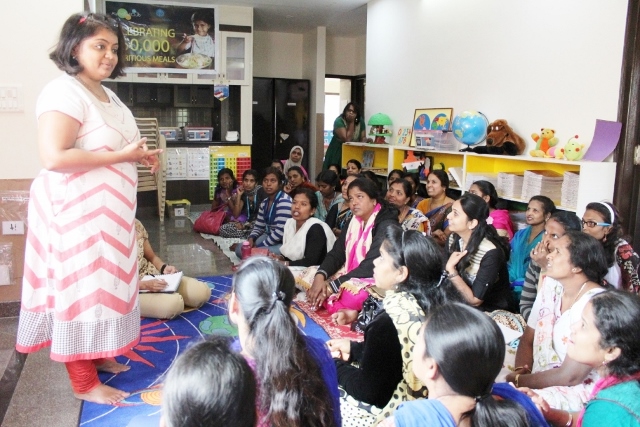 Workshop on Sexual Abuse for staff of BB

There were two significant training sessions for the teachers and support staff this month.  An organization called Enfold focusing on empowering children and adults to recognize, resist and report sexual abuse conducted an awareness seminar for teachers and for school admins. 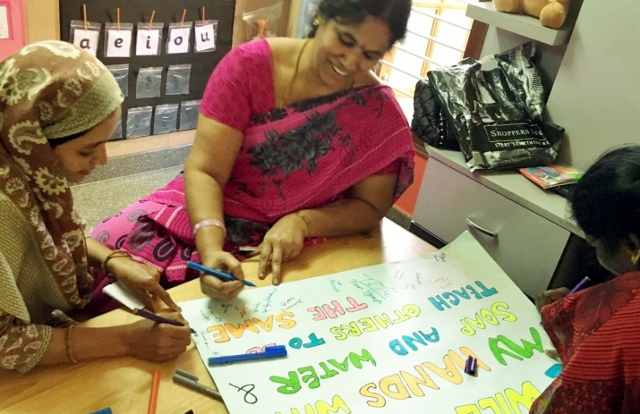 A village where newborn children were dying before 28 days of birth. Villagers had come to a belief that they had been cursed and hence the phenomenon was happening in all the houses.  But when NGO’s and medical team started working in the village they noticed a lot of unhygienic practices followed by the mother of the new born which was leading to death of children before they reached 28 days

Another video showed about death rate of children below 5 years which again was related to the hygiene practice. 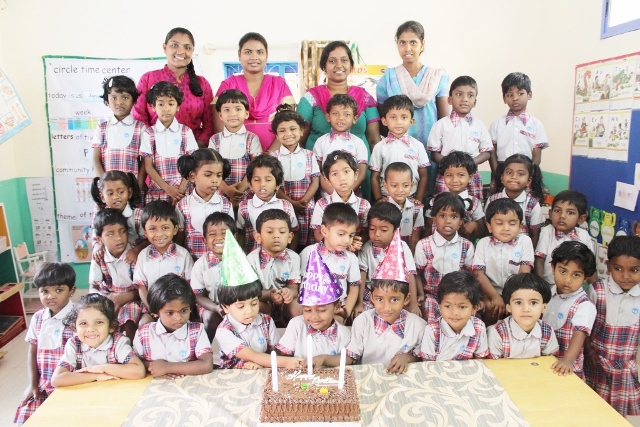 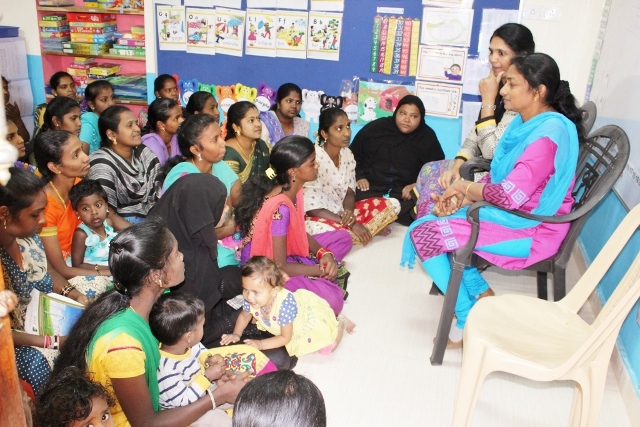 Social workers conducting a community meeting with the parents

On January 11th, the social workers conducted a community meeting with parents about punctuality, sending children on time to school and on cleanliness and hygiene etc.