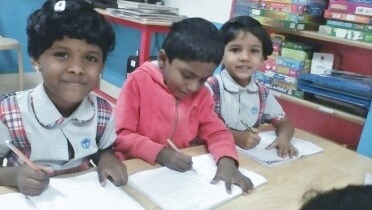 Year 2015 has brought a great achievement for the AlphaBet Club!  ABC takes pride in mentioning that the 3rd school launched in June 2015 in partnership with Building Blocks India is another successful project. There has been a constant increase in the enrollment since the opening of the school. We started out with 35 children at K3 and K4 level. Today we have 41 children attending Gardenia School which is a 17% increase in enrollment since the opening.  With the support of the School Manager, Teachers and Social Workers, the goodwill and support in the community is constantly growing and we are looking forward for higher enrollment in the next academic year. 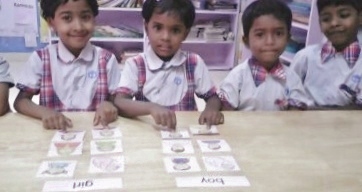 K4 learned counting numbers orally from 1 to 50, recognizing even and odd numbers from 1 to 10, counting orally the multiples of 10’s and 100’s.  Also, children learned sorting by shape, color and size.

Integrated with stories, activities, art and music children learned about “My Body”.  Teacher also created an atmosphere chart to show it to the children.

Character Development in kids happened with stories about kindness, being cheerful and diligent.

In circle time, children learned to greet each other with a smile and to reply to one another. Theme of the month for circle time was on transport. Learned jingles and rhymes associated to the holiday season like Jingle bells, Santa Claus is coming to town and We wish you a merry Christmas. Class room rules, School’s name, Teacher’s name, Founder’s name were revised again for them. Telling the days of the week and months of the year orally were repeated this month too.

In Jolly Phonics Phase one, children learned to follow the sound and words about sounds. They learned lessons on Rhythm and Rhyme with activities. Revision of letter sounds for s, a, t, i, p, n, c, k was done again.

Community helpers like waiter/waitress were discussed and charts and PPT were shown to them.  In character development, being helpful and cheerful was talked about in the class. Furthermore, children enriched their vocabulary learning to differentiate between words like day, night, open and close.

In Fun with Math, children learned numbers orally from 1 to 20 and writing numbers from 1 to 10 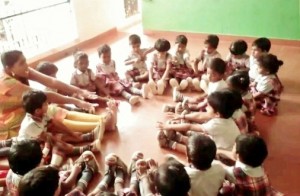 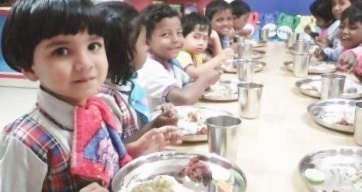 Well balanced nutritious meals were prepared and served every day. Children were served breakfast and lunch on all working days. A total of 1,106 meals were served this month.

A meeting was conducted on December 5th on curriculum aspects by Sue Griffiths.  The meeting focused on journal writing, methods of reading a story to children, using flash cards for activities and teaching math concepts. The session was very useful for the teachers. 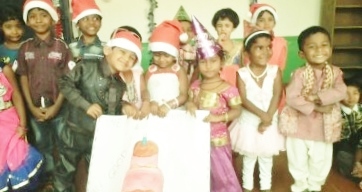 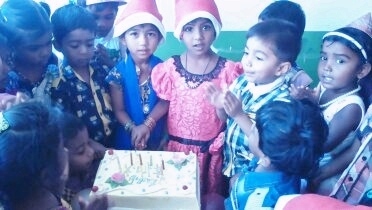 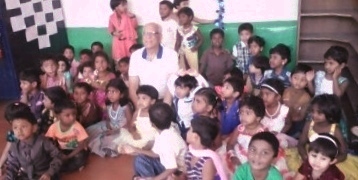 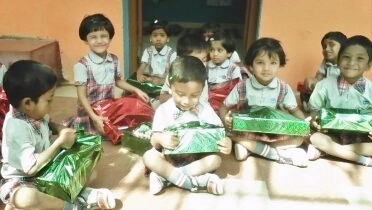