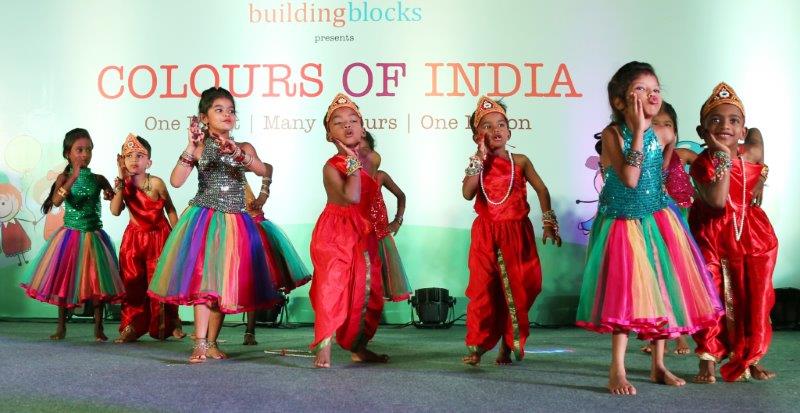 The 11th anniversary of Building Blocks was celebrated on Children’s Day, November 14th with a gala show put on by the students from the Building Blocks schools!  Nice to see the children dance on popular Indian Cinema songs and entertain the crowd.  The theme for the Children’s Day was Colors of India.  Both K5 and ASP students of Edelweiss School performed dances from the top billboard songs from this year.  Like always, Leela Palace in Bangalore served 450 delicious meals to all the children, staff and guests for this occasion.  A total of 700 blankets were distributed to all the students of Building Blocks as gifts for Children’s Day. 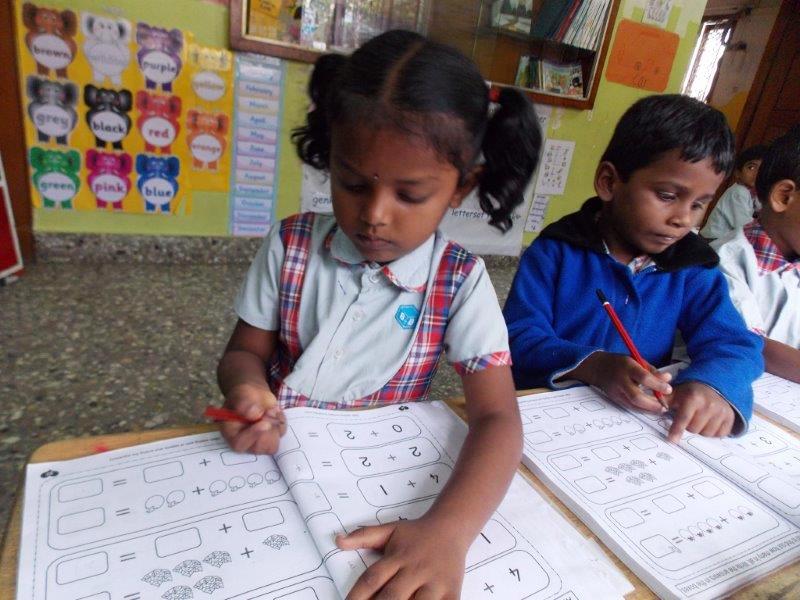 K4 children learned about Numeration with the help of activities like – Drop a set, Numeral rubbings and Number plate. They also learned to write numbers from 1-20, recognizing and writing even and odd numbers and writing numbers from two’s family. 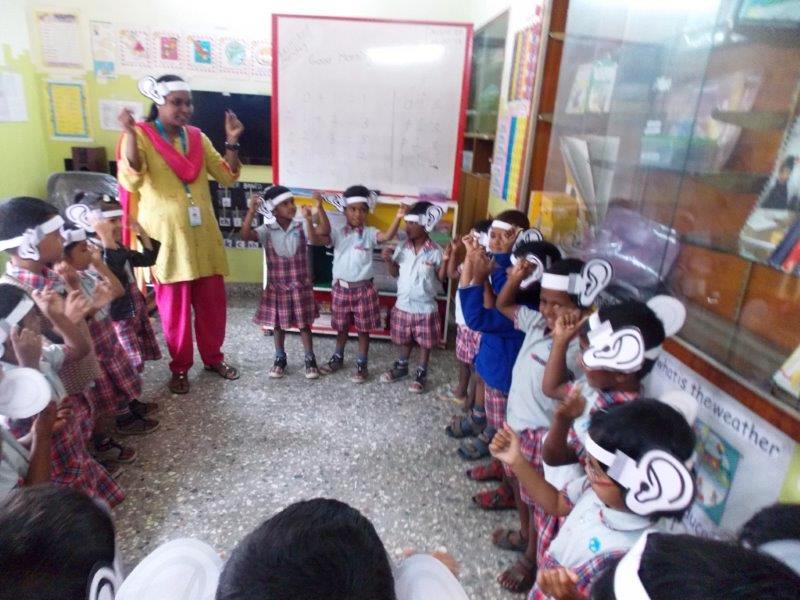 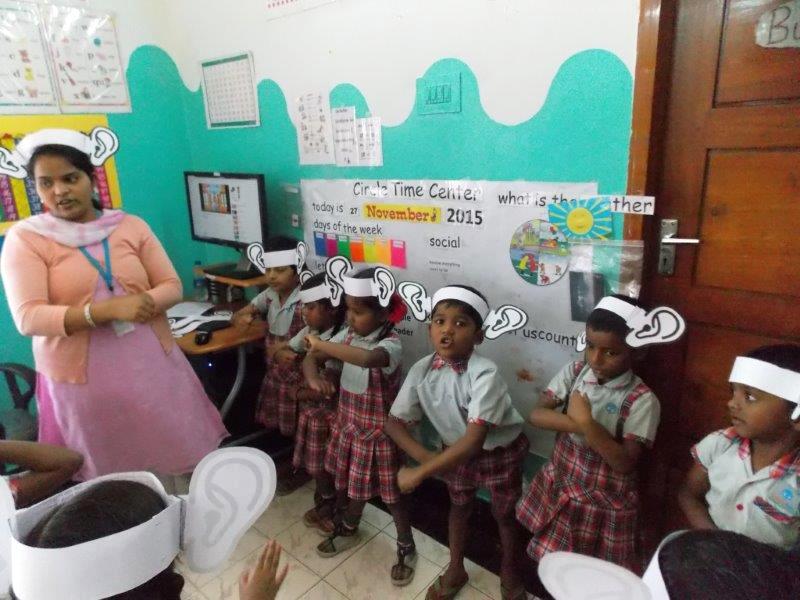 K5 students learned new sounds of diagraph like ue,er,ar,oa,ie and ee, tricky words like why and who and also high frequency words like had and out.  Also they learned about Jolly Phonics Phase one: Environmental sounds activities like Animal sounds, Matching sounds, Adjust the volume and Grandmother’s foot step,  Body percussion activities like Listen to the music and Roly Poly.  They also learned to read from simple reader like: Zack the Rat and Peg the Hen.

This month K4 students learned to say and write the sounds of z,w,v, y and x.  Children learned to write alphabets from a – z and learned new tricky words like I, he and high frequency words like a, in.  They also learned about jolly phonics phase one: Environmental sounds activities like Animal sounds, Instrumental sounds, Adjust the volume and Grandmother’s foot step,  Body percussion activities like Listen to the music and Roly Poly.

This month they learned to write all the letters of Kannada language. 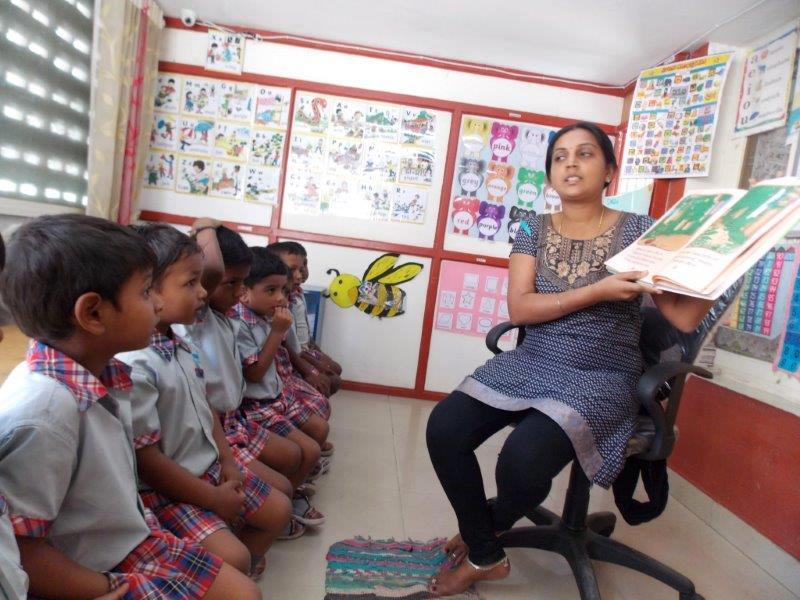 This month K5 children learned about different Religions, Literature and Musical instruments with the help of PPT

This month K4 learned about plants, their different parts, how they are called and how they look like.  They learned how seeds travel from one place to another and also how different plants grow in different places. 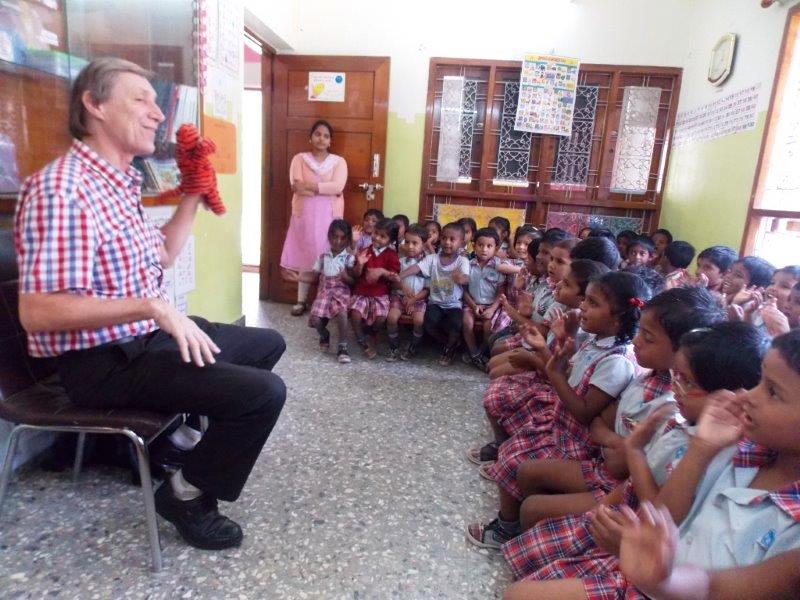 K5 this month learned from stories like Dear Zoo and I Love you blue Kangaroo.  Through these stories they learned about animal names and their colors.

K4 this month learned moral from stories like Goldilocks and the three Bears and Danny and the great white Bear.

This month they learned about Spatial Relationship with the activities like – A place for pumpkin, Game – Game, Inside – Outside, Bean bag toss, Follow the leader, A close look outside, Treasure hunt and top, middle and bottom picture.  They also learned to count numbers from 1-20

In Jolly Phonics they learned new sounds like p, n and ck with story, action and formation and also learned how to blend the words. 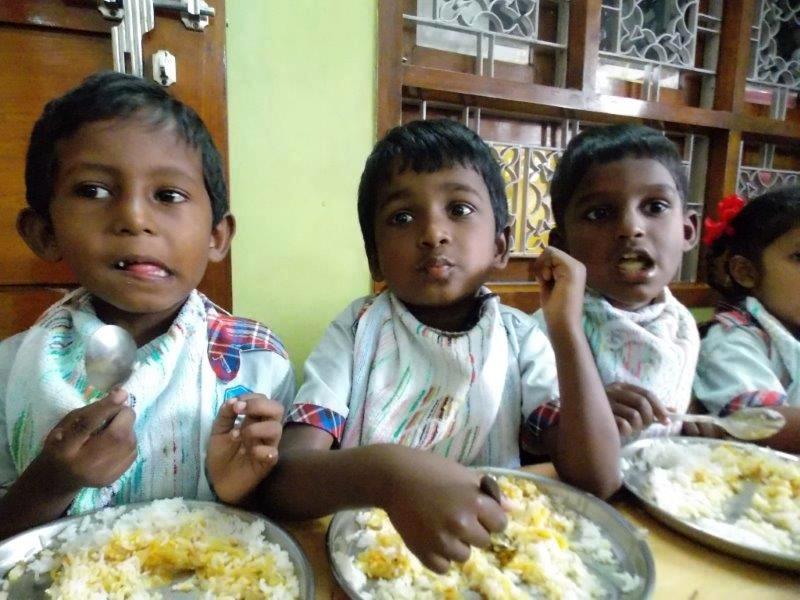 Well balanced nutritious meals were prepared and served every day.  Children were served with breakfast and lunch on all working days.  A total of 4,324 meals were served for our children 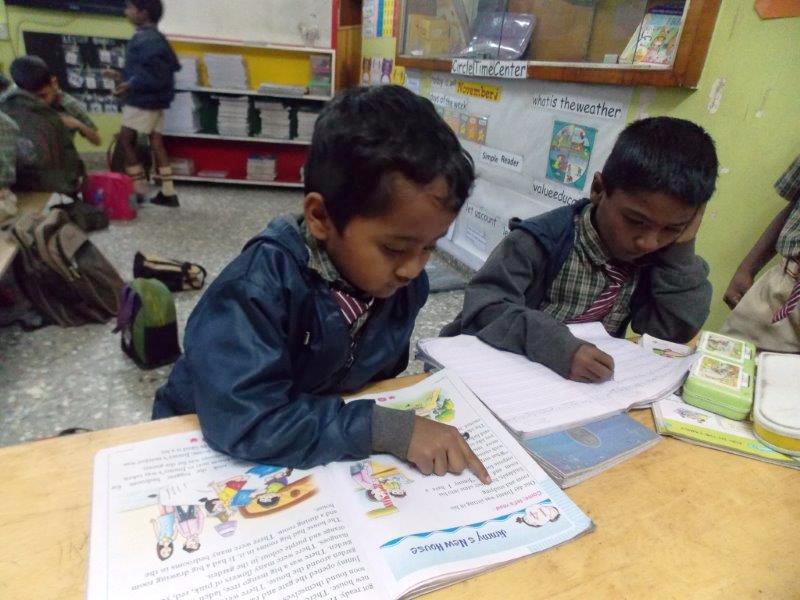 Rahul of Grade 1 reading his textbook

With a total of 38 students of grades 1, 2, 3 and 4 the ASP program is going very well.  This program helps the students in the evening with their homework which they bring back from their respective schools.  This program is a supportive program which assists our previous graduates to keep up with their school work.  This month the program ran for 18 days with a total attendance of 514 children.  ABC provides evening snacks in the ASP program. 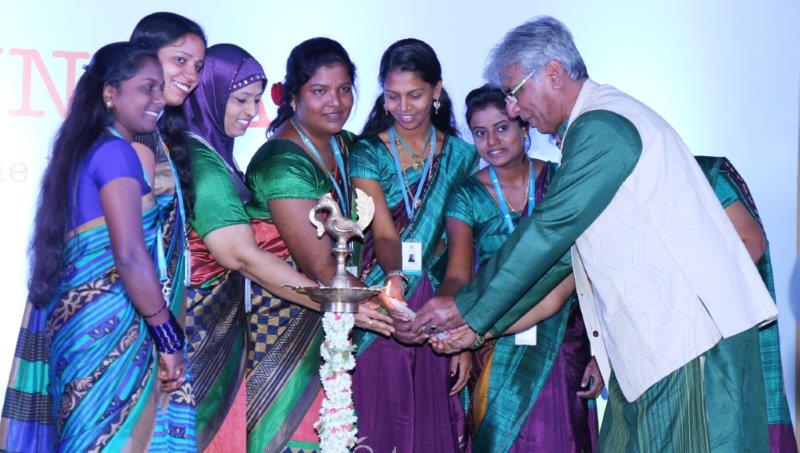 Founder Mr. James and the Managers lighting the lamp 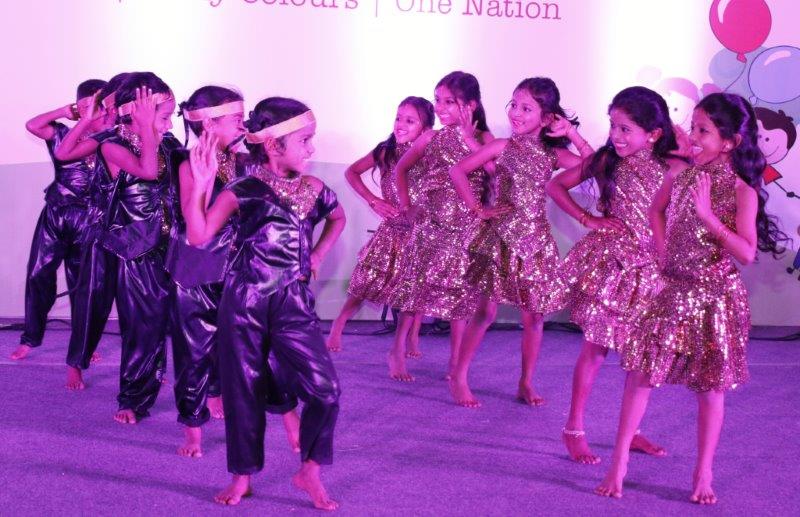 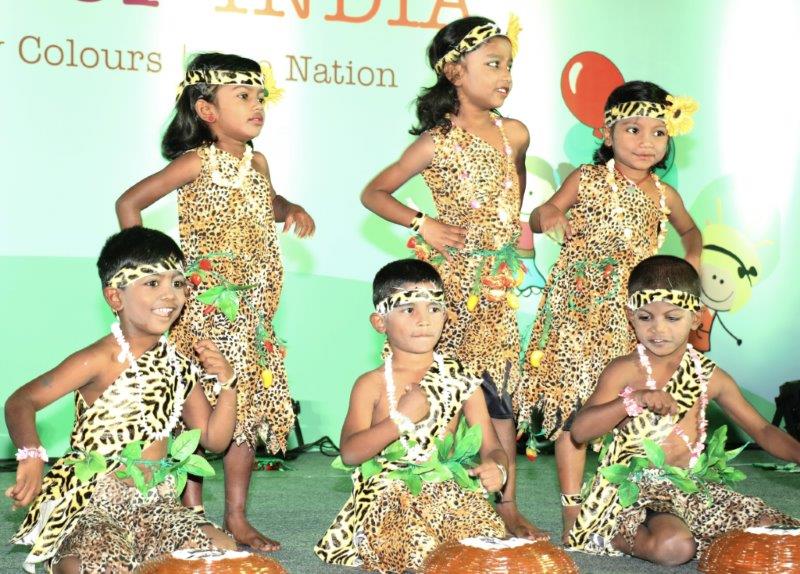 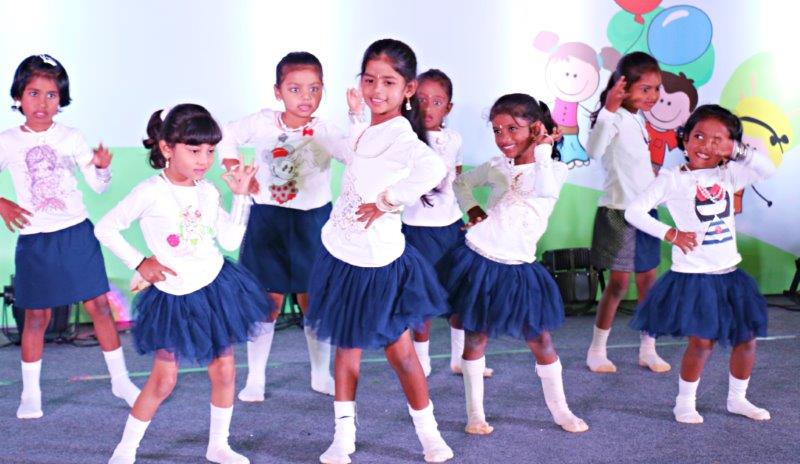 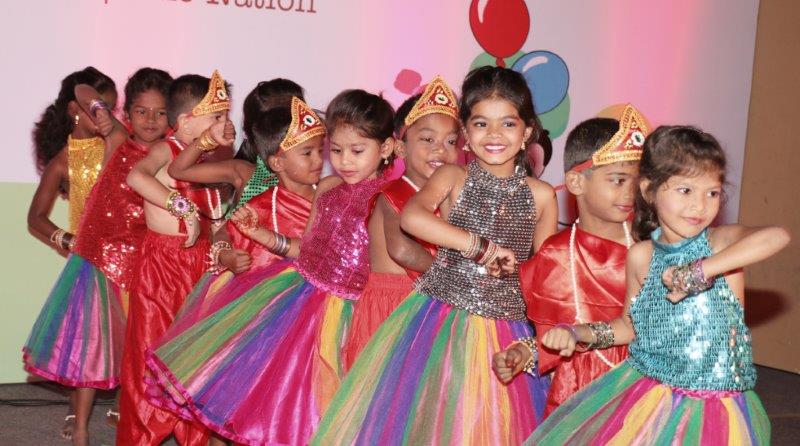 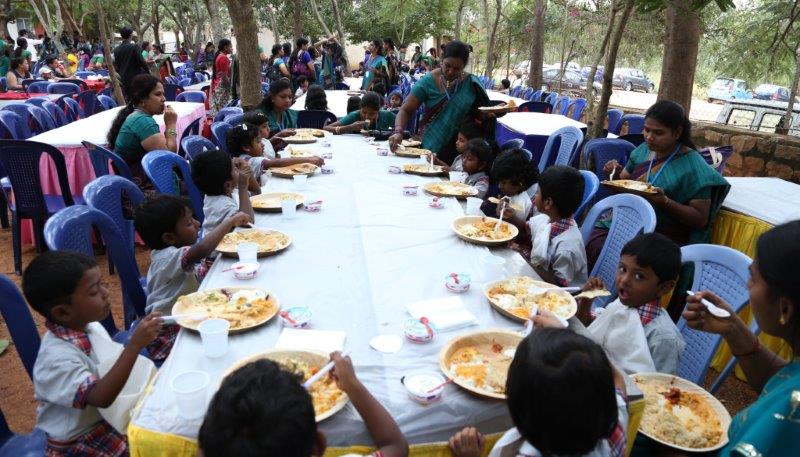 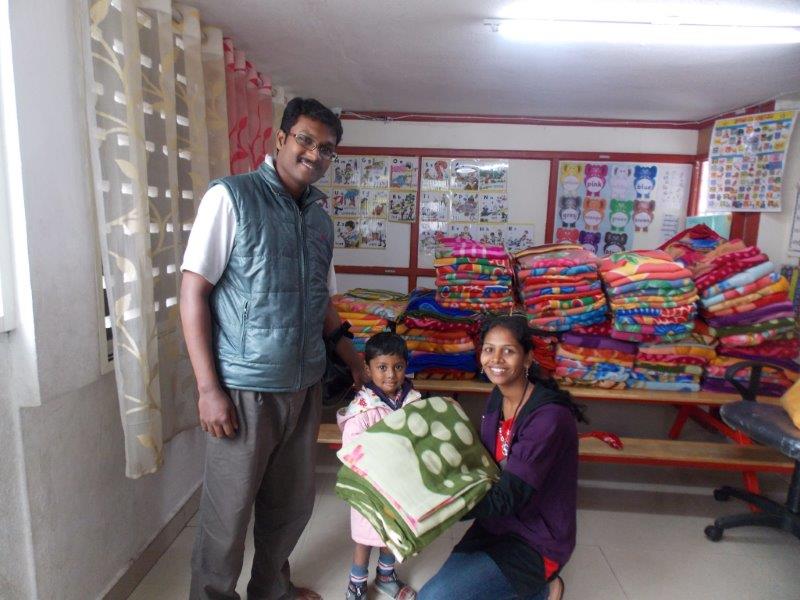 A total of 250 children took part in Children’s Day celebration in Primus Public School.  Like last year, Colors of India came alive with all the children from 6 schools of Building Blocks participating in dances and entertaining all the guests.  Also this year is marked as the 11th anniversary of Building Blocks organization.  A total of 700 high quality blankets, keeping in mind about the approaching winter were given away as children’s day gift for BB school children. 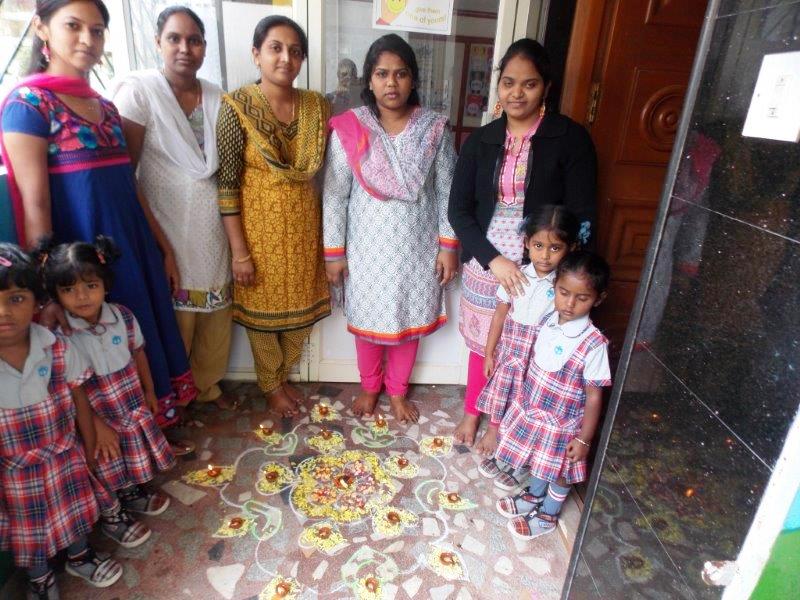 Festival of lights, the Diwali festival is celebrated by every one of all religions with great joy across entire India.  The schools were given off two days for this festival and there was a special celebration for the children of Edelweiss school.   With Diwali décor and with special meals for the kids the festival was celebrated with great joy! 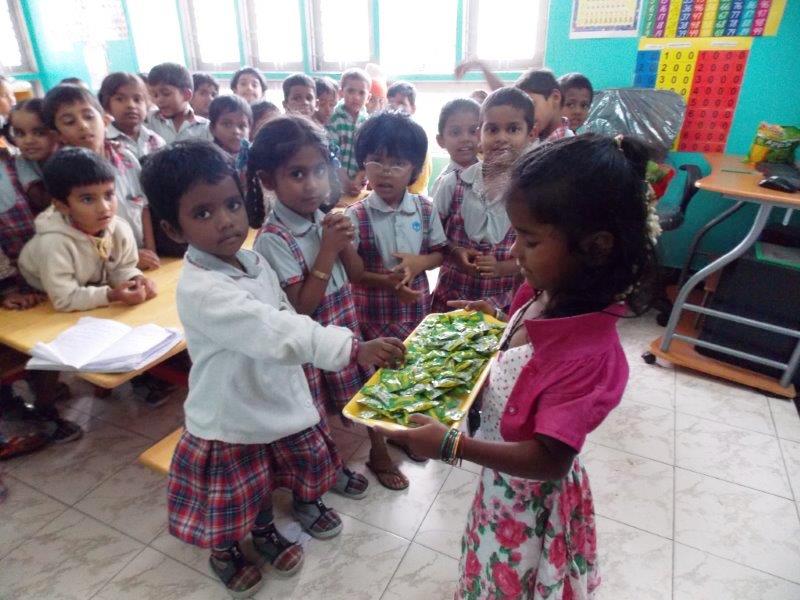 Jansy sharing chocolates on her birthday

Birthdays are special for everyone.  Children express great joy in celebrating their birthday with their friends!  Here are a few pictures from the birthday celebrations.

“Fistful of Nutrition” – A project by Soroptimist International (SI Bangalore) 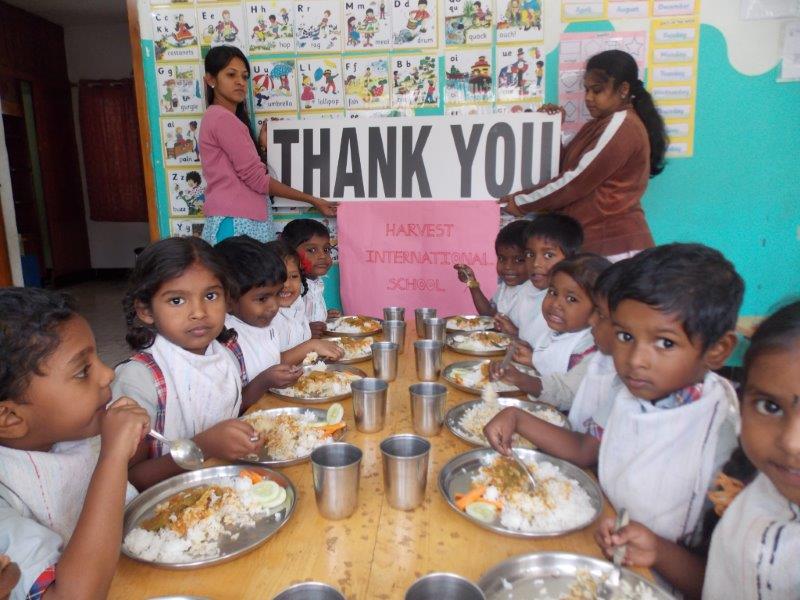 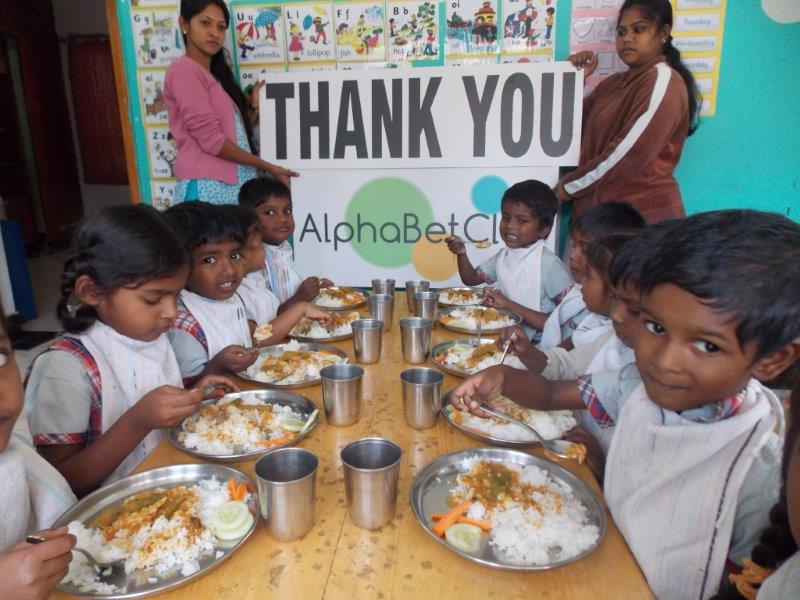 A few years ago SI Bangalore, started a very unique project under the name ‘Fistful of Rice’. This program is inspired by an initiative earlier run by International Children’s Peace Council designed by Dr. Nandini Mundkur who is a renowned consultant in child development and also a member of SI Bangalore.  This program was modified as ‘Fistful of Nutrition’ later on by SI Bangalore. ‘Fistful of Nutrition’ is aimed at fighting malnutrition among the children of deprived class in our society.  Under this project SI collected lentils like Moong Dal (green gram) which is a high source of protein and rice which is the staple food in Southern India. Children of elite Schools were given eco-friendly jute bags to carry home for a month.  Every night, when they had their supper they dropped a fistful of lentil or rice into the bag, keeping in mind about their not so privileged counterparts.  Fistful of Nutrition aimed not just to fight malnutrition but also provoked a thought of sharing in the upper class society.  SI Bangalore was honored, when this project was chosen as a national level project by National Association of Soroptimist India (NASI).  All the 14 SI Clubs in India are now taking this project across to elite Schools in their respective cities.  Accenture India is also supporting SI in this project.

SI has partnered with 3 schools in Bangalore and has managed to collect approximately 250 to 270 Kilograms of grain from each school so far.  The collection has reached three different recipients and has helped about 1500 malnourished children to have nutritious meal.  Recently, AlphaBet Club Schools – Edelweiss, Freesia and Gardenia were the recipients from the grain raising project with Harvest International School in Bangalore and a total of 350 Kilograms of rice and lentils were distributed to the AlphaBet Club Schools.  This will help the three ABC Schools of Building Blocks India with a total strength of 220 children in the age group of 3-5 yrs.  This stock will last for a month in all the 3 schools and on an average about 3,200 meals will be served through this grain raising project of SI. 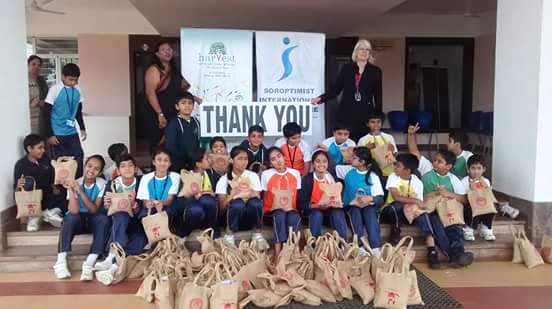