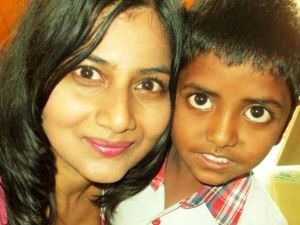 “But then I think that if we all did our bit, an ocean is just a large body of water made up of tiny drops of water. We can be the ocean these children sail on in their ‘happy memories of school’ boat to a safer shore, to a better place, to a better life.”

When the teachers explained to me the children don’t like or want school holidays, I knew I was dealing with a very difficult truth here. Their lives in the Slums of Bangalore can get so incredibly hard and harsh that they are actually amazingly happy being in class. Edelweiss is more than just a ‘school’ to these children; it is their ‘sanctuary’.

It is an escape away from the pain of their poverty. 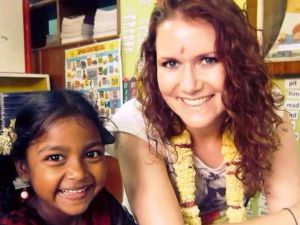 “ABC’s Edelweiss; a colorful, loud and bustling school, but all in a well-organized harmony.  This day with the ABC students has given me a heart-warming feeling.  A feeling which increases my confidence that education will make a difference. – Education as the ABC of a bright future!”

Colorful, loud and bustling, India in short: “organized chaos”. It is this dynamic environment that made me decide to move to India for a year. Leaving the overly structured banking life in London to indulge in a country where flexibility is key. A sabbatical year with the objective to devote time to helping others, from supporting education to social entrepreneurship.

Before settling in Chennai, I had the honor to visit the AlphaBet Club Edelweiss School in Bangalore together with Troy, Meena, Danielle and Wouter. What I have experienced there has had a tremendous impact on … Read more » 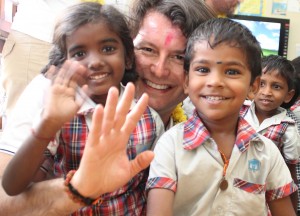 Back in 2006, around the same time as the AlphaBet Club was born, I coincidentally took my first steps in India, backpacking around the north, and discovered this vast, amazing and eye-opener of a country, with its generous and kind-hearted people, incredible (and at times shocking) sights and smells,  and with its rich spicy food. At the same time I discovered the complicated and harsh realities of poverty-stricken developing … Read more » 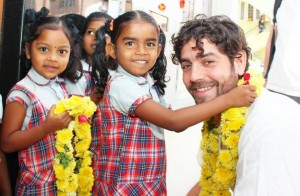 Back in March, I landed in Bangalore “international” airport with a bag full of toys, questions and expectations.  Days later I left empty handed and with a mixed feeling of sadness and pride…..Let me step back a bit so you can understand: I … Read more » 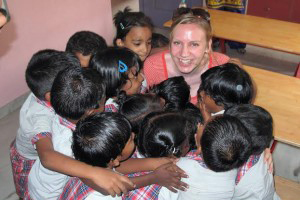 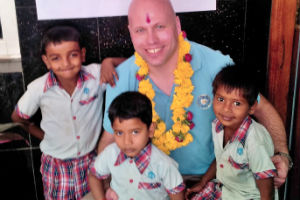 Brian van Daal is lead volunteer with ABC for a long time already. He’s responsible for Fundraising Events in Amsterdam and Finance. In 2012 Brian visited our school projects in Bangalore during his holiday. Enjoy reading his experience.

After having lived and worked in India in 2007 I was very excited to visit this amazing country again in March 2012. This time my destination was Bangalore. Although I lived in India (Delhi) I’ve never visited Bangalore and knew it only as the IT capital of India. Like all big cities in India it’s crowded, noisy, smelly, has extremely busy traffic, etc…… anyway, some people would call it lively. The main objective of my travels to Bangalore was to visit the AlphaBet Club/Building Blocks pre … Read more »

“Last summer, a good friend of mine approached me to DJ with him at some AlphaBet Club events in Amsterdam. I’d attended a couple of ABC events previously and enjoyed them, but as someone who generally prefers to play 60s and 70s rock music in their DJ sets as opposed to contemporary party tunes, I was a little skeptical and needed a certain amount of persuasion to do it. It’s very easy to be dismissive and cynical about charity in this day and age. It seems that … Read more »

School has never been so much fun 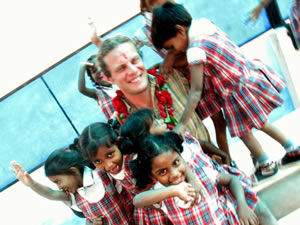 In January, Niels Arnbak visited Troy in Bangalore, and had a chance to see the Edelweiss school:

“When I asked my Facebook friends for tips on where to go in India, Troy invited me to visit the ABC-schools by the slums of Bangalore. So I expected slum schools. I expected schools like I had been involved with in Cambodia: Pupils and teachers with the best of intentions, making the most of it makeshift barracks with dull interiors, often without electricity and equipment, using outdated textbooks to follow a chaotic curriculum. Then I stepped into the Edelweiss school and I soon realized that Troy hadn’t managed my expectations very well.

We were greeted with an explosion of color and joy. The kids were learning English through song and dance videos on big flat-screen TV’s. Every time we entered another classroom the … Read more »

Inge looks back on her visit to Bangalore 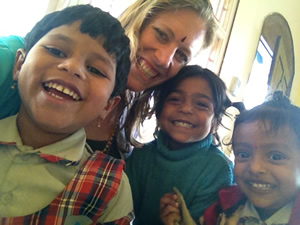 In January 2012 Inge visited Bangalore to join in the celebrations of the 1st anniversary of Edelweiss pre-school in Bangalore. She shared her experience after returning to London:

When I came to Bangalore my intention was to stay for a long weekend, to celebrate the one year anniversary of the Edelweiss school, and visit the slum where the school is located. After 3 days of bright and enthusiastic kids, welcoming teachers, and an impressive trip to the slum, I didn’t want to leave anymore. It’s hard to say what my expectations were, when venturing out to Bangalore. They have definitely been exceeded though, so much so that I know I will be back in that city for sure.

After being part of the Alphabet Club for many years, I finally got to see what our charity really does.. I think I’ve realized … Read more »