As the proverb goes – “A hungry stomach has no ears”. Join us in reliving the celebration with our students at the Edelweiss and Freesia Schools in Bangalore, India. Thanks to all ABC donors, partners and Building Blocks staff for providing nutritious meals, 100,000+ times, for these children, with two meals a day, 6 days a week.

The children attending these schools are from impoverished families with many siblings, where often times if it weren’t for school nutrition programs they may not even get 1 square meal a day. Over the last years, with funding support from the AlphaBet Club, Building Blocks has opened two schools near large urban slums in Bangalore, India. Edelweiss (currently with 127 children enrolled) in Tilaknagar area and Freesia (currently with 118 children enrolled) in Chinappa Gardens area of Bangalore.

In October, the Building Blocks Edelweiss & Freesia Schools surpassed 100,000th nutritious meals served. The average number of meals per school per month is approximately 3,500 meals. At the end of October, 2013 Freesia School had served 22, 152 meals from the month of April, 2013 and Edelweiss School had served 82,553 meals since it began in the month of December, 2011. The Edelweiss school also serves one meal every day to the graduated students who come back to the school in the evenings for an After School Program. In total, the two schools had served 104, 705 meals til end of October and continue serving more.

“Getting these children the nutrition they need and deserve has been a key focus from the beginning of each school project. We’re very pleased with the results and the evolution of our nutrition offering by adding more natural – healthy fruits and vegetables, adding breafast as the 2nd meal of the day, adding an afternoon fruit snack while also providing a meal for After School Program students.” says Troy Swanson, Founder of AlphaBet Club.

To celebrate this big milestone, we had planned a special lunch, sponsored by the AlphaBet Club, which would be served at both the schools and the Principals decided to celebrate it with a cake as well!

Freesia School, funded by AlphaBet Club, Rotary Club Amsterdam International and Wilde Ganzen is the 5th AlphaBet Club School Project and Building Block’s 7th School. Special thanks goes to Alternatives for Children for their sponsorship of operational costs of the Edelweiss School these last years.

Relive the Celebration below with a few pictures taken at both schools, during the 100,000th or “1 LAKH” meal celebration. 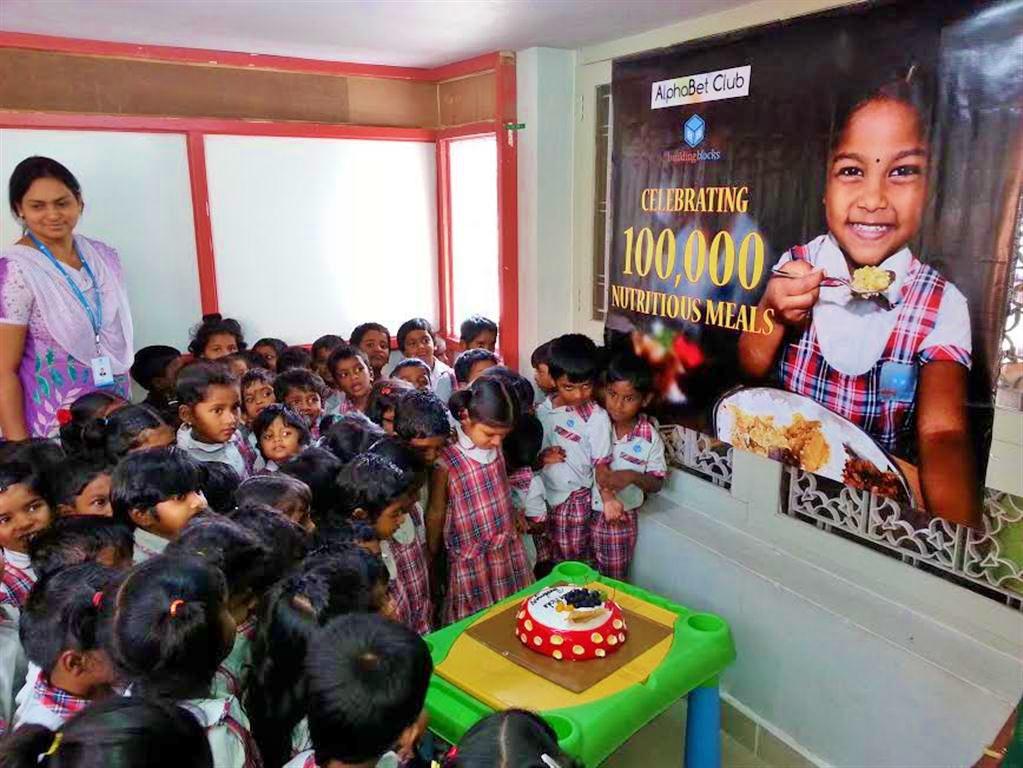 Eagerly waiting for the cake to be cut at Edelweiss 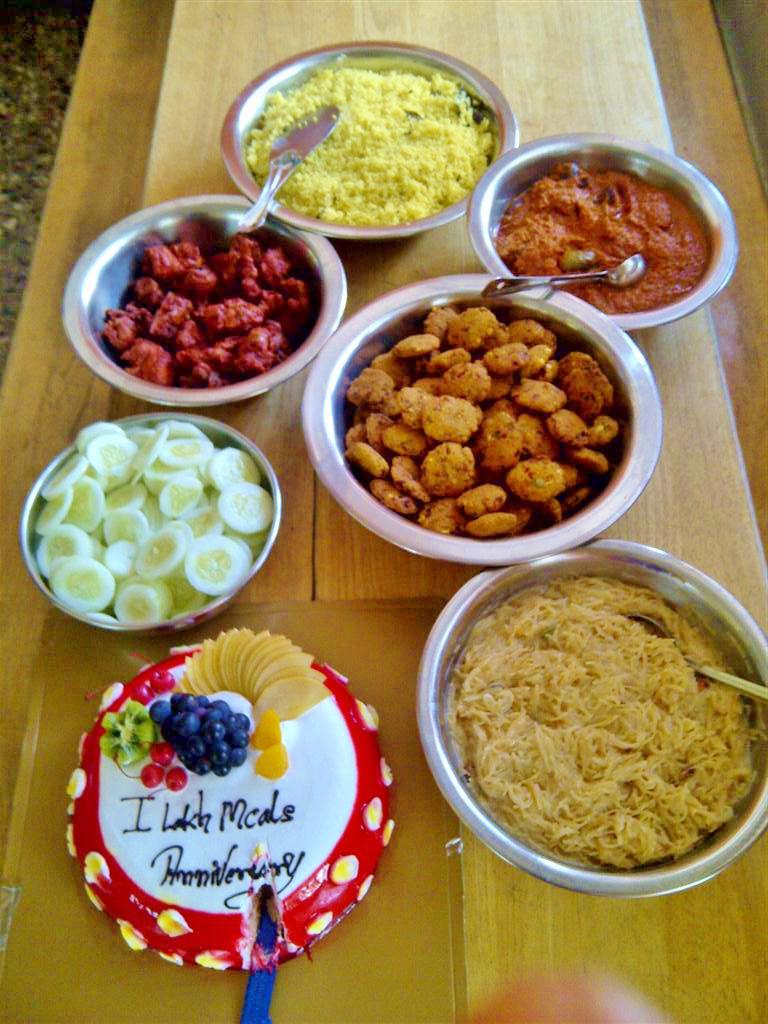 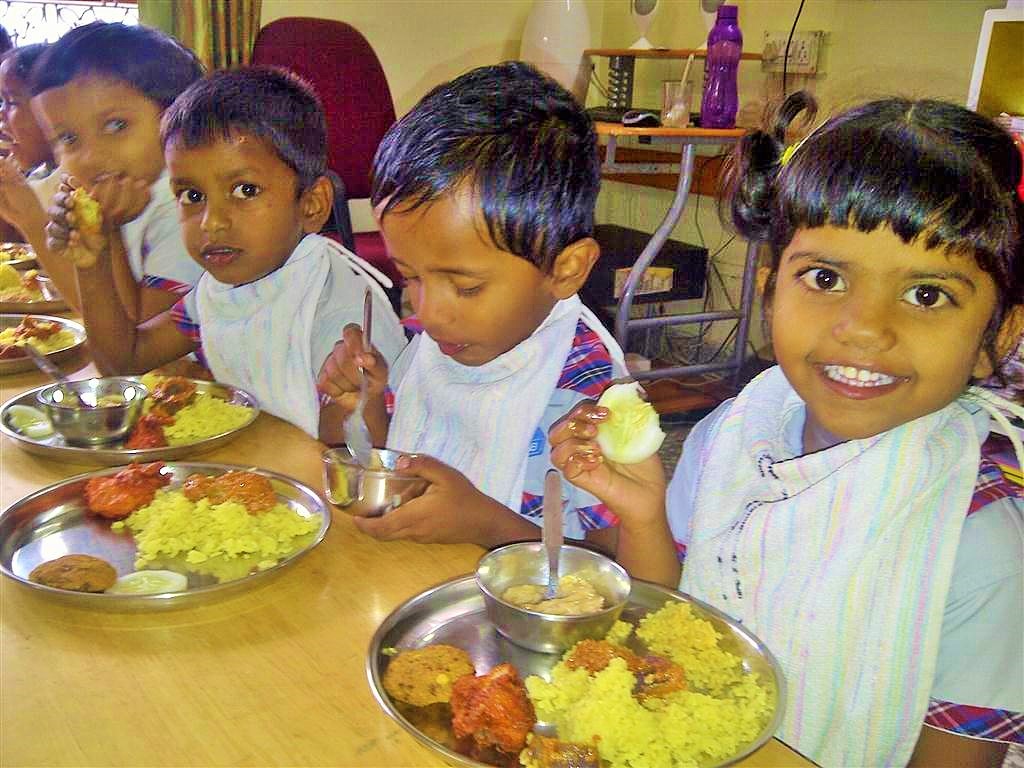 FREESIA – at Freesia, the cook Lakshmi Devi made some really delectable lunch to celebrate this milestone. Thanks to her for all her efforts in cooking nutritious and tasty meals everyday..! 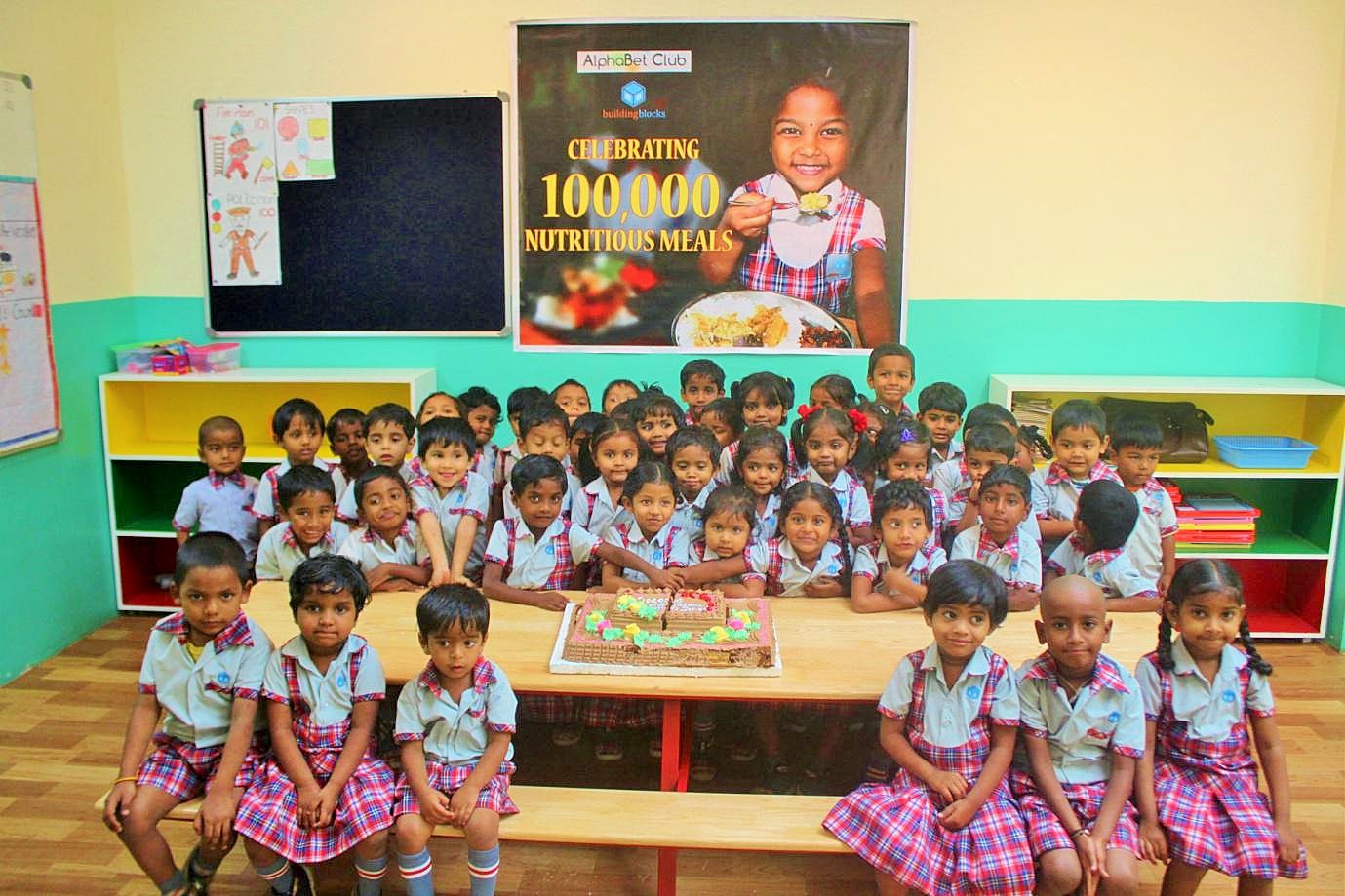 Getting ready to enjoy the cake at Freesia 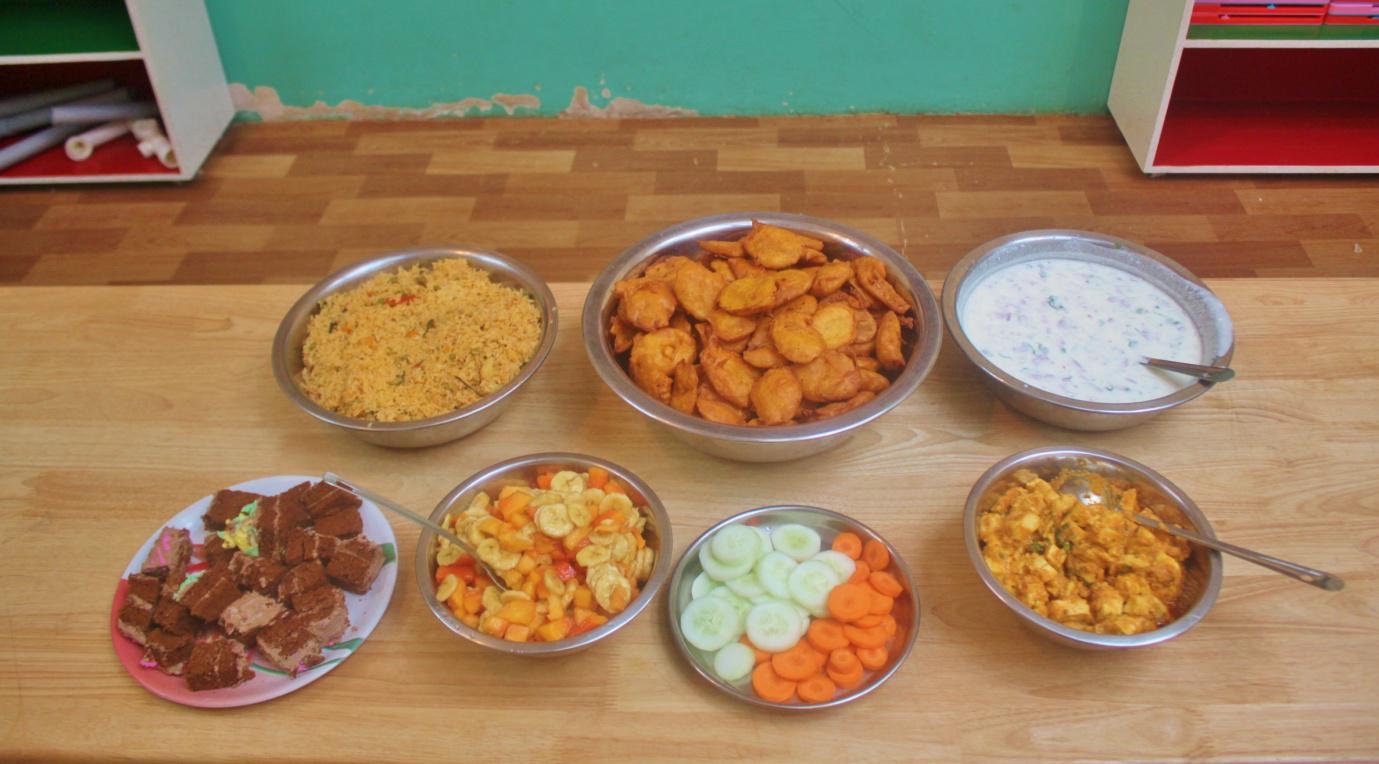 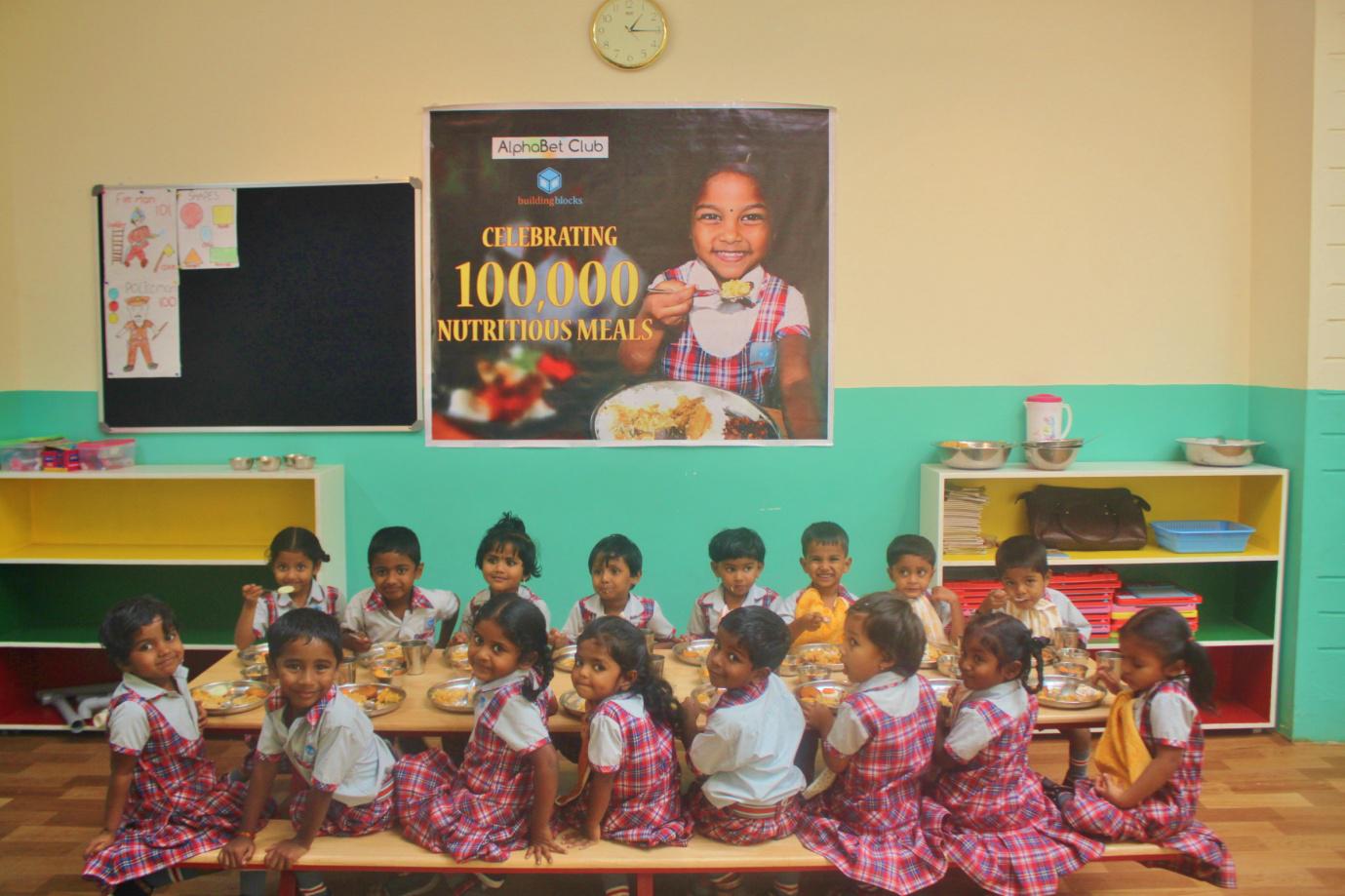 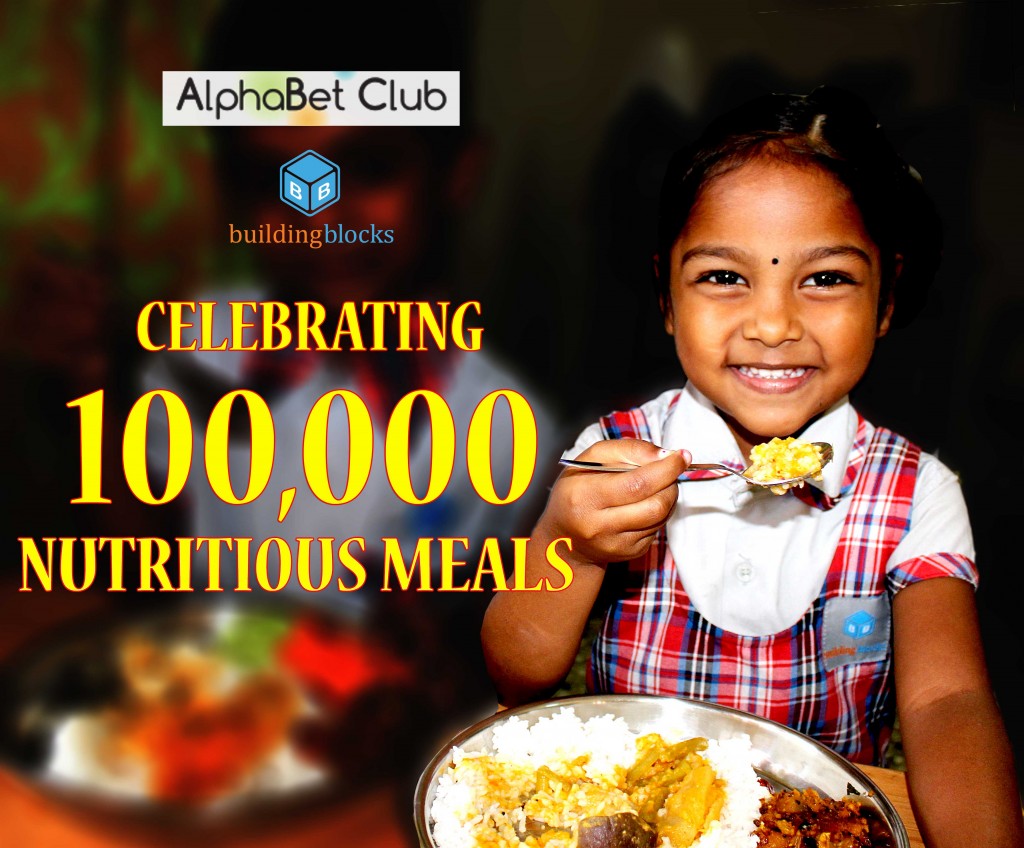 Thanks to all ABCers and Partners!  Follow ABC School Projects updates on our new blog at: www.AlphaBetClub.org/blog  or on Facebook at  www.facebook.com/theAlphaBetClub