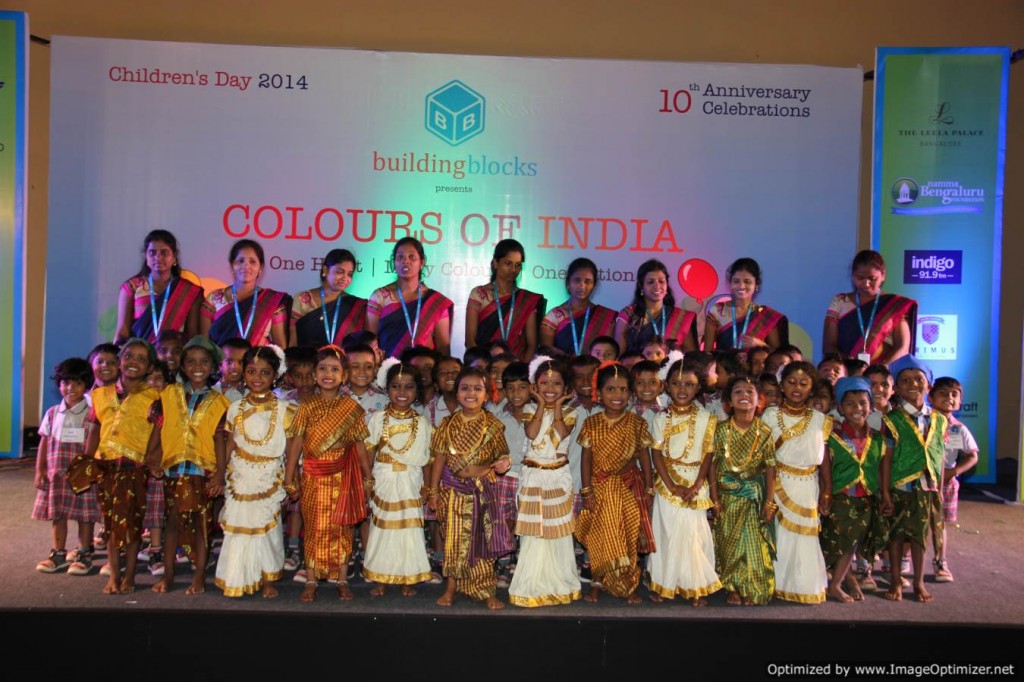 A mega Children’s Day event and 10th anniversary of Building Blocks Schools was celebrated on Nov 15th with about 400 children and a total of 600 people attending this event. This was a huge success with brilliant performances from students which completely mesmerized the audience asking for more!  Guests danced till their feet ached, clapped until their hands turned sore and sang with the children.  This lifted the spirit of the kids and left them performing at their best.  This yearly event drew a big crowd along with the newspaper media wanting to publish an article for Children’s Day!

No. of students enrolled: 91

K4 Math – Focus of the month was in teaching Shapes, Fractions and Subtraction and Addition of numbers.

Fractions: fractions were introduced in circle time activity.  Activities used for fractions were – fractional snacks, lines of symmetry, “Can Everything be Shared?”, Part to Whole and Name the Part.  Keywords used were – Divide, Share, Half Part, Equal, Whole, Third, Fourth, Numerator and Denominator. 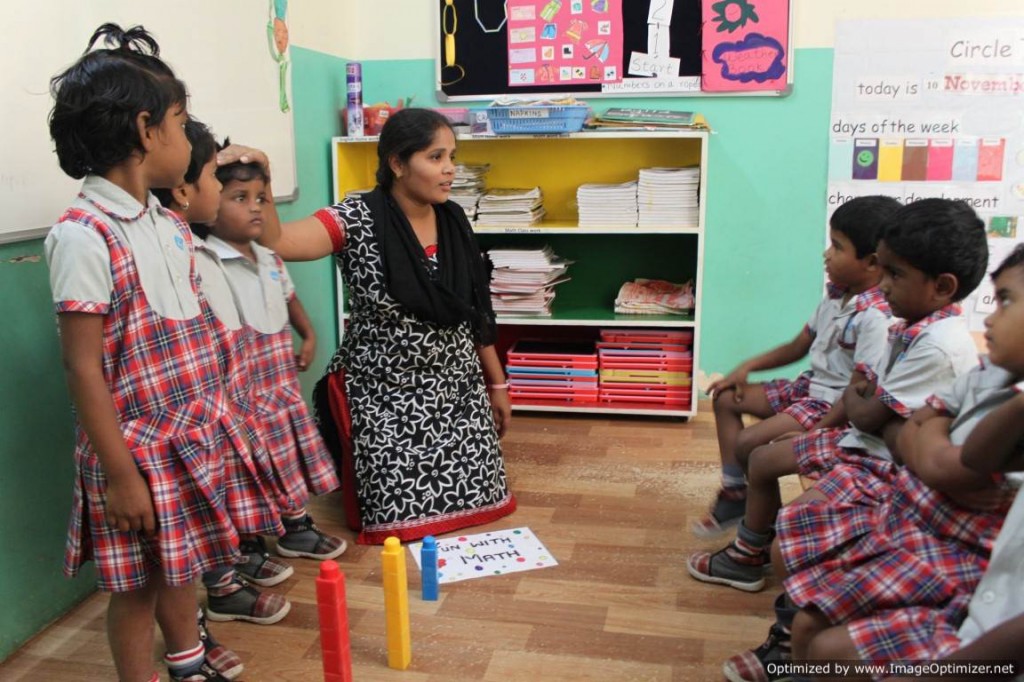 Measurement and time were new topics discussed in the classroom.  Activity included taking classroom measurements.  Children used their foot to measure how many foot spans in their classroom. Another activity was to record the height of each child in terms of how many blocks tall they are. Activity for heaviest to lightest and estimating water levels in cans was also conducted to assist them in the understanding of measurements.  Children were engaged in various activities to recognize time by reading hands of the clock. 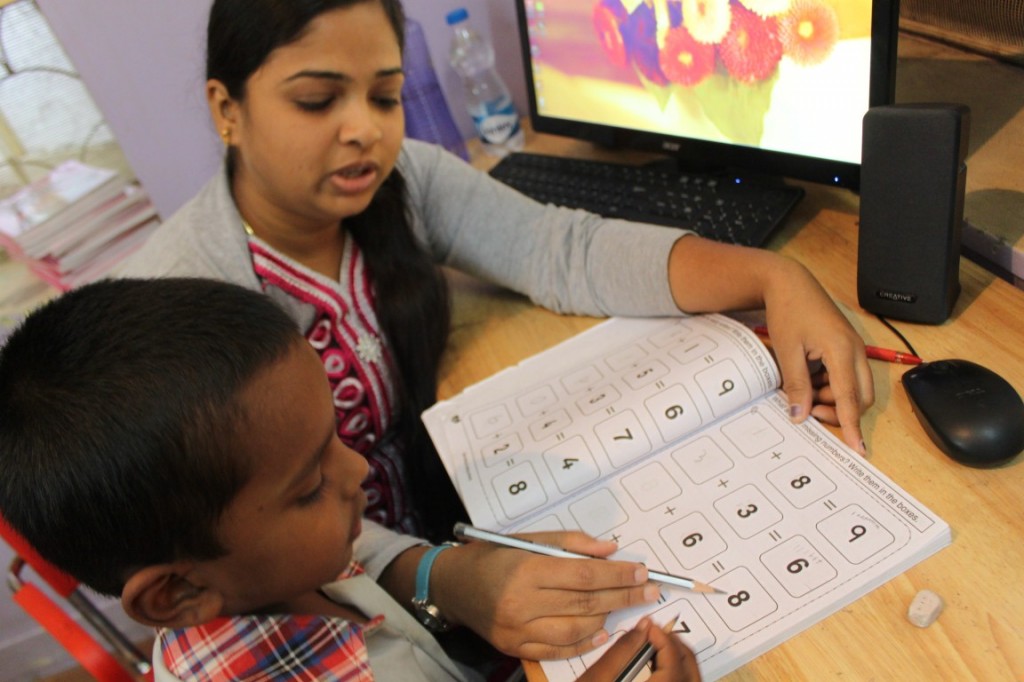 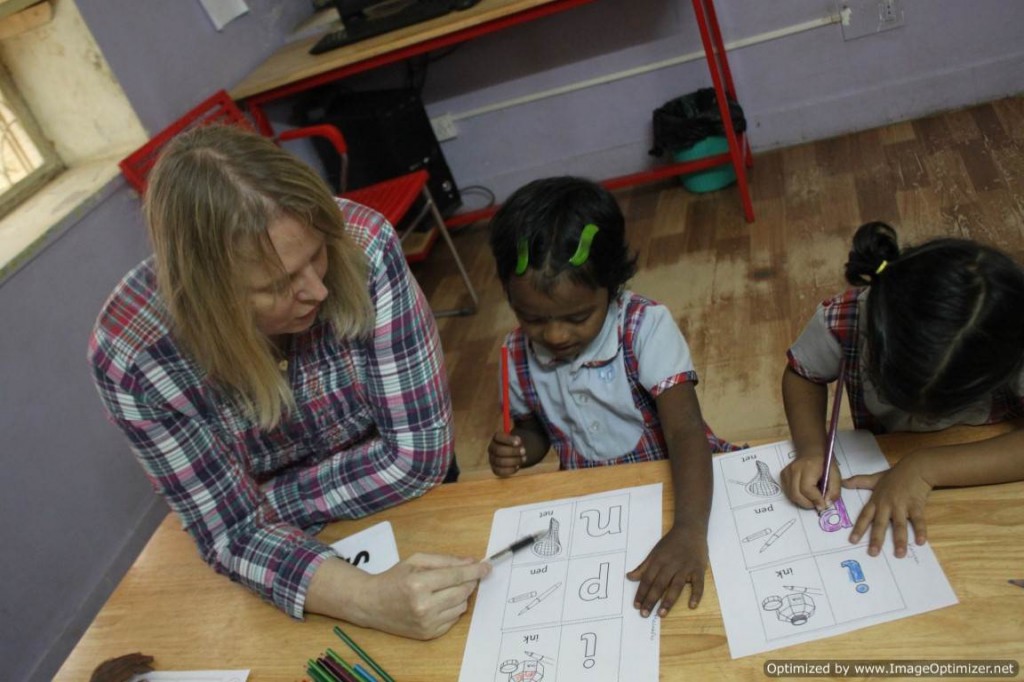 K5 English – Tricky words learned were – what, when, why, where, who, which, any, and many. Children learned the blending words from the word bank (1st group and 2nd word groups).  In language, they learned recognizing and writing the end letter sound.

Pupil book 3 was completed through filling in the gaps, dictation, blending practice, review of tricky words and using right vowels in the sentences. 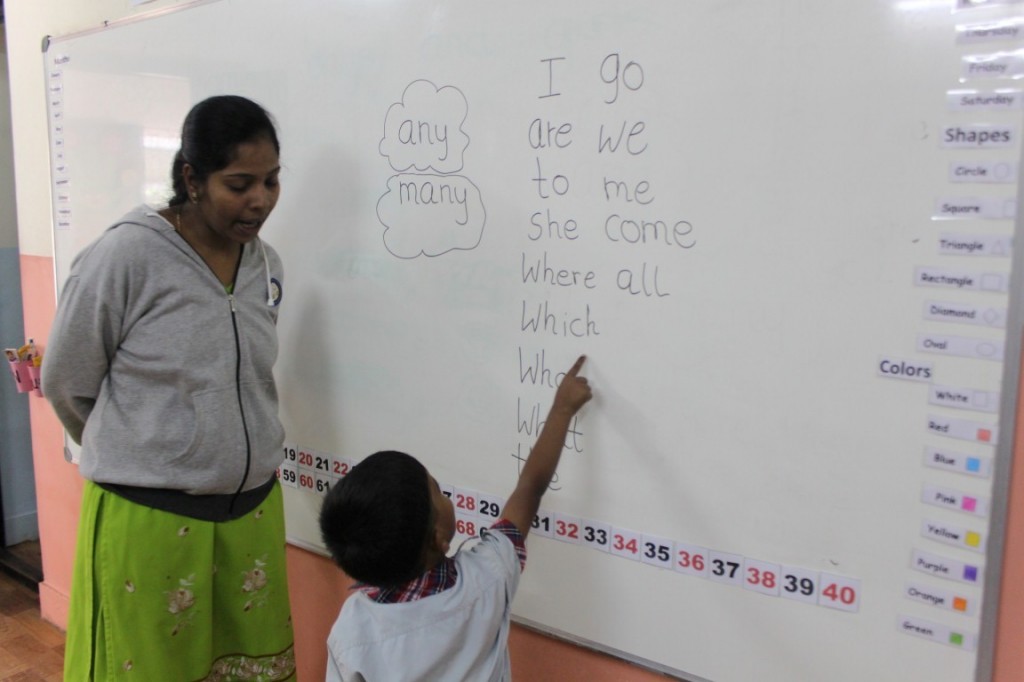 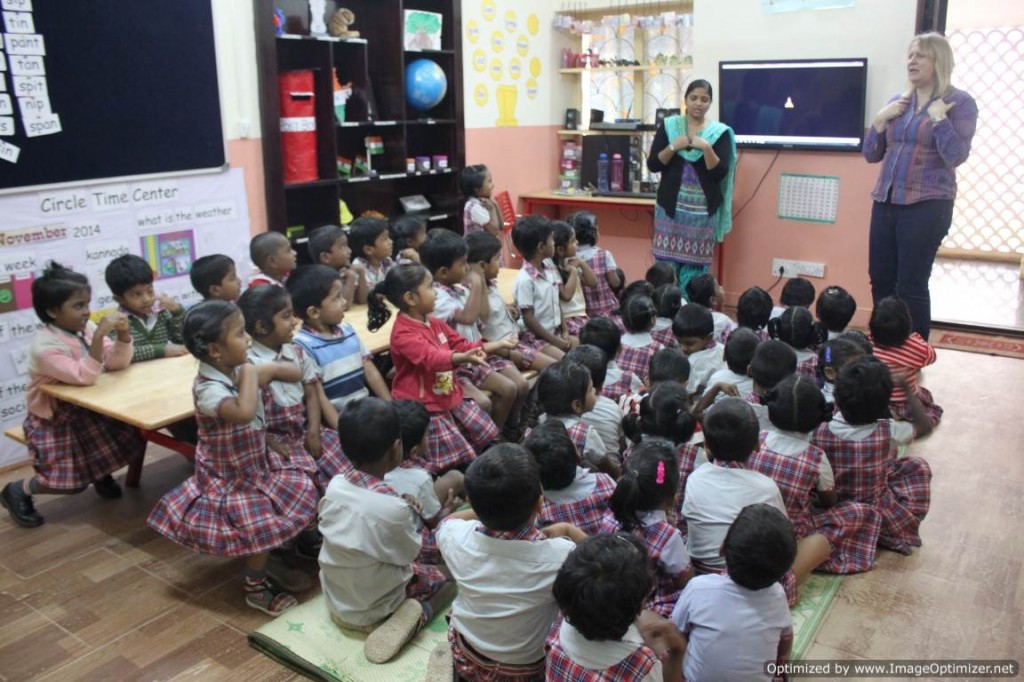 “Maggie’s Trip to the Ocean” was achieved through centre activity – sorting seashells, outdoor activity- follow the sea creature, math and language“ A School of Fish” and story comprehension. Did Maggie see it? 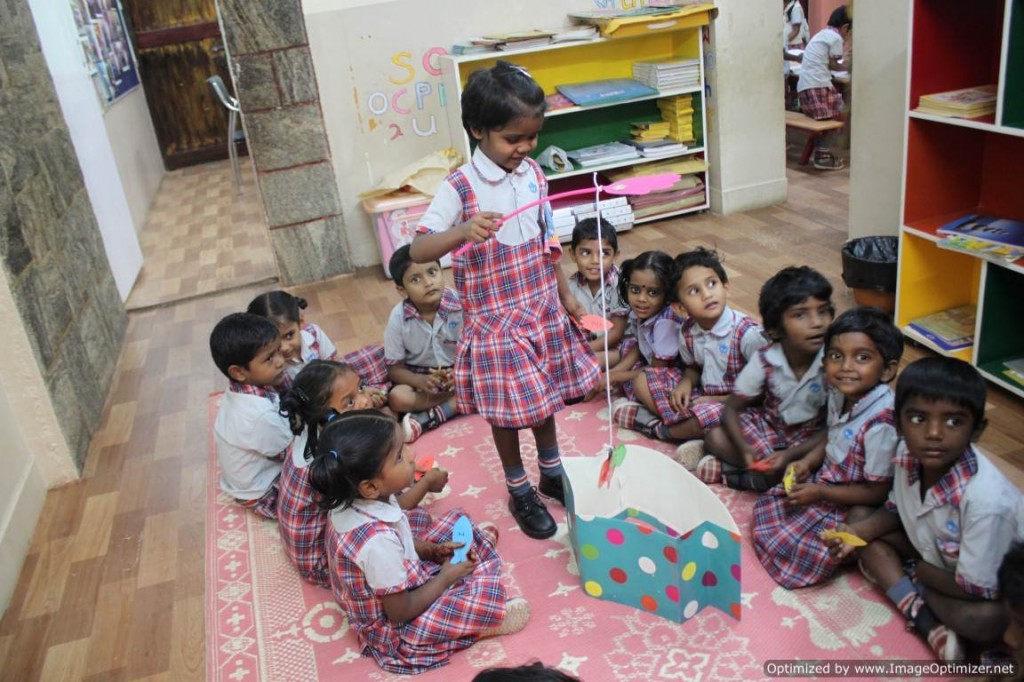 K5 Social Science – Children learned about neighboring countries and oceans.  Children also learned the four Metro cities of India, the number of states in India, the Capital of India and neighboring countries of India.  For the state “Karnataka” (relevant to where they live), they learned the Capital of Karnataka, important places in Karnataka and drew a map of Karnataka on the chart paper.  In our city “Bangalore” they were shown important places in the city through a video. 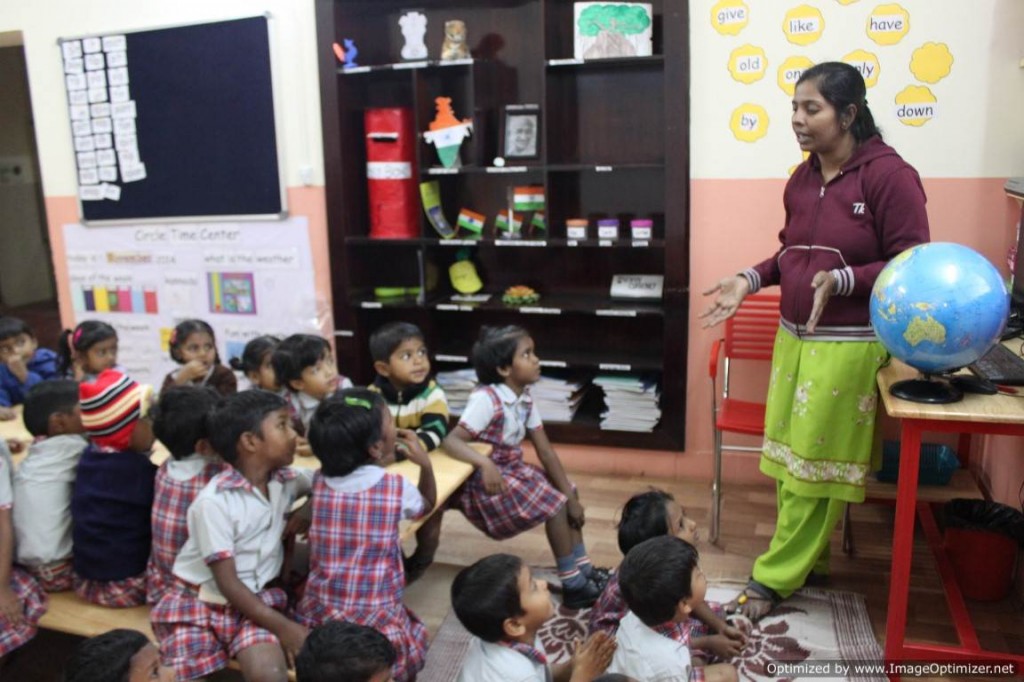 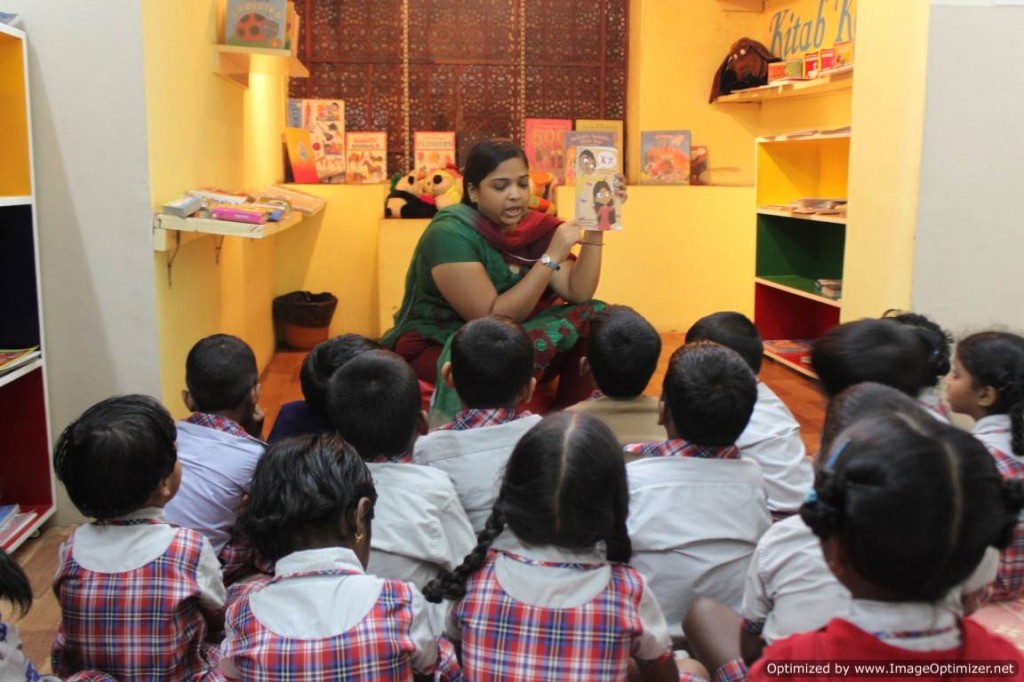 K5 Native Language Kannada – Taught letter “Ka” through writing the letter, formation of the letter and by giving writing practice for the letter.  We also started Kannada language consonants from “Ka – Ga”.

K4 Value Education – They learned about self control.  Children learned that when they go out with their mother, they should not beg for things they want, they should ask once, and accept mother’s answer. When they beg after they have been told “no”, they are being selfish and disobedient.  If mother says “yes” they should say “Thank you.”

K5 Value Education – Moral stories “The Donkey and the Dog”, “Our Big Home INDIA”, “Hurting You and Hurting Me” were read and the moral of the stories was explained to them.

K4/K5 Genki English – How old are you, What’s your favorite color?, Fruit market, Numbers 1 to 12, Under the Sea, Eat! Drink! Dance!  All of this was achieved through words, mini lessons, songs, games and karaoke 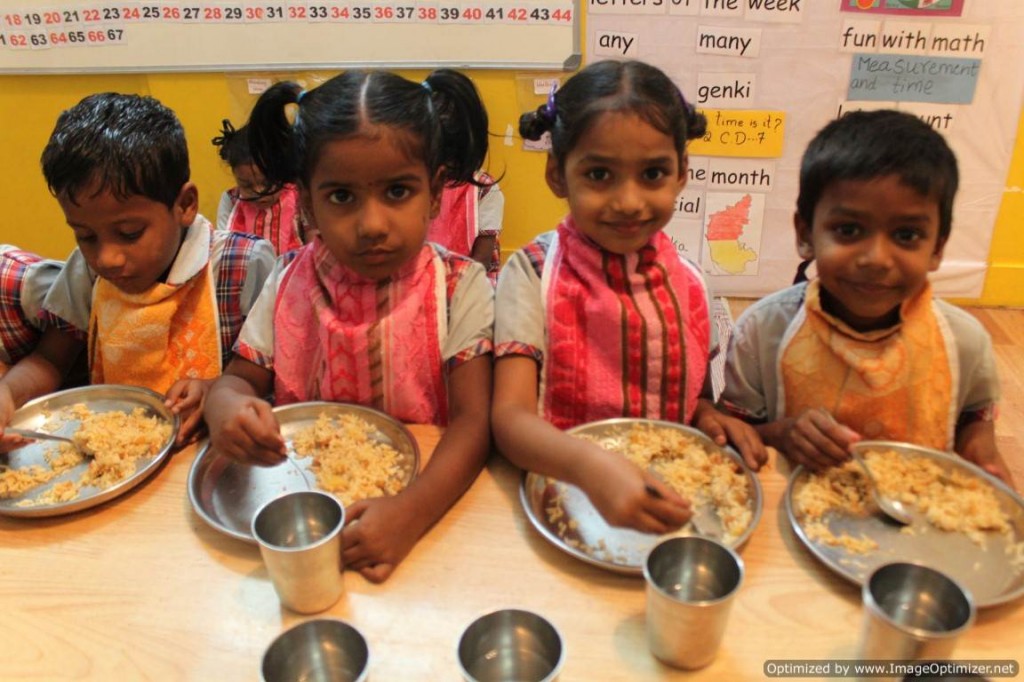 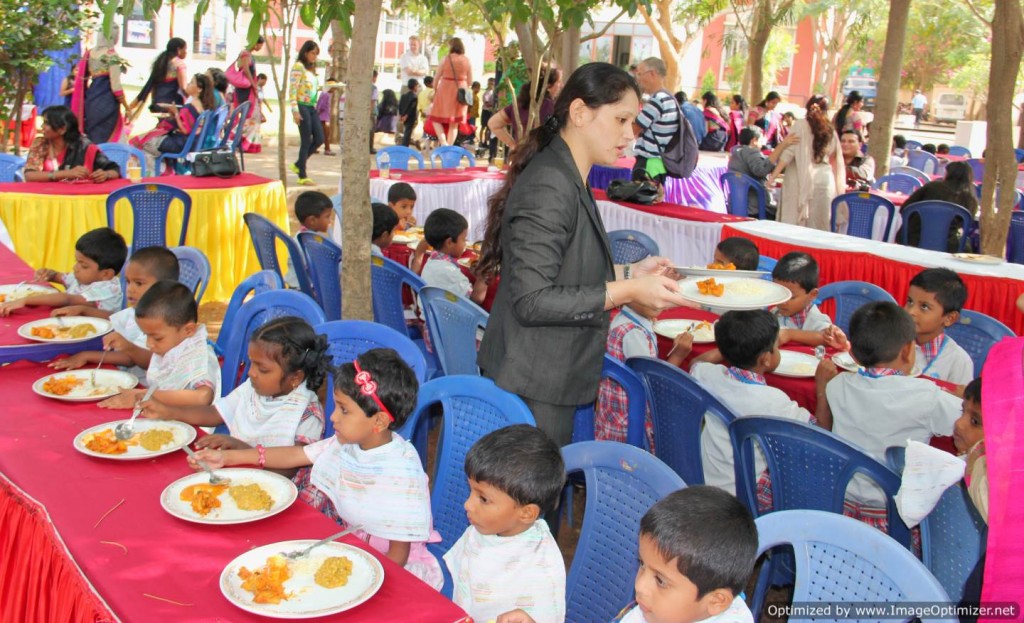 Wizz Kids, Amsterdam and Rotary Club of Amsterdam visited Freesia and appreciated the significant growth of the children and the programs in the last few years.  They enjoyed spending a couple of hours at the school and visited a neighborhood school where Building Blocks children study beyond K5.

This year ABC-BB schools celebrated Children’s Day on November 15th.  Through ABC-BB partnership, we realize that if the less privileged children are provided with proper educational foundations and development opportunities, they can break out of poverty and contribute to the society that they live in.  On the other hand, failure to feed and educate the children. prepares to ruin all the expectations of humanity. 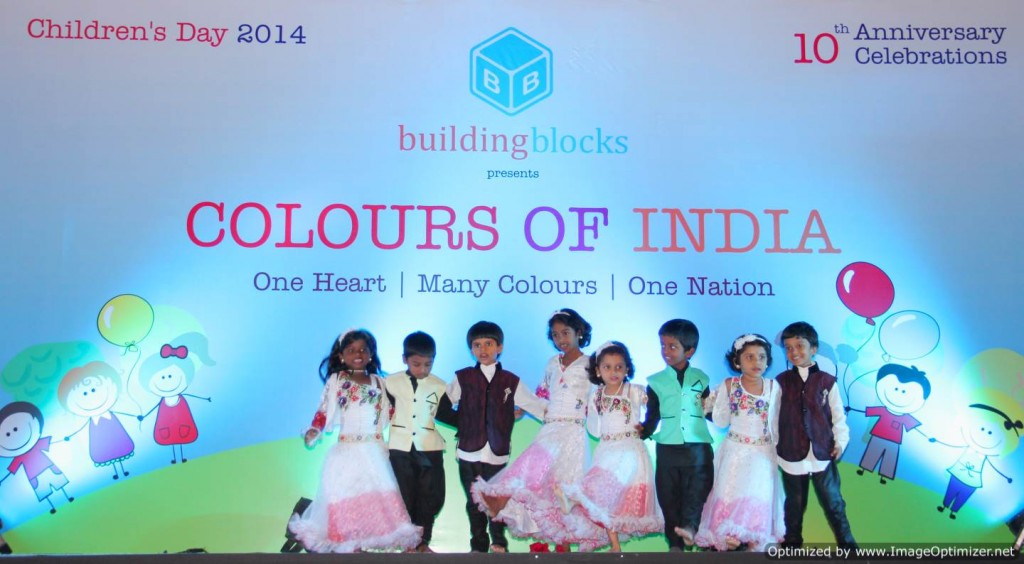 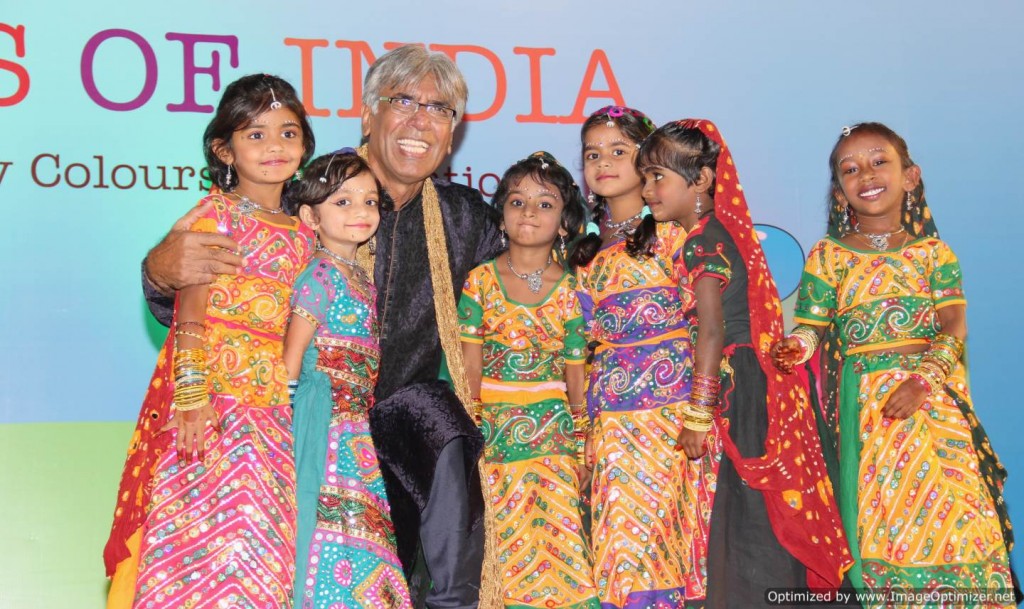 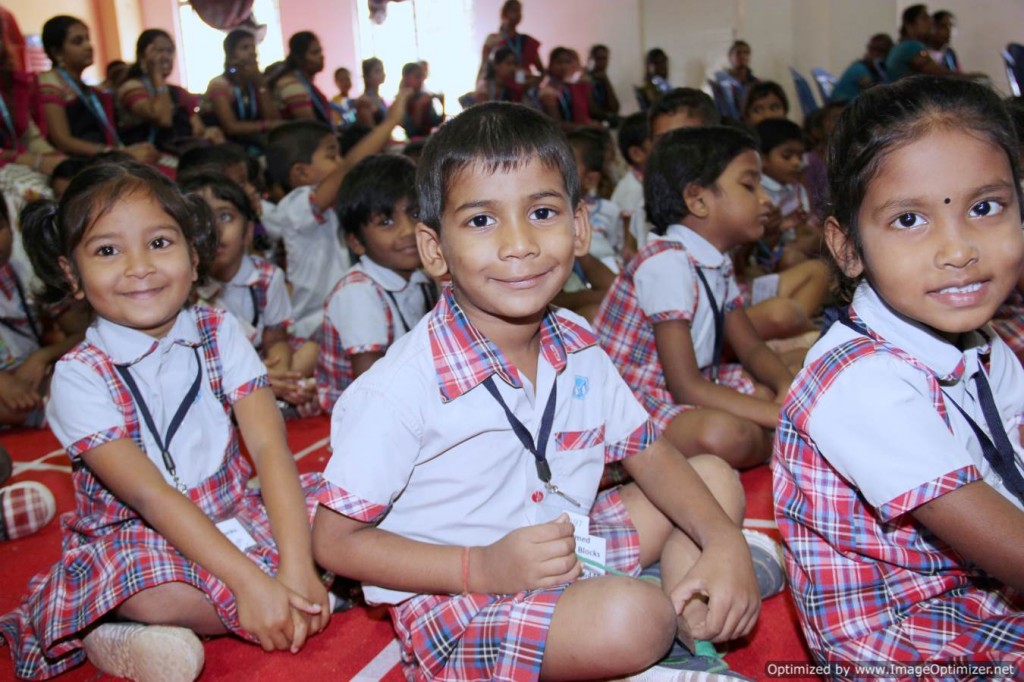 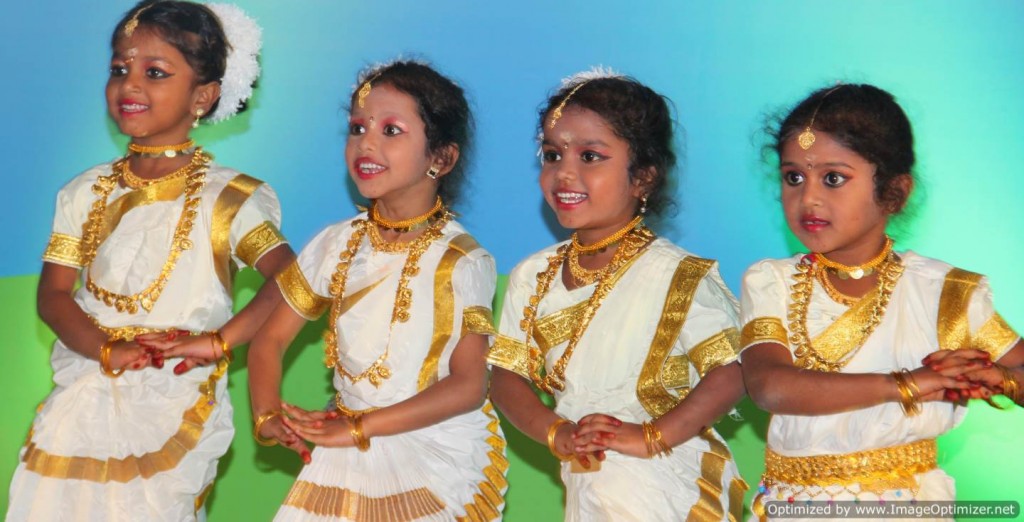 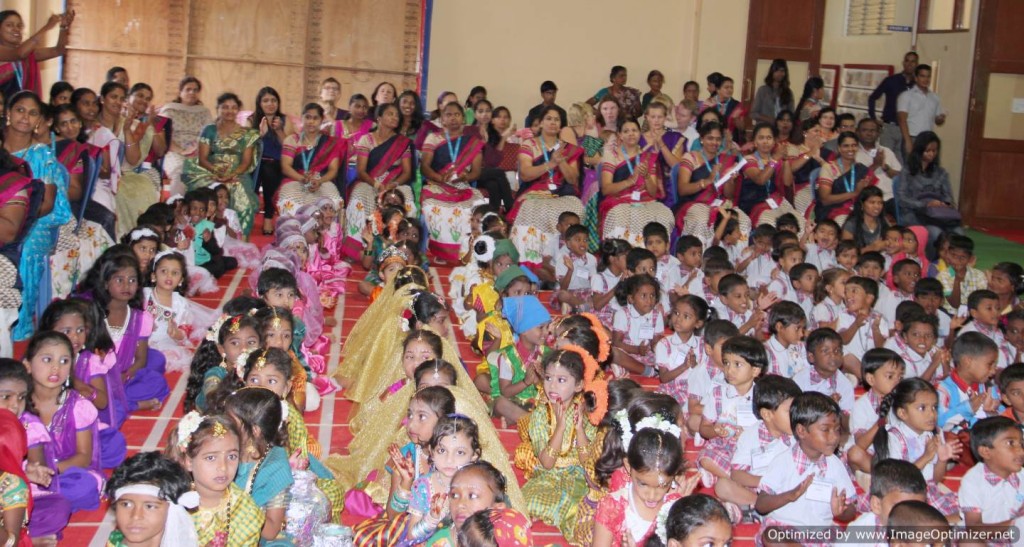 A local newspaper published the Children’s Day and the 10th anniversary event.  This is a special moment to share with all the ABC donors and members.  Thanks to ABC members for the continued support.  With your kind gesture the ABC-BB partnership has gone a long way in helping the less privileged children in Bangalore city.