ABC Edelweiss children had wonderful Christmas celebrations!  With Christmas in the air, our expert carol singers (Edelweiss children) and an onboard Santa Claus (Mary, Edelweiss teacher) to bring in gifts there was nothing left in mesmerizing these kids.  They were spell bound by the month long happenings at school.  Children also enjoyed good ten days of holidays for Christmas and New Year.  Year 2014 went by smoothly at Edelweiss with many scholastic goals achieved and learning reaching its summit as we go past the mid academic year now!

“Time and Money” was introduced within the circle time hour.  Activities included were – Waiting for School, Sundial, Using the Clock, Number Line Clock and Clock of My Own.  Keywords used for reinforcing this was: Time, Afternoon, Minute, Bill, Day, Month, Seasons, Tomorrow, Yesterday, Coin, Hour and Morning.

“Measurement, Time and Money” was the focus of the month.  Estimating water levels, money magic, number line clock, any time ideas, writing numbers from 1 to 100, writing even and odd numbers from 1 to 20 in their note book, learning about the clock like the numbers, needles, hours, minutes, seconds and finally explaining about morning, noon, evening and night.

Children learned to connect capital letters to small letters with match the following activities.  Under phonics tricky words learned were: the, he, she, me, we, be, I, was, to, do, all and are. 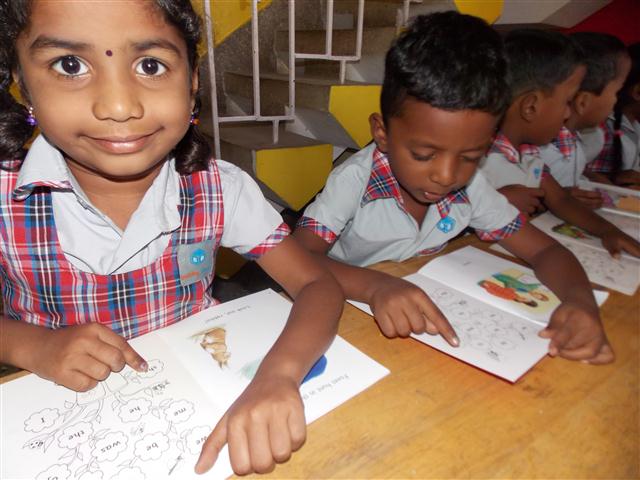 Children learned to identify and write the initial and final consonant for words that teacher chooses.  Children were also able to write the letter for the vowel sound used in the picture.  K5 has comfortably moved into phonics comprehension which includes: a blending practice, reading sentences and reading and matching.  For the tricky words learned so far, children were asked to fill in the gaps, complete the sentences and an oral dictation for writing the words was conducted.

“In the Ocean”- was the topic for the month.  This was achieved through centre activity, outdoor activity, story comprehension and by building language skills.  Various activities were conducted to learn the topic: In the Ocean, Catch the Jellyfish, Near the Sea Shore, Sea Grass Ocean Puzzles, Find the Shapes, Counting the Jellyfish, We Live in the Ocean, Sea Rhymes and Art Work.

Children learned about their school – Edelweiss.  They learned about who has what role in the school like the school manager, teachers, junior staff, classroom names, different branches of Building Blocks schools, name of the founder, HR, project manager, address of the school, number of students in the school, number of boys and girls, parents name, names of siblings, child’s height and weight, number of family members, occupation of parents and finally discussed about community helpers.  Children are now familiar and can talk few sentences about a fireman, a policeman, a teacher, a doctor, a nurse, a dentist, a farmer, a baker and a waiter.

Brill Reader stories were read out to the K4 children.  They were: A Bug a Slug, A Man and his Pet, The Cat, Rat and Bat, Animal Sounds, Hide and Seek and Smiles.

Children were introduced to the letters gha, gna and cha.  It was explained to them by showing the object which starts from the letter gha and they also practiced writing the letters in the sand box. 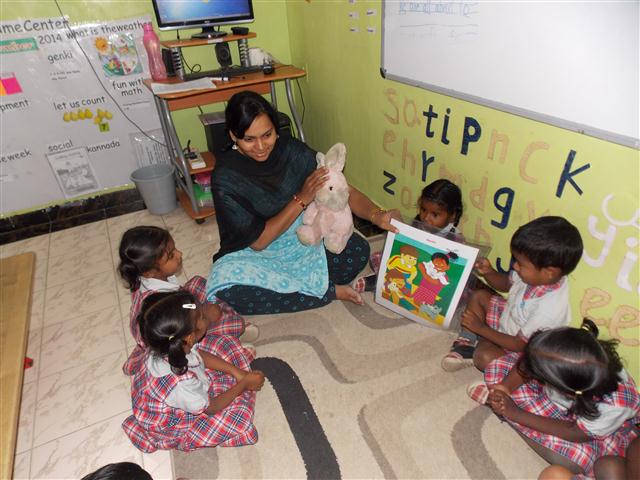 Under value education this month children delved into understanding loving their family and being helpful to them.  This was achieved through an introduction by the teacher reading out loud a story and classroom interactions. 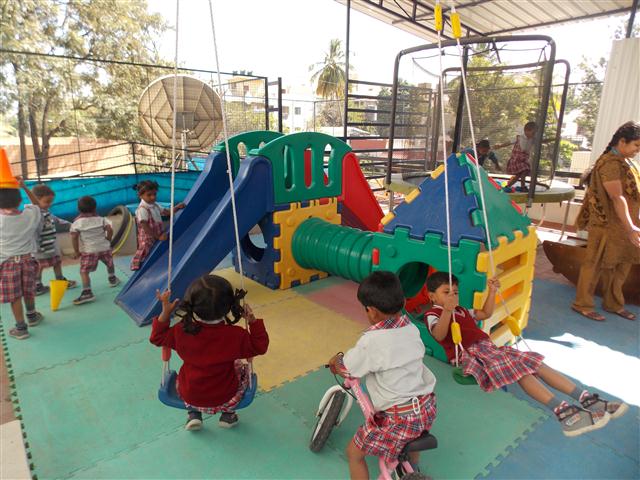 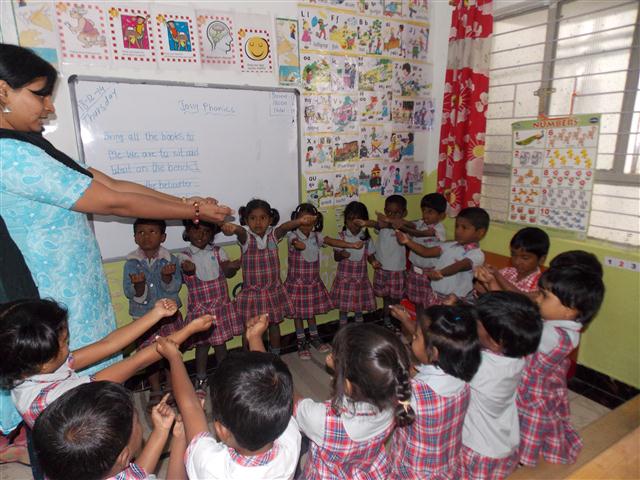 This month K5 used their PE time in learning Christmas carols with songs and actions. 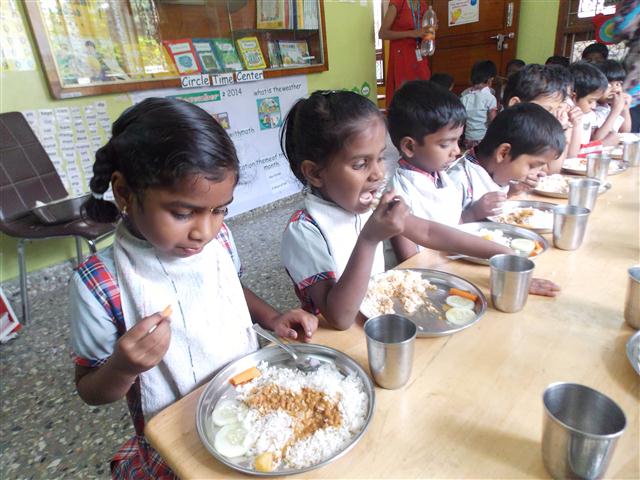 Priya and her family from Tulsa, OK, USA, visited Edelweiss school in December.  Priya is an Indian American who has lived over 35 years in America and has created a niche for dance in Tulsa.  She is a well known dancer who has been successful in bridging the Indian culture with the American society in Tulsa.  Her dance productions have gained a lot of popularity in Tulsa with many Americans watching her shows.  Her productions usually are multi cultural and of varied ethnicity of Tulsa.  She was overwhelmed by visiting Edelweiss and she even gave dance lessons to our K5 students.  She was surprised at the hidden talents of dance in many of these children! 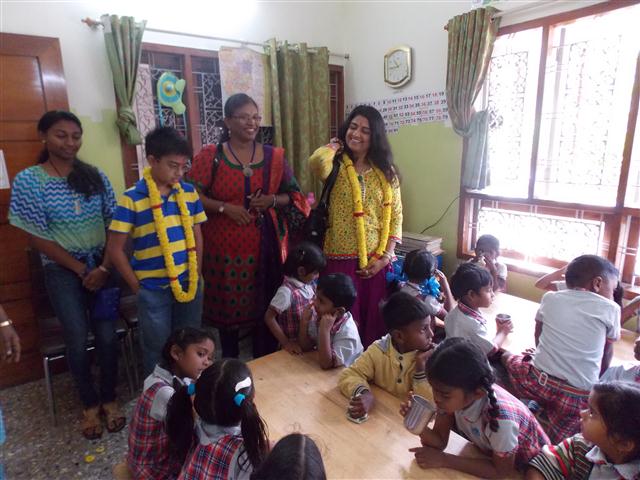 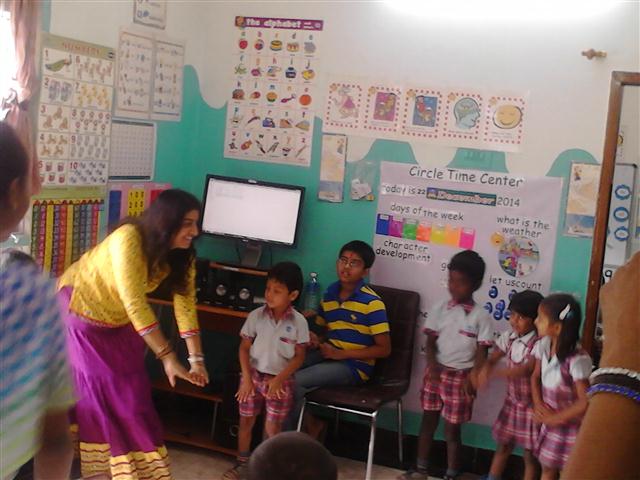 Christmas decorations, children singing carols, visitors, yummy food and a special lunch for the Building Blocks head office team were all done with great joy during December at Edelweiss.  Here are some pictures that we want to share with our fan club! 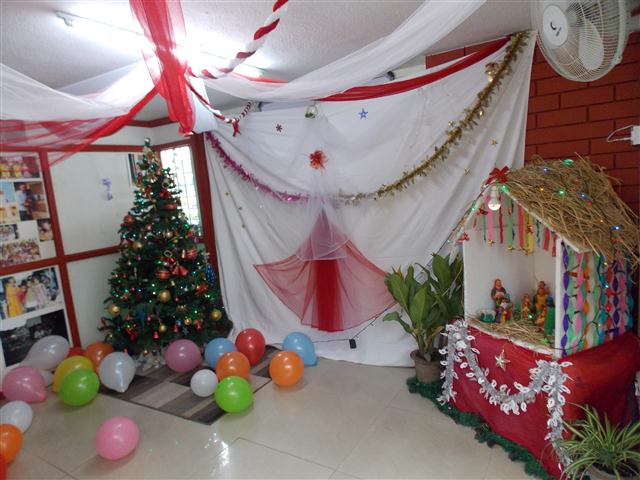 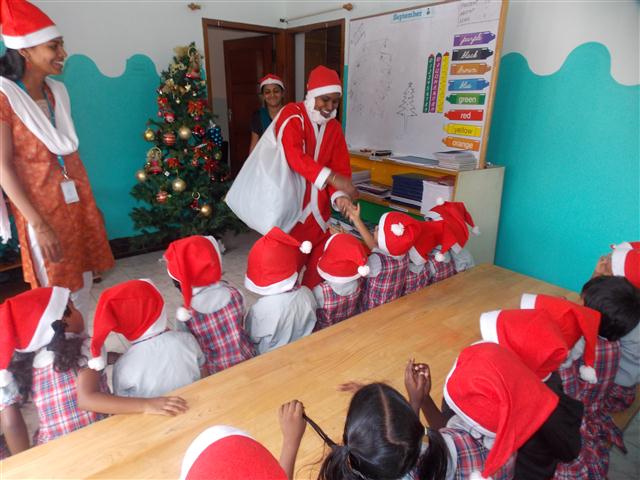 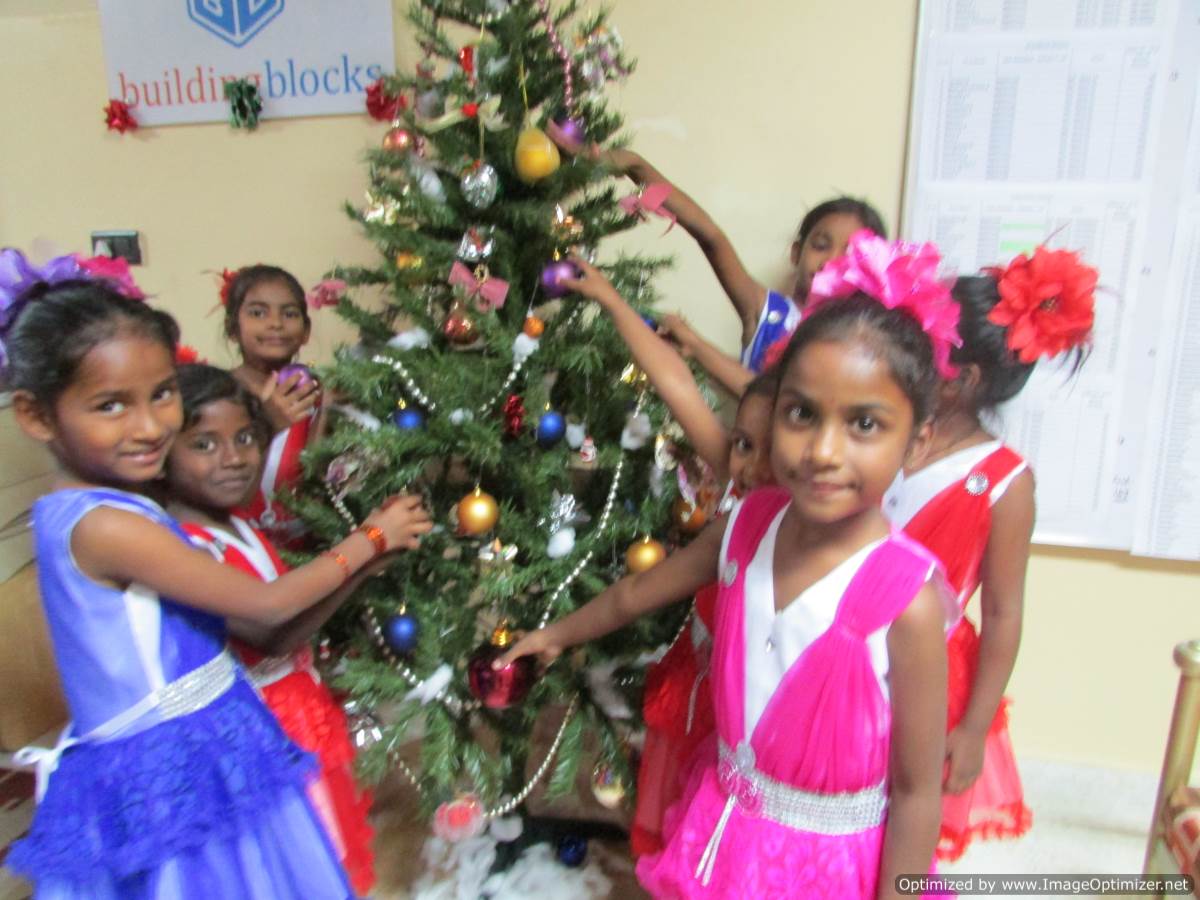 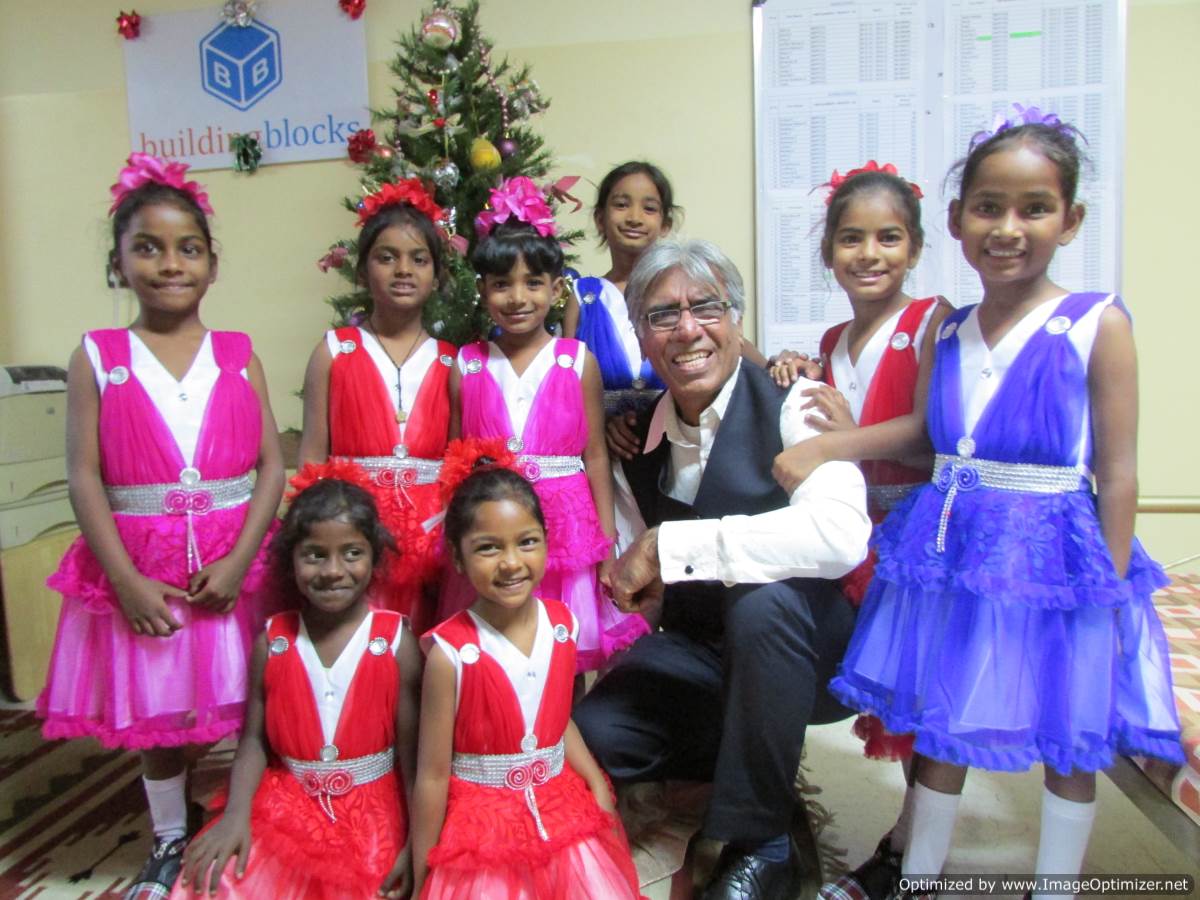 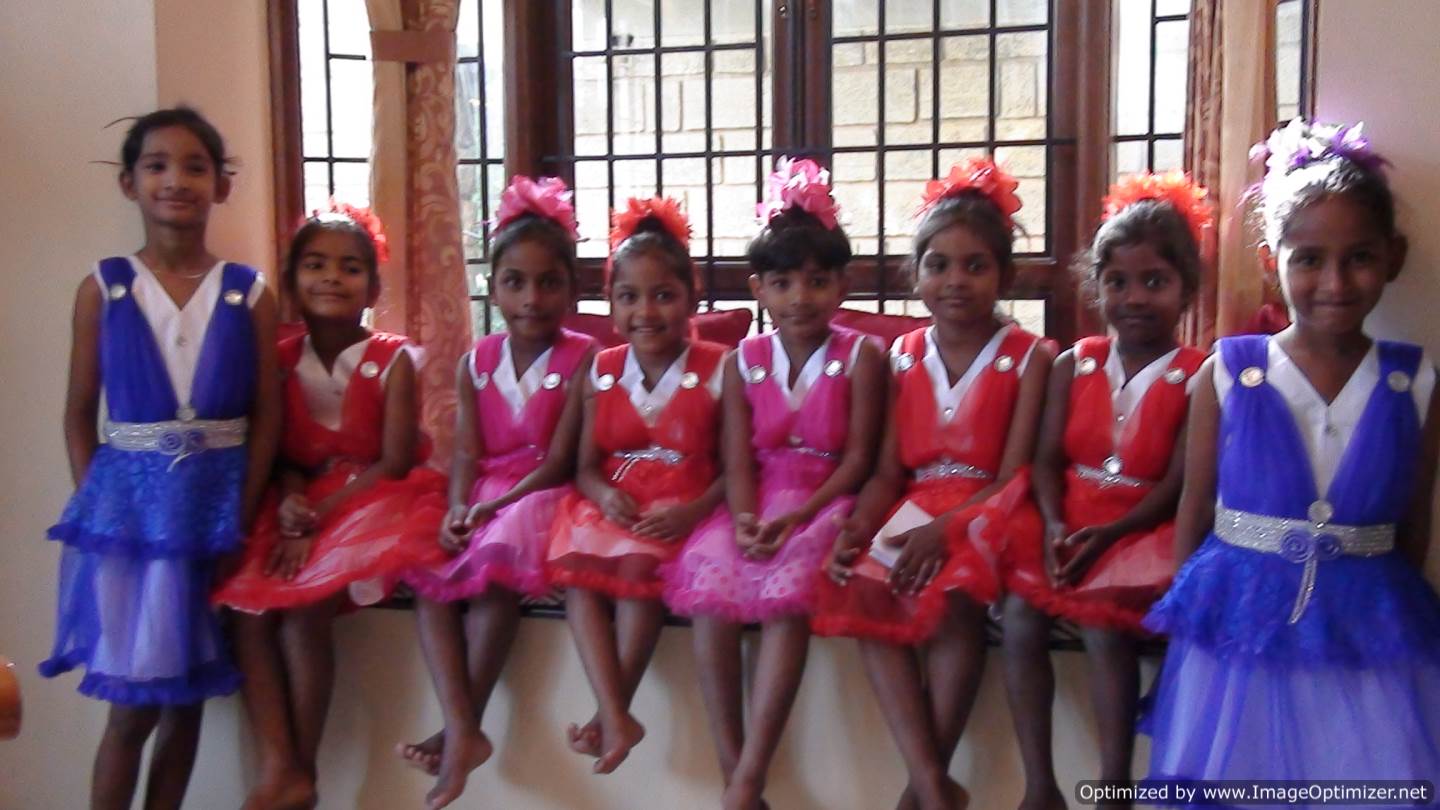 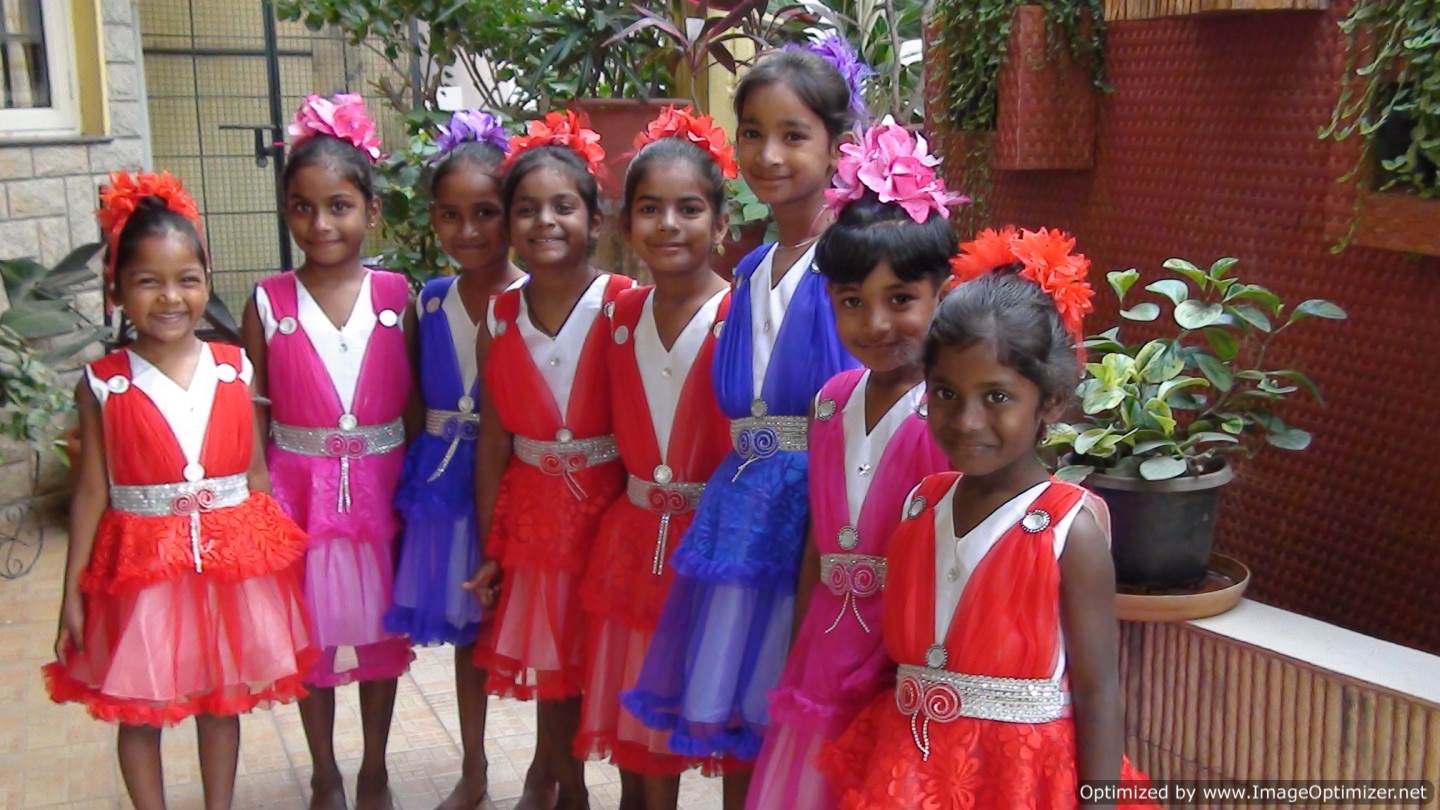 A few Edelweiss children and After School Program (ASP) children of Edelweiss were invited to perform at a Christmas carnival arranged by a five star hotel, Royal Orchids.  These kids were treated to some of the finest cuisines of the world!  Children’s eyes and faces expressed the tremendous joy they had by visiting this place. 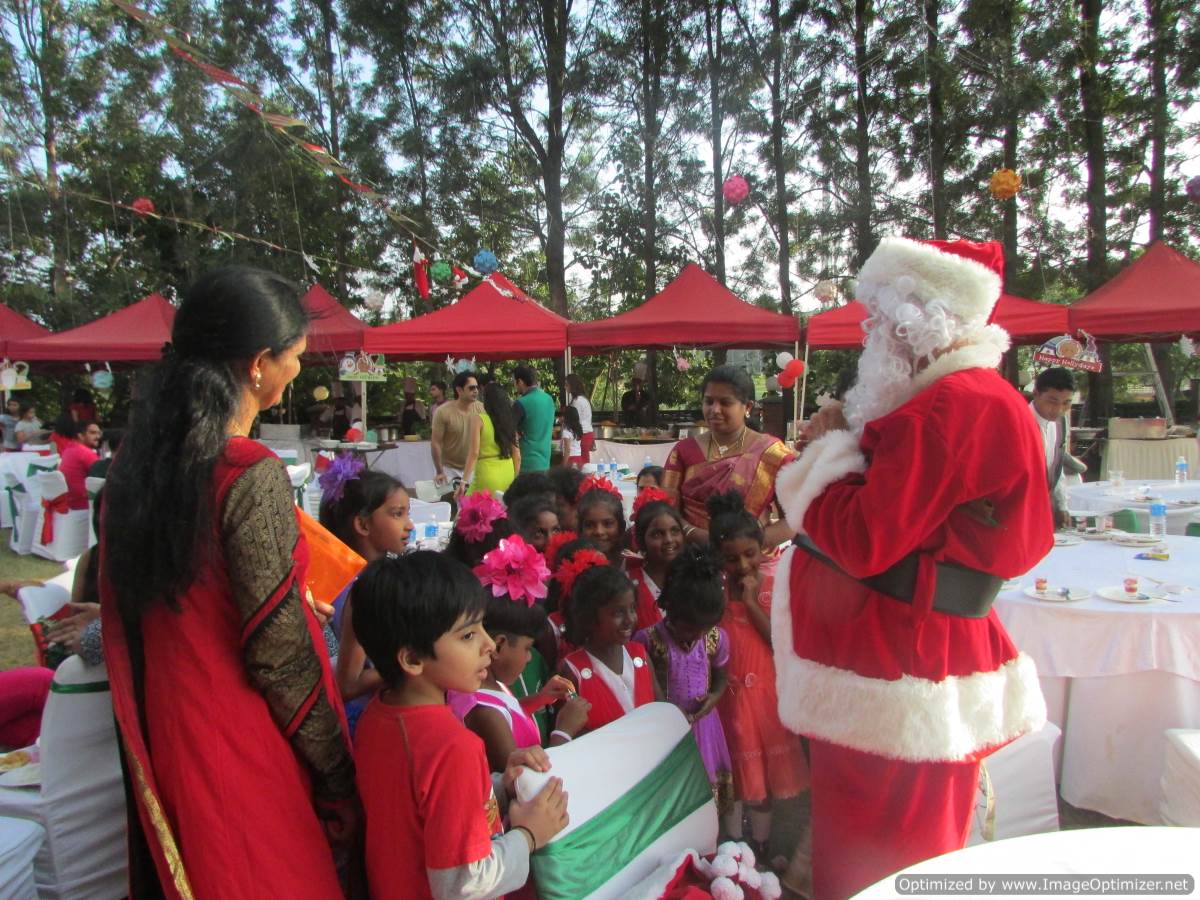