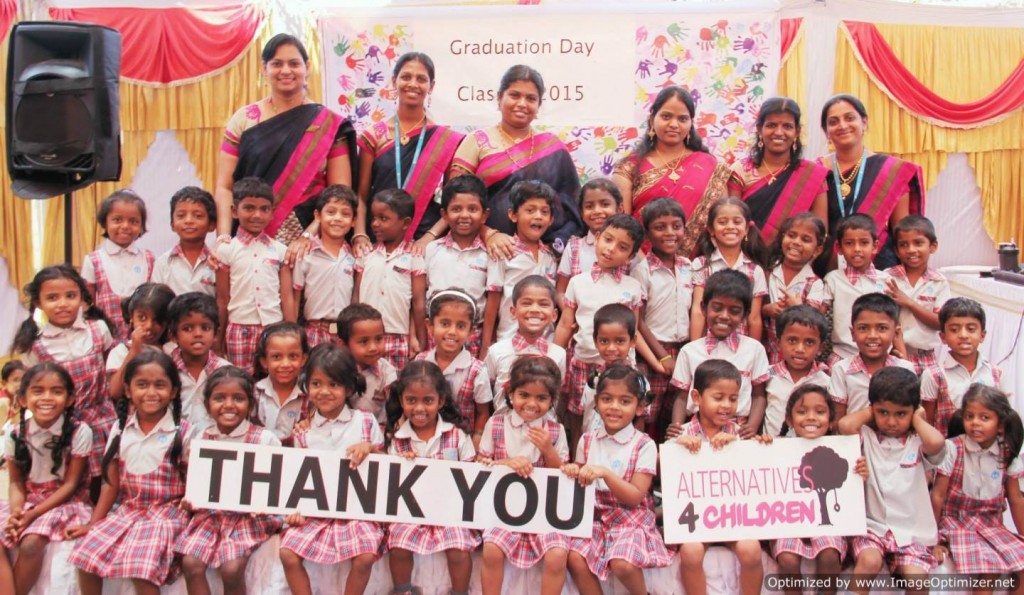 AlphaBet Club Building Blocks is proud to have completed another impactful academic year.  A total of 37 children graduated this year from K5 in Edelweiss. A total of 33,695 MEALS for the academic year, 135,322 MEALS since opening of Edelweiss and 211,970 Partnership MEALS were served!  Kindergarten diploma certificates were handed to all the graduates. Academic excellence certificates were handed over to outstanding children for many categories. 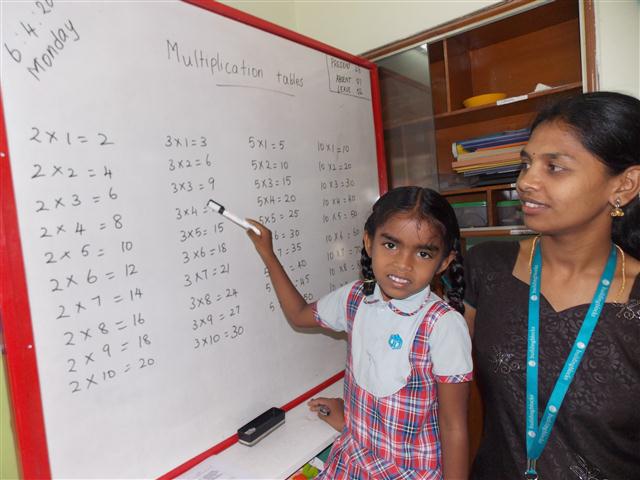 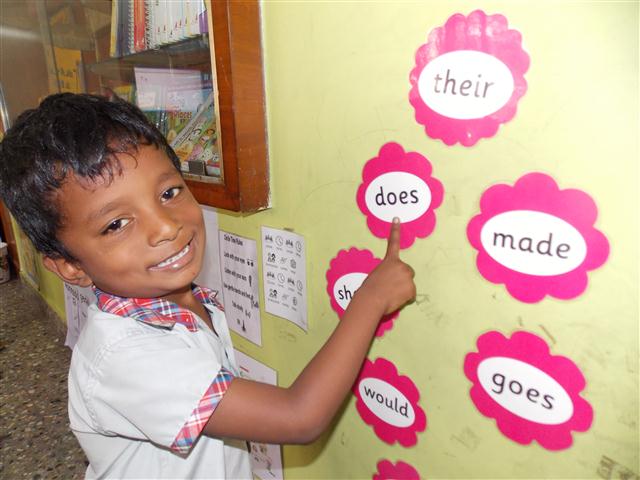 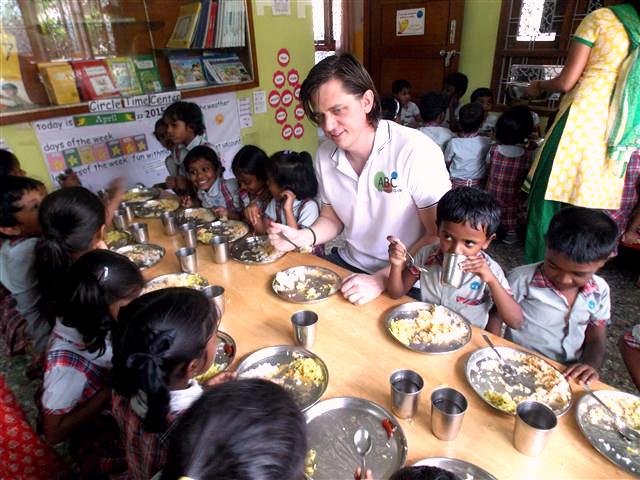 On April 19th a total of 37 K5 children graduated from Edelweiss this year.  A grand graduation ceremony was held in GD Mara slum with the graduating kids and their families.  ABC’s friends and well wishers were present to celebrate the happy moment.  A proud moment for all the ABC staff and volunteers for this accomplishment! 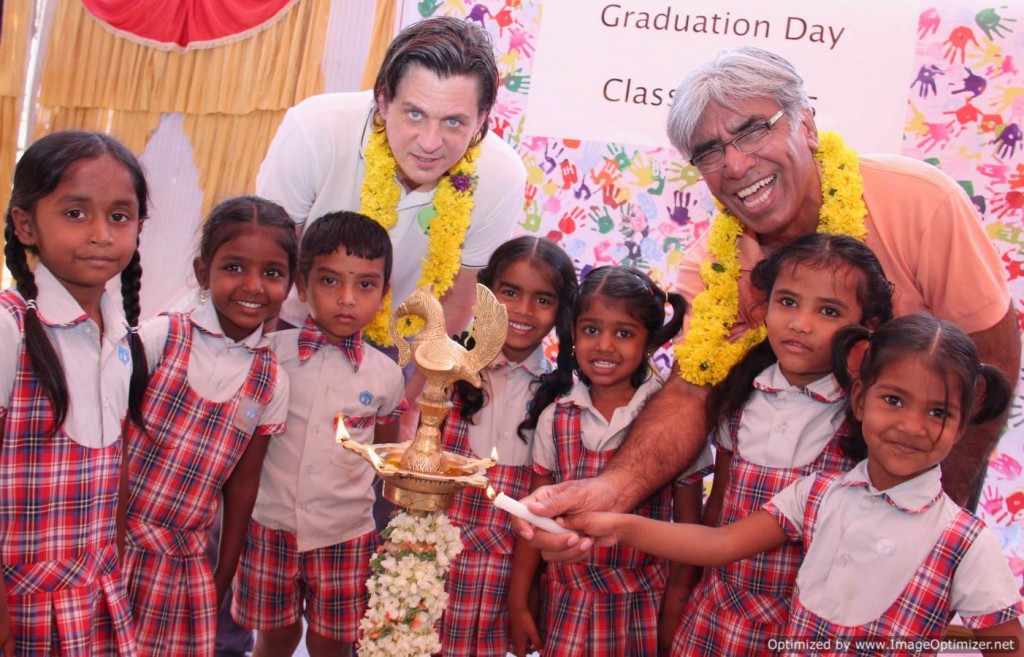 Commencement of graduation ceremony with the lighting of the lamp 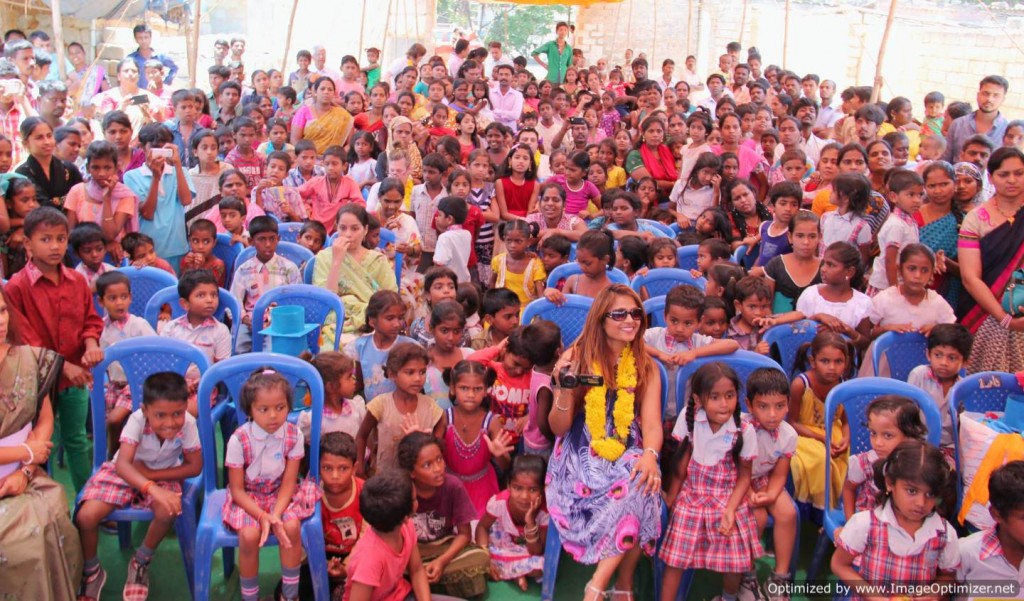 A huge gathering at the GD Mara slum with Edelweiss kids and their families. 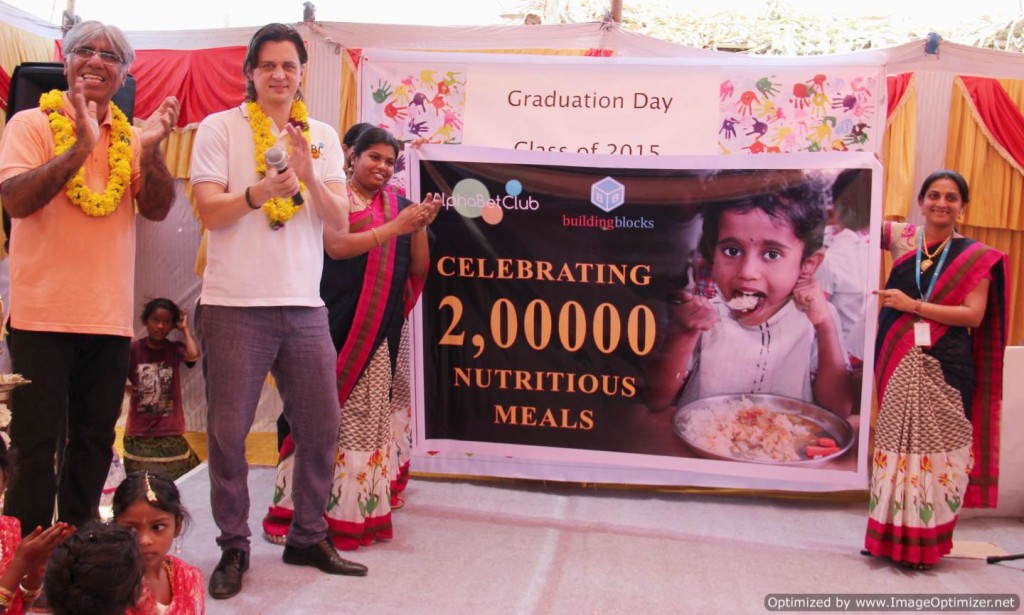 ABC released the 200,000 meal banner on this occasion 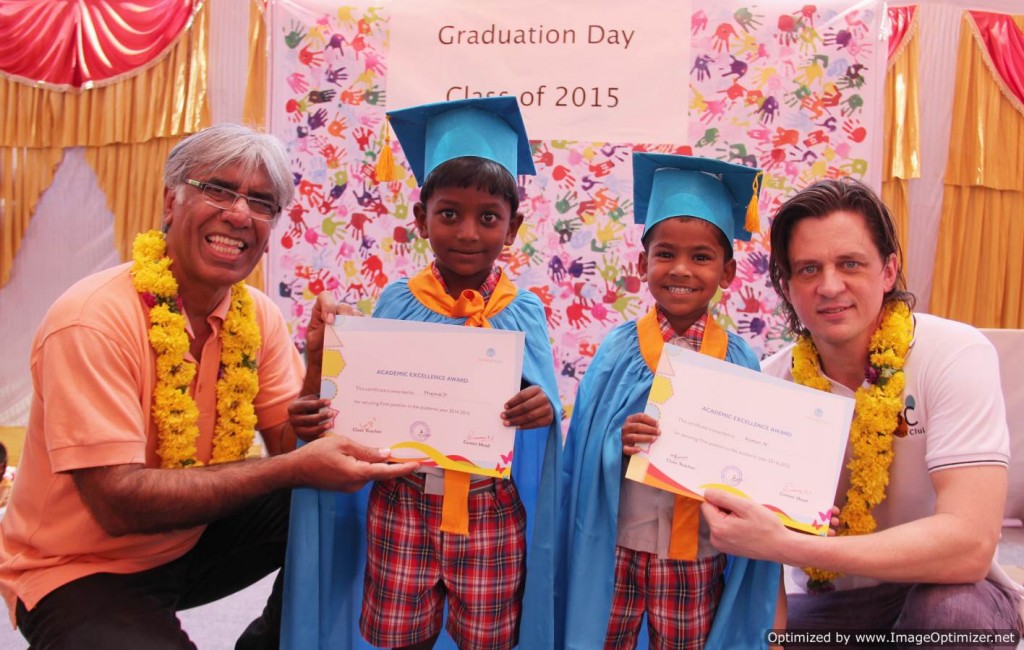 Two outstanding students of the year! 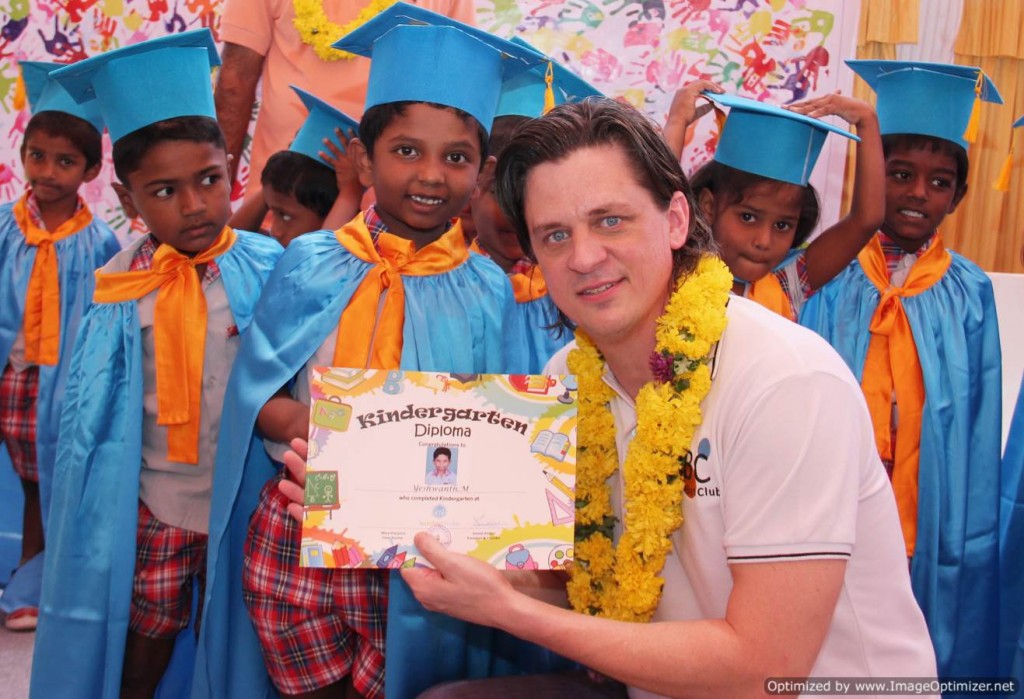 Troy Swanson handing out diplomas to the graduates! 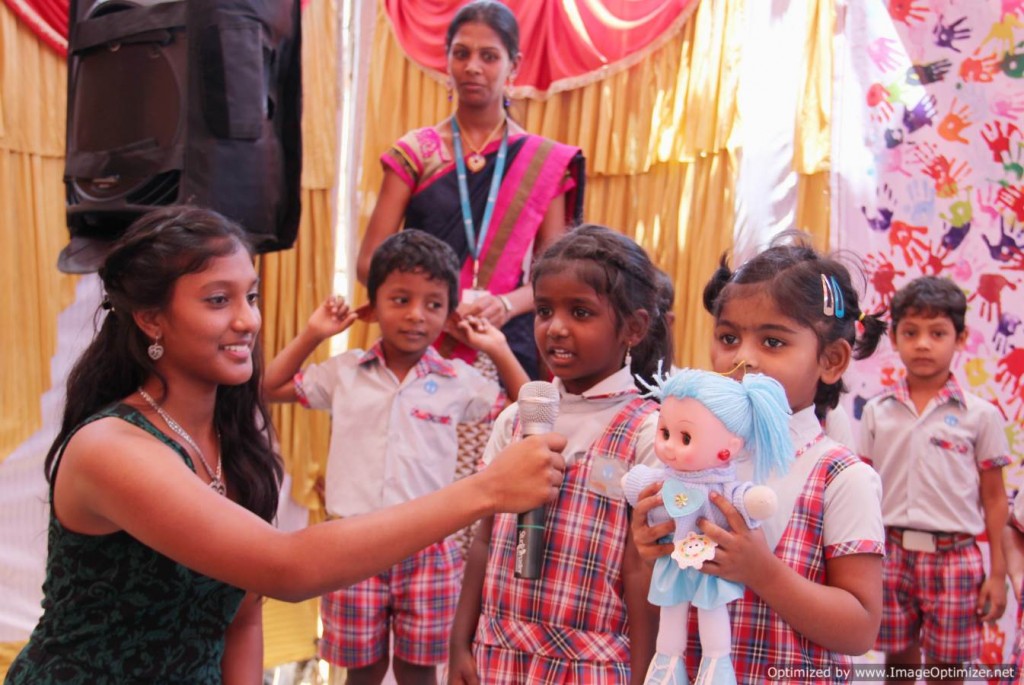 A musical “Alphabet Skit” directed by our volunteers Ms. Sahana Gupta and Ms. Rachana Gupta were showcased by the K5 children.  This was received well by all parents, children and attendees! 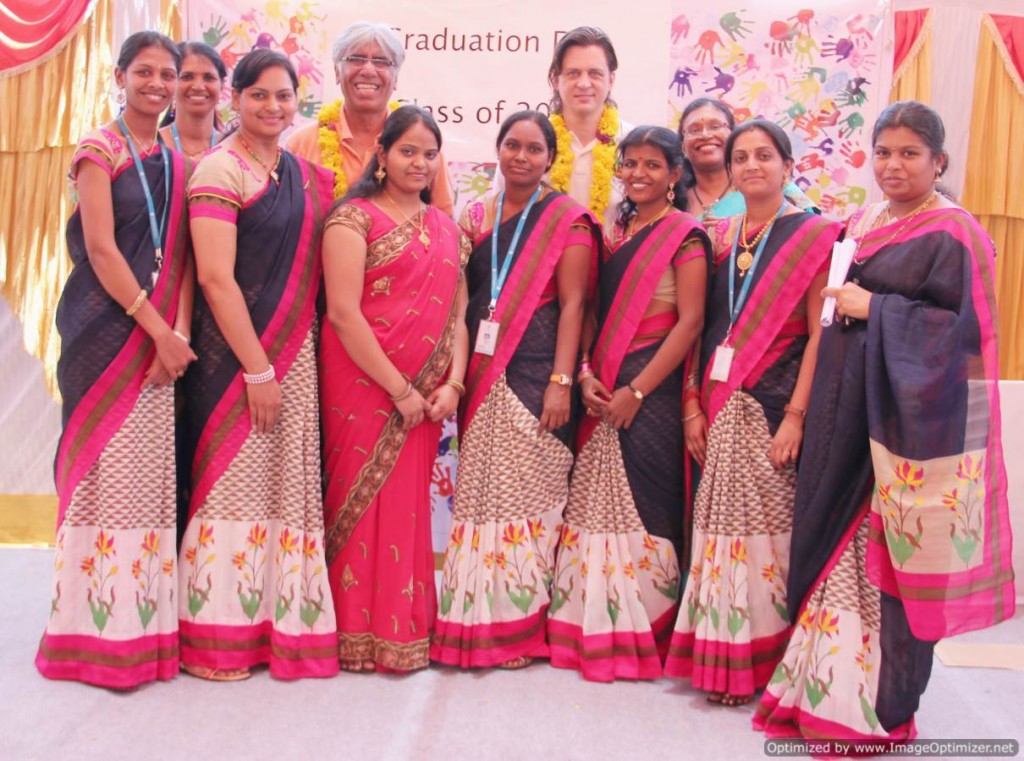 A dedicated Edelweiss Team with whom the ABC Edelweiss School has touched the zenith of accomplishments!

Volunteers play an important an integral part for imparting learning to the impoverished children of Edelweiss.  All year round we have many volunteers who come in and share their expertise with children and teachers.  ABC thanks all its volunteers who have given their time to this project.  A special award was given by Troy Swanson to the 13 year olds, Ms. Sahana Gupta and Ms. Rachana Gupta.  The two sisters have an incredible amount of work that they have done in the 2014-15 academic year which includes raising funds for books, workbooks, shoes, socks, uniforms etc.  They have also spent innumerable hours in teaching dance and music to these children. 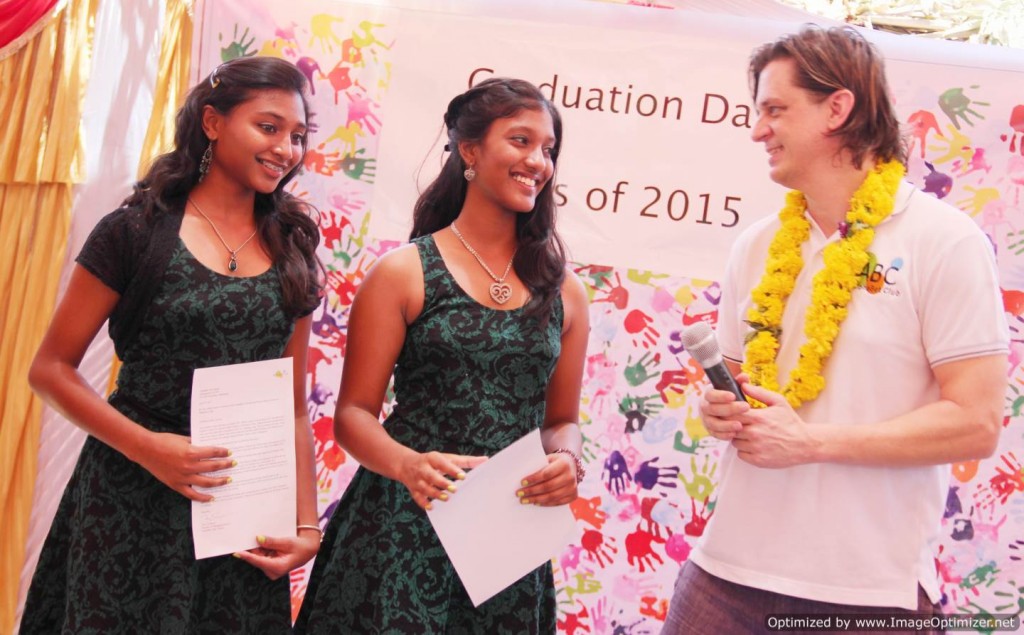 Teddy bears were given away by Troy Swanson, AlphaBet Club to all the children of Edelweiss.  Children were extremely happy to receive these new furry friends. 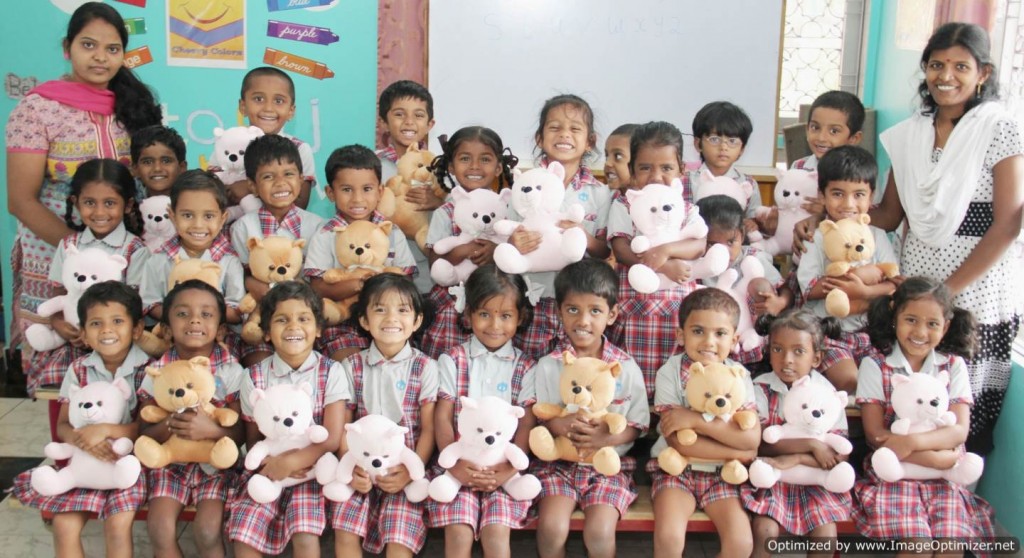 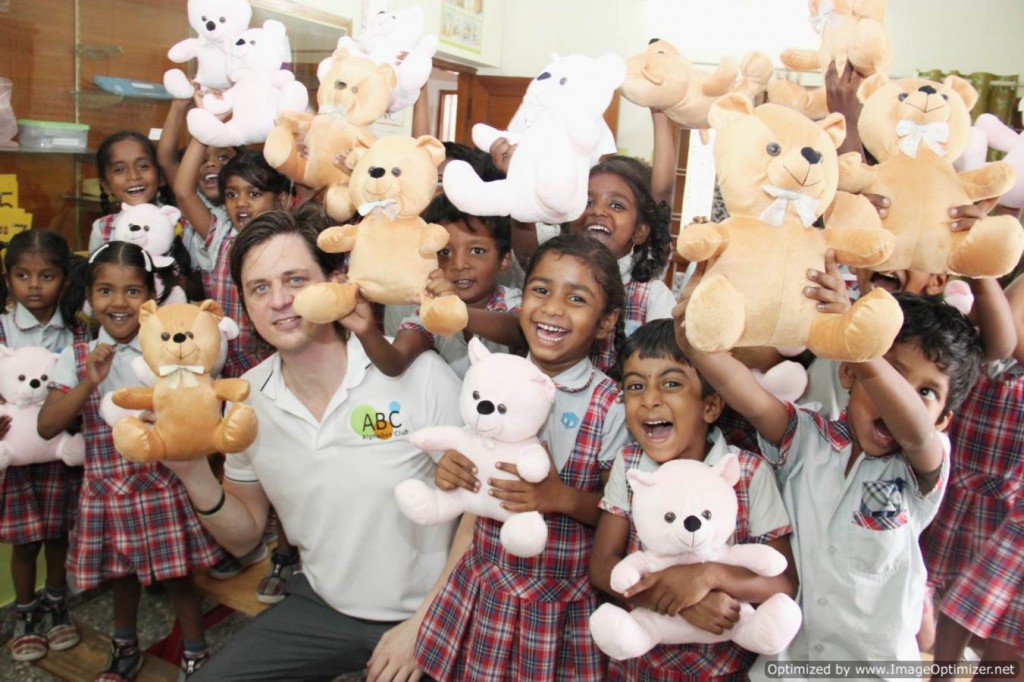